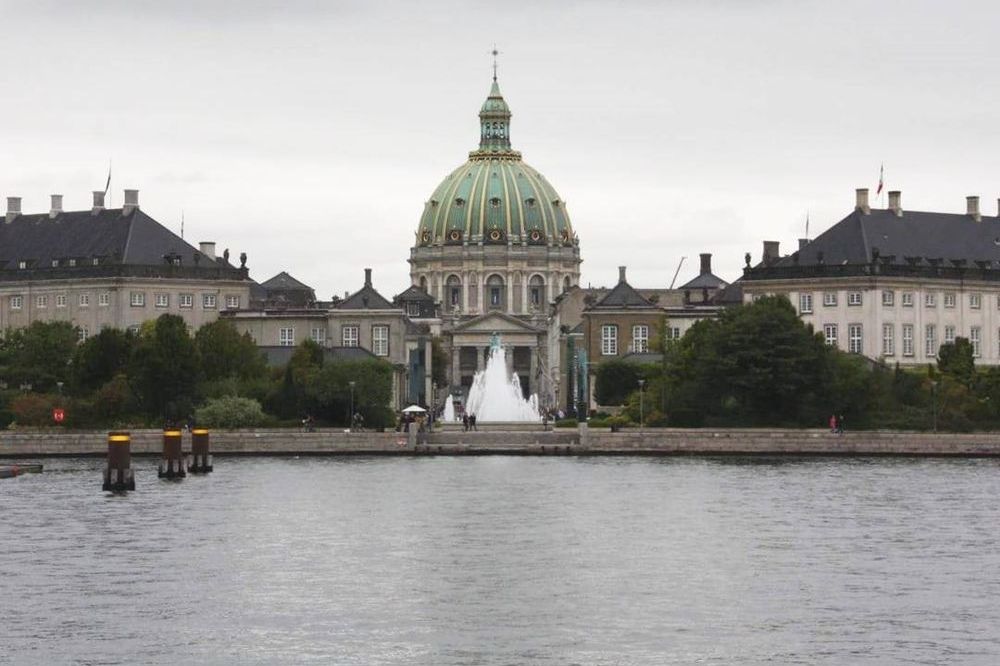 You won’t have a hard time finding something to marvel at in Copenhagen, be it Instagram-worthy architecture, impossibly cute cafes, picturesque parks or charming neighbourhoods filled with unique shops and fantastic restaurants. You’ll likely want to spend as much time as you can in the Scandinavian capital, but if you’re only got 24 hours, here’s how to spend them like a local.

Get an early start and experience first-hand how beautiful Copenhagen is without the crowds. Head to the picturesque Nyhavn (New Harbour) and walk in the footsteps of one of Denmark’s greatest sons, Mærsk Mc-Kinney Møller, a fishing magnate who made numerous donations to this area and walked this route every morning on his way to work. Grab a kanelsnegle (a type of cinnamon roll) and a coffee from one of the small bakeries or cafes in the area, and with that in the hand, stroll up the harbourfront to the Royal Palace (Amalienborg Palace). In the area you’ll also be able to see the Opera House and the Marble Church, as well as check out Amaliehaven, a small park with a beautiful fountain and landscaped grounds. Head onwards along the harborfront and walk directly to meet (and take a few photos with) The Little Mermaid, minus the crowds sure to be admiring her later in the day. Once you’ve nabbed a selfie or two with the city’s iconic statue, head into the Citadel from the back (also referred to as Kastellet), which is one of Europe’s best-preserved city fortresses. Climb the ramparts and take a stroll while you admire the city bathed in early morning sunlight. Continue your morning of sightseeing with visits to Winston Churchill Park, St. Alban’s Anglican Church, and the Gefion Fountain, all of which are near the Citadel. Round out your morning at Designmuseum Danmark, where you can explore both cutting-edge Danish and international design in its many forms, including decorative art, furniture, fashion, textiles, ceramics and digital design. A visit to the Design Museum is a good way to explore Copenhagenen’s culture as well as learn more about the history of design both in Denmark and around the world. Copenhageners deeply value great design, more so than many other countries, so the competition among designers is fierce and you’ll constantly find new creative ideas popping up.

From the museum, it’s about a 10-minute walk to Far’s Dreng on Ny Adelgade for lunch. The cosy restaurant’s menu puts the emphasis on smørrebrod, traditional open-face sandwiches using fresh, healthy ingredients (that are also very Instagram-friendly). Once you’ve eaten, head next door to Tage Andersen Boutique, which many locals call Copenhagen’s magical “rainforest.” Part gallery space, part boutique, and part museum, this is where you’ll find the unique, nature-inspired work of renowned Danish florist and artist Tage Andersen. There’s a fee of DKK 40 just to browse around, but if you choose to buy something, you’ll be refunded.

From there, it’s time to sit down and experience the unique Danish concept of ‘hygge’ over a board game with family, friends or locals. Hygge roughly translates to cosiness, or experiencing a warm atmosphere (think sipping drinks with friends by the fire). Get some hygge into your life at Bastard Café in Magstræde, one of the cosiest streets in Copenhagen. The café has 1,300 board-games available, so it shouldn’t be too hard to find a game everyone likes. 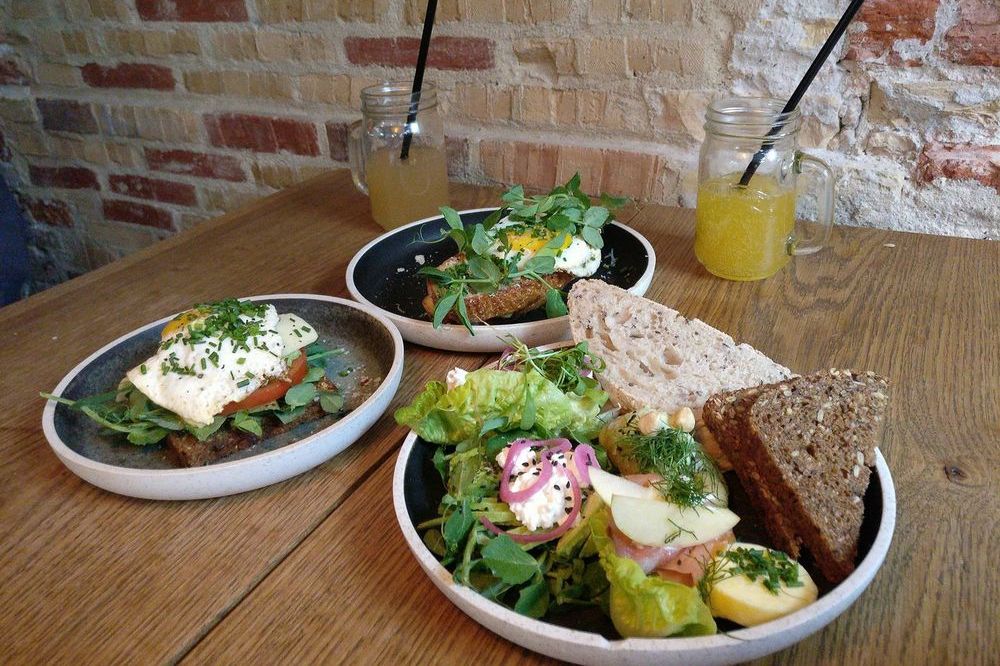 In Copenhagen, bikes are king, so go local and rent a bike from Bycyklen or Donkey Republic, to explore more of the city on two wheels. On your bike, head toward the shopping centre Fisketorvet and you’ll get to the city’s Bicycle Snake (Cykelslangen), an amazing bicycle bridge that connects the city and transports cyclists across the harbour. This leads you to Nokken, a self-built community from the 1930s with over 100 weird and whimsical allotment huts and gardens. From here, you’re only a few minutes away from Amager Fælled, a sprawling (and contested) natural area just outside the city centre that locals have fought hard to maintain in recent years. Right on the other side of Amager Fælled, you can take a peek at some cutting-edge Danish design as you pass Tietgen Kollegiet, known as one of the coolest university dorms in the world thanks to its unique circular design. On this bike tour, you really get a sense of the old and the new Copenhagen and how it comes together. 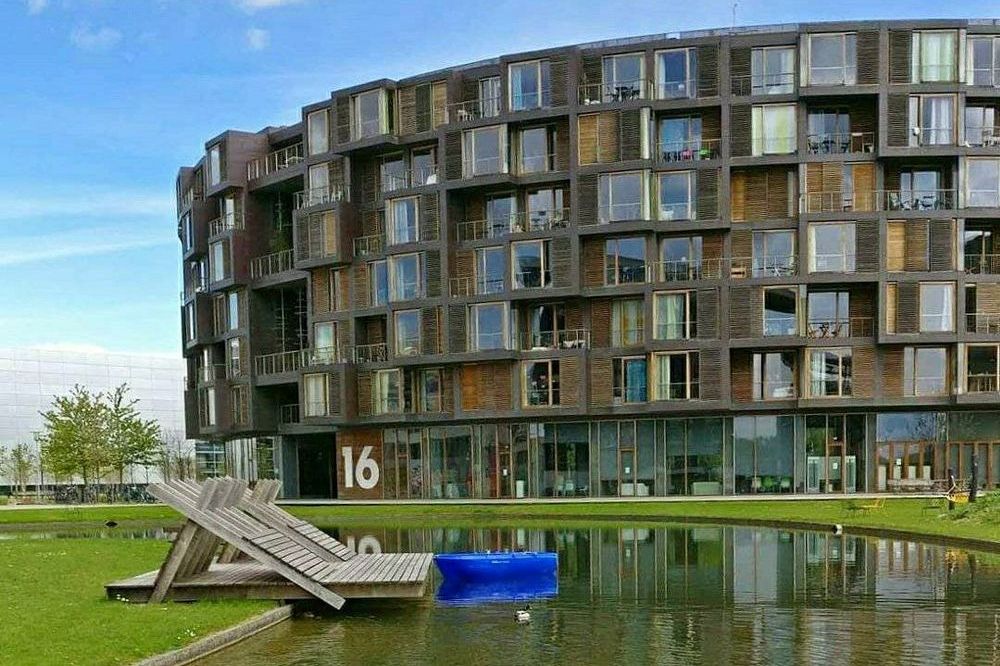 Ride your bike to Kødbyen (enter that into the bike’s GPS to make things easier) for a 15-minute ride to Copenhagen’s meatpacking district. Dock your bike and then you’re ready to spend some time in one of the best areas to go out in Copenhagen. The meatpacking district is located on Vesterbro, which Lonely Planet has called one of the hippest neighbourhoods in the world and is home to a distinctly unpretentious and relaxed vibe. The area is always buzzing at night, since it’s the former red-light district, so start your night with a mouth-watering dinner and then go for beers, ciders or cocktails afterwards at one of the many different bars. Here you’ll discover why Copenhagen is tops on so many foodies’ to-eat lists. Our recommendations for dinner include Fleisch (a butcher shop that’s also a restaurant), the Italian pizza restaurant Mother, the unpretentious fine-dining restaurant Uformel, or the traditional comfort-food restaurant Frk. Barners kælder, which is our favorites. After dinner, check out the new hip gin spot Papa Bird, craft beer spot Fermentoren, the largest cider bar in Europe Holm Cider, or cocktail spot Lidkoeb.

For travellers on a short visit, we’d recommend having a layover that will allow you to spend three hours in the city centre, and another hour for travelling to and from the airport, as well as going through security before your flight.

The best way to get from the airport to the sites is by taking either the metro or the train. The metro is located above Terminal 3 with trains running every four to six minutes. The ride to Nørreport Station (hub in city centre) is around 13 minutes.

If you opt for the train, located near Terminal 3, the ride (also around 13 minutes) takes you to Copenhagen Central Station. If you happen to land in Terminal 1, there is a free shuttle between terminals which takes about five minutes.

If you want to see Copenhagen in two hours in the morning or afternoon, make your way to Kongens Nytorv, or King’s New Square, one of the city’s largest public squares. The square is surrounded by picturesque 17th-century buildings and is also where Strøget (Europe’s longest pedestrian shopping area) ends so you can do some shopping if you’re on the hunt for souvenirs. Also nearby you’ll find Nyhavn, a stretch of brightly coloured buildings and canal side bars and cafes.

If you’re in Copenhagen for an evening or nighttime layover, take the regional train toward København H (The Central Station) and experience Tivoli Gardens at night. Tivoli Gardens is the second oldest amusement park in the world and there’s always something going on. The lights are spectacular at night and the evening usually concludes with fireworks. The 21-acre park is home to rides, shops, landscaped gardens, entertainment venues, cafes and more, making it an easy place to while away a few hours. If you get hungry, Tivoli Food Hall offers cuisines from around the world.