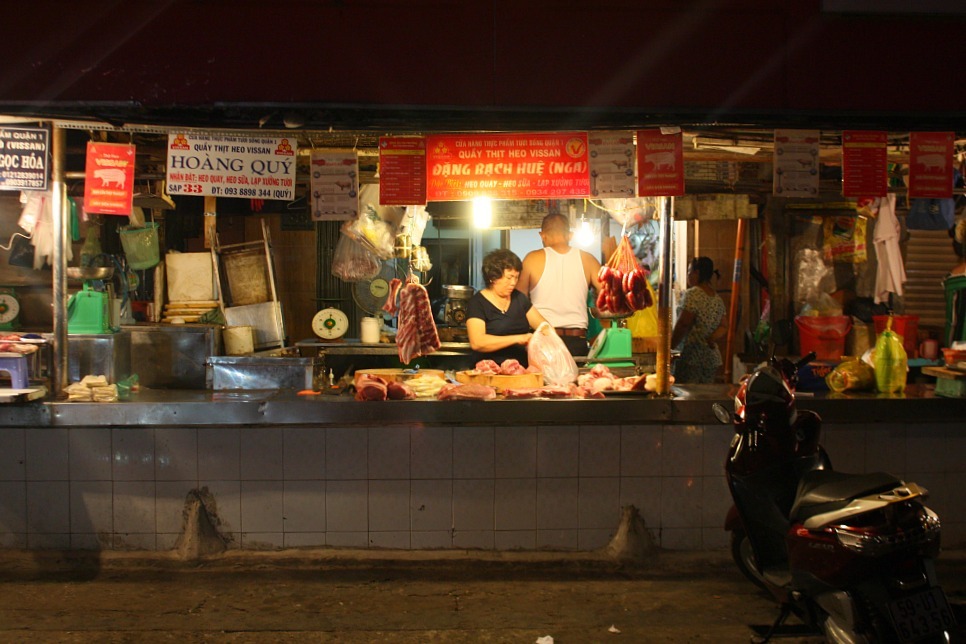 Ho Chi Minh City is one of the most popular cities to visit in Southeast Asia for a reason. The pace is frenetic and the streets chaotic, but the high-octane energy is a large part of the appeal. It sucks you in and takes you along for the ride — and what a fun ride it is! There’s something new to discover at every turn, be it a tiny café serving the best pho you’ve ever eaten, or a bustling market where you can haggle your way to a few fun things to take home. A short visit will offer a taste of what this whirling dervish of a city has to offer and we’re pretty sure you’ll want to make a return trip. Only have 24 hours in Ho Chi Minh City? Here’s some of the best of what to see, do, drink, and eat. Are you ready for the rush of HCMC? | Photo by Janna Bennett

Spend the early part of your visit to HCMC in Tao Dan Park. Located in the heart of District 1, the sprawling green space is perfect for an early morning walk when the park is filled with locals exercising and practicing tai chi. At 24 acres, Tao Dan Park is home to over 1,000 trees, making it particularly enticing in the heat. If you’re in the park in the morning, you might also catch sight of what’s known as the bird café, wherein local bird enthusiasts gather with their feathered friends

Post-park stroll, take the rest of the morning to explore more of the centre of city where you’ll find many buildings featuring beautiful French architecture. Start with the Notre Dame Cathedral, an imposing building erected between 1863 and 1880 entirely with materials brought in from France.

Directly across from the Cathedral you’ll find the Saigon Central Post Office, the largest post office in Vietnam and worth a visit even if you don’t have any postcards to send. Designed by renowned French architect Gustave Eiffel and built in the late 1800s, this isn’t merely a tourist attraction but an actual working post office. Stop by to admire the architecture and to see vintage phone booths and beautiful hand-painted maps on the walls inside.

Just a short walk from the post office is Reunification Palace, made famous around the world when a North Vietnamese army tank crashed through its gates on April 30, 1975 — the act that signalled the end of the Vietnam War. You can visit as long as there are no official meetings or receptions going on.

Not for the faint of heart, but truly an interesting and worthwhile experience is a trip to the War Remnants Museum. Outside of the museum you’ll be greeted with US armoured vehicles, artillery pieces, bombs, and infantry weapons, so you already know you’re in for something intense. Inside, displays and photos cover the history of the Vietnam War and the devastating effect it had on those involved.

After all that sightseeing, it’s time to fill up on pho, of course! And pho is something you won’t have trouble finding in District 1. Pho 2000 is probably the most famous spot to get a steaming bowl of noodle-filled broth in the city thanks to Bill Clinton’s visit there, and where he reportedly loved his pho so much that he ordered a second bowl. You can also hit up Pho Binh for a bowl with a side of history, as this spot also happened to be the secret meeting spot of the Viet Cong, where they would plan their attacks on various targets. If you’re looking for vegetarian food, a good option is Hum Vegetarian Café & Restaurant with locations in both Districts 1 and 3.

Spend the afternoon exploring Chinatown, also known as Cholon, in District 5. Your easiest way to get there from District 1 is to hop in a taxi. Chinatown is a bustling, sometimes chaotic place filled with markets, temples, and pagodas. Start with a visit to Binh Tay Market, the largest in the city. The massive, winding maze of stalls sells goods in bulk (it’s a wholesale market) although you can purchase individual items from most stalls and bargaining is encouraged. This market is geared more toward locals than tourists, making it a good way to get a better peek into local life. If you get hungry, there are food stalls dotted around the market selling Chinese-style street foods. 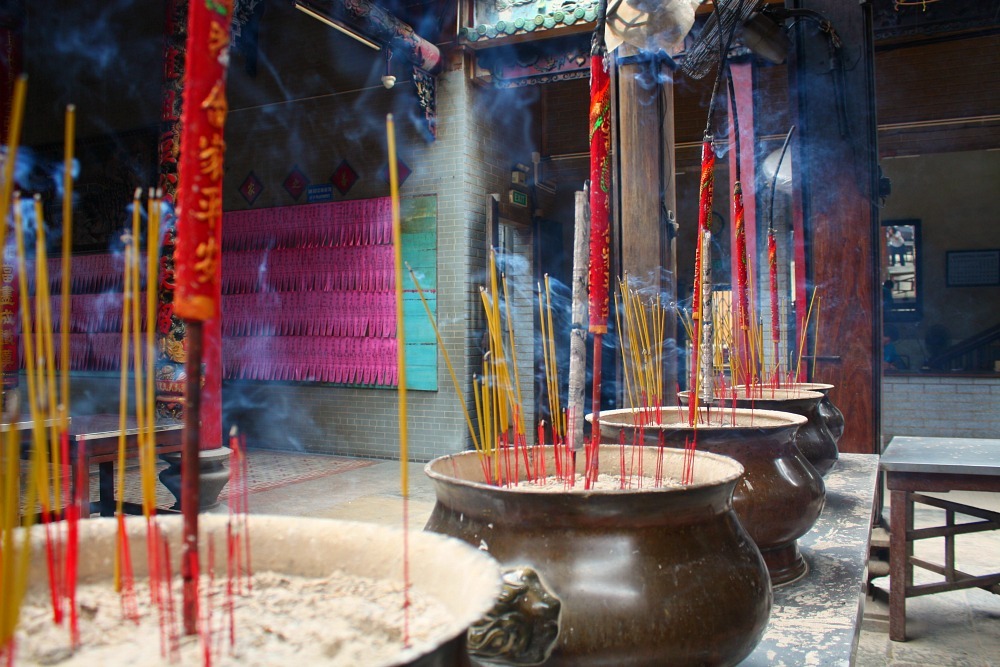 After exploring the market, make time for a few pagodas. Some of the most famous include Thien Hau Pagoda and Quan Am Pagoda. Thien Hau Pagoda is known not so much for its size or carvings, but more for all the incense that burns inside it, including from large coils hanging from the ceiling.

In the evening, take a 10 to 15-minute taxi ride back to District 1 and stop at Ben Thanh Night Market. If you get there around 6pm you can see the flurry of activity that is vendors setting up, which in itself is quite a spectacle. The market opens by 7pm and while there won’t be as much to shop and browse as there is during the day, the atmosphere is much different and worth a wander. Once you’re done browsing for clothes or souvenirs, start making your way around the many food vendors to see what revs your appetite. There are many options to choose from and you should be able to find a cheap and filling meal.

Once you’ve shopped and eaten your way through the night market, splurge on a drink with a view at either Chill Sky Bar or Eon Heli Bar in Vietnam’s tallest building, Bitexco Tower.

For travellers on a short visit, we’d recommend having a layover that will allow you to spend two hours in the city centre, and another hour for travelling to and from the airport. For a safe bet, give yourself a total of at least three-and-a-half hours to see the sites and get back to the airport.

The best way to get from the airport to the sites is by taking a taxi into District 1. You can get a taxi from the main taxi queue at the airport after exiting the terminal building. The queue will be on your left. Just remember to ask the driver to turn on the meter before you get going.

If your layover has you in Ho Chi Minh City in the morning or afternoon, get a general feel for the city with a visit to the Notre Dame Cathedral and Saigon Central Post Office right across the street. Then walk down to the Saigon Opera House to take in the stunning architecture, and finish with a stroll along Nguyen Hue walking street to see City Hall. If you have time, stop by Ben Thanh Market to do some shopping.

If you’re in Ho Chi Minh City for an evening or nighttime layover, head to Nguyen Hue walking street, where you’ll find many cafés and bars to experience some of the city’s best nightlife.