Blog > 4 reasons why Domažlice is divine 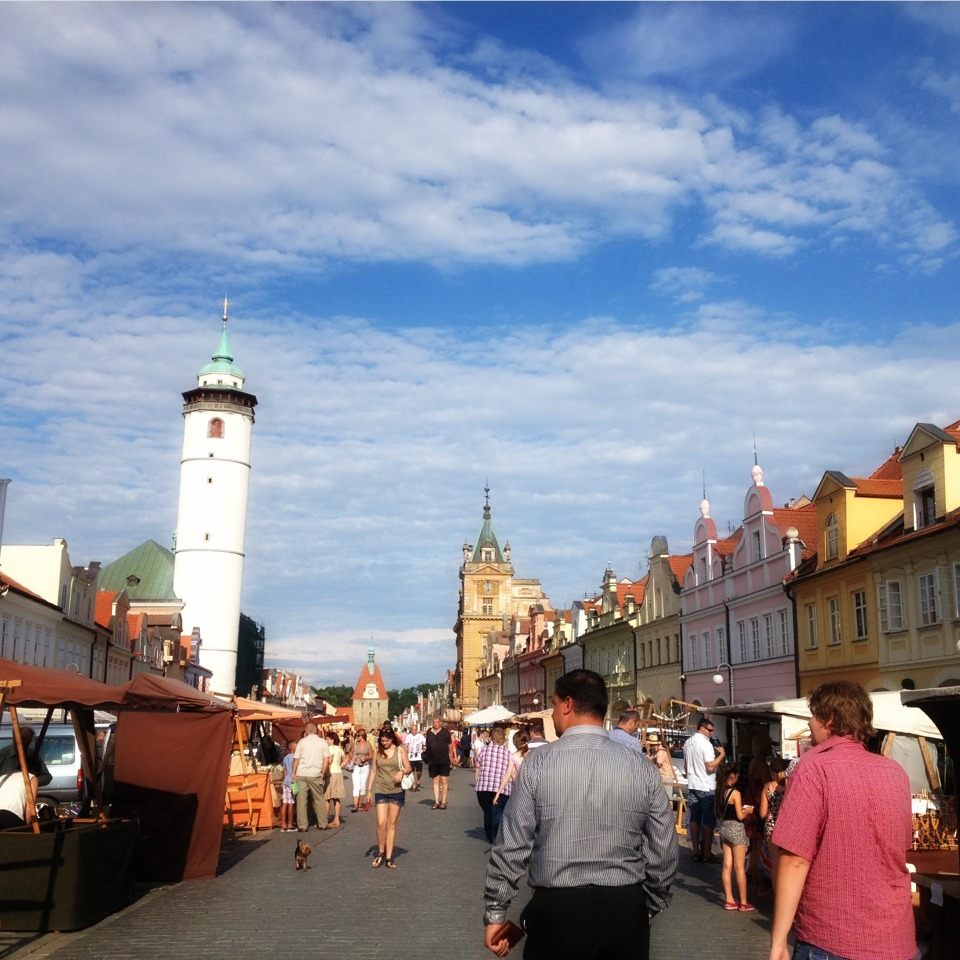 4 reasons why Domažlice is divine

Prague is a beautiful city, with all of its magical spires and twisty-curvy roads of Old Town. But sometimes, it’s nice to take a few days to get away to explore the Czech countryside and take in the sights. While Prague has my heart, I will be the first to admit that to get a real feel for the Czech culture and people, it’s imperative to head out of the capital at least a few times.

When it comes to escaping the “busy-ness” of Prague, there are a myriad of options, but for a gorgeous weekend, there is no better place to explore a slightly different version of Czech culture than in Western Bohemia — specifically, the town of Domažlice. Domažlice is located two hours by car or three hours by train from Prague in the Plzeň Region, but the trek is well worth it, especially if you make it in time to visit during Chodské slavnosti, the town’s annual cultural festival. Here’s why it’s so great:

While the countryside all over the Czech Republic is wonderful, the areas around Domažlice are a feast for the eyes. For me, the surroundings look especially like the rolling hills and forests I pictured in all those fairy tales while growing up, and the beauty still remains even on a dreary, foggy Czech fall or winter day, which is quite the accomplishment. When the weather is nice, it’s a perfect place to take a cycling trip or hike “in the nature,” as the locals say. If rolling hills and meadows aren’t necessarily your scene, Domažlice lies right next to the Bohemian Forest bordering Bavaria.

You can taste lots of local treats

You can find the Czech pastry koláče in just about every bakery throughout the country, but you won’t be able to have the same kind of treats you can find in Domažlice, which lies in an area called Chodsko. The Czech cakes from this region, called Chodské koláče, are large pizza-shaped pastries filled with almonds, plums, poppy seed, and creamy cheese to make decorative designs in the center. Not only do they look great, but they also taste great too — and there’s no better place to get them than straight from the source! You can see authentic Bohemian folk costumes in real life

While most of the people walking around town will be dressed in today’s fashions, Domažlice is a hub for Czech folk culture, and, as such, kroje, or Czech folk costumes, are frequently worn. Today, most people only wear them during the town’s August folk festival, Chodské slavnosti, but if you wander around the smaller villages or head to a church service, you just might spot a babička or two dressed to the nines in her folk costume. These outfits are specific to this region of the Czech Republic, and in the past, towns and villages would rely on clothing to identify where a person was from and their availability for marriage.

The local music scene is not what you’d expect

Domažlice isn’t your average Czech town and its local music scene is no different. My friends and I always joke that it must be a requirement to live there to excel with at least one musical instrument. This observation is almost completely true — especially during Chodské slavnosti, when it seems as if the entire town is involved in one folk music ensemble or another. At the very least, everyone in town is able to mumble through the regional folk songs after a few beers with a surprising amount of musical talent.

But there’s one other thing that’s special about the music in Domažlice: bagpipes!

Yes, you read that right. This small town in the Czech Republic is famous for its pipers, although not of the Scottish variety. To give a short historical shout-out, this particular brand of the instrument is a leftover of the ancient tribes of Celts who lived with Czechs and Germans in the Czech lands long ago. Domažlice is one of the few Czech towns where the Bohemian bagpipes, or dudy, are played with regularity. The pipes are unique — made from a goat and not requiring the player to constantly blow into the bag to inflate it, but instead to pump it with a bellows. This lends a special sound to the folk songs from the region, as well as allowing the piper to sing along with the rest of the group. Even if folk melodies and bagpipes aren’t for you, it’s worth seeing, because hey, how many other times in your life are you going to be able to say you heard music played from a dead goat?!

Curious about the Czech Republic? We’ve got you covered with our Prague city tours!