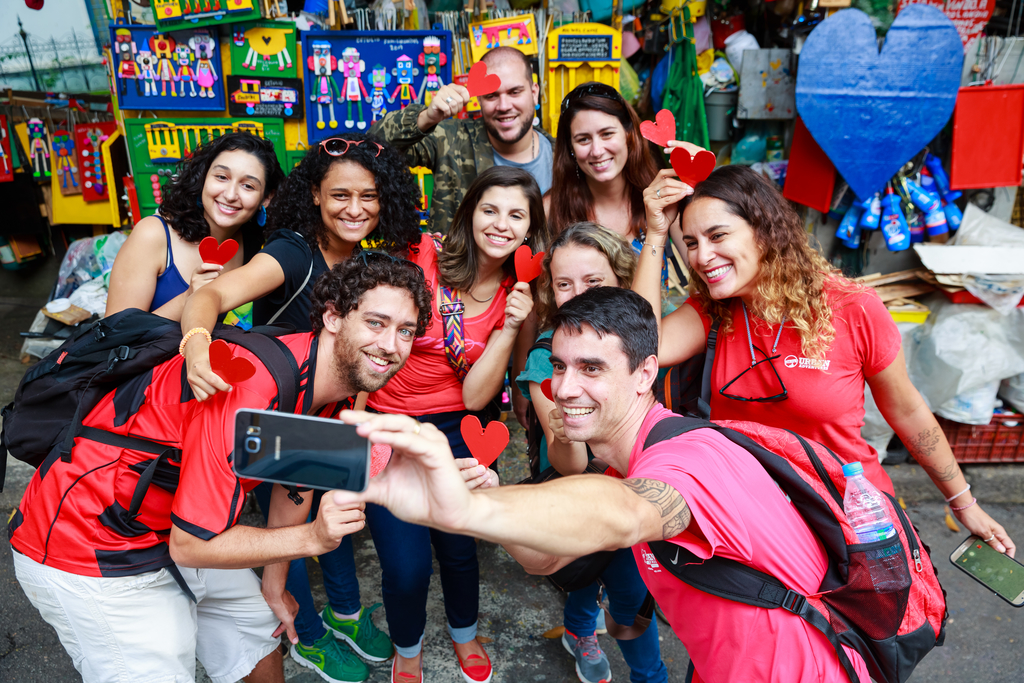 We live in an age where the idea of “learning” has become a bit misconstrued. We bumble in our pockets, pull out our devices, and consult the all-knowing gods of the Internet to settle matters both mortal and immortal.

But when we decide to go on our tour, we’re looking at ourselves in the mirror and saying, “I want to know more, I want more than a screen!” Tours are for those of us who want to go to the source of the rushing waterfall, and avoid that tepid grocery store bottle of water. So many people (guides in particular) have stories to tell and tours, for the most part, are simply the curation of a story which no longer needs a page to be caged on.

Recently, I went on the Beer Makes History Better Tour in downtown Toronto, and it’s incredible how the streets sprung to life with stories I’d never heard. I’ll be frank; I went on the tour largely because of my love of beer, but I’ve always been a history aficionado of sorts as well, so I took a chance, had an open mind, and now there’s entire area of Toronto that I associate with something totally different.

I love to roam around uninhibited as much as the next person, and I do that quite frequently, but I’ve come to understand that tours offer genuine value because, more often than not, what I can learn from a person or guide trumps what I can learn when left to my own devices.

There are a number of reasons why I feel a tour can genuinely help you to discover a city, but the following are a few I feel especially strongly about.

No matter how hard I’d like to buck the trend, I cannot become an expert on something in a day, so, every once in a while, it makes sense to spend the day with an expert. Any tour worth its name will be led by someone with a deep and sincere knowledge of what they’re showing you.

I can distinctly recall being on a walking tour in the Czech Republic, and I was following our tour guide, Jan. He painted a picture of the Old Town Square during the Velvet Revolution of 1989 that blew me away. It would have been easy to focus on the beauty of the square in modern times, but Jan forced me back, which allowed me to see the square in a different light. I can read any number of guidebooks, but looking into the eyes of someone who has been there and seen it is an experience you cannot replicate in book form or otherwise.

An exceptional tour will be guided by someone who can, through their understanding, bring you back to another time, or contextualize the modern era. This doesn’t just go for history, either! I’ve had tour guides accomplish exactly that at art museums, during a music demonstration, or at a food festival. A tour guide is going to be able to thread a string from the past, to the present, to the future because of what they know that you might not.

Personally, I love to go on a tour the first day I arrive in a city. It instantly contextualises the city for me but, more importantly, it lets me know what I need to follow up on. I remember taking one particular tour when I first arrived in Dublin, which focused on the famed Irish writers that, at one time or another, called Dublin home. I’ve always been a voracious reader, but learning more about the works of James Joyce, Oscar Wilde, Jonathan Swift, W.B. Yeats and more changed the way I experienced the city.

In light of the tour, I bought a fair amount of work from those famed writers, and, truth be told, that shaded my whole experience in the city and country. At one point, I took my copy of The Dubliners by Joyce to what is now O’Connell Street and went back in time. The tour completely changed the way I perceived and experienced the city, and drove me down a deeper path of understanding.

The tour on the first day didn’t revolutionise my understanding of the city, but it did force me to recognise that there was more I needed to know, and I needed to address that curiosity. I always think of it as taking the first day to build a little house, then spending the rest of the time figuring out what needs to strengthened, supported, and what belongs inside.

There’s a reason we don’t go to plays on our own — there’s value in a shared experience. I’ve met people on tours who have become some of my closest friends. The truth is, if you’re thinking of going on a tour, it means you’re probably already the kind of person who is fascinated by the world around you, and looking to engage with it on a deeper level. Guess who else is likely to be like that? Every other person on that tour.

On a tour, new friends are practically guaranteed

I’m not saying that going on a tour is the quintessential mark of an intelligent being; all I’m saying is that the likelihood of finding someone on your wavelength on the same tour is fairly high. It’s not going to take much kindling to take two whiskey lovers on a whiskey tour to bond over a glass of whiskey.

One of the primary reasons I actually go on tours is to meet new people. I detest the idea of getting caught doing the same thing with the same people for a small eternity. Consider a tour a pleasant way to step out of your comfort zone and, quite possibly, redefine it.

As it turns out, walking tours involve a fair bit of walking. When you’re on a tour, you don’t have to deal with that feeling of being inside your house, wondering what the big wide world has on offer. In fact, you’ve investigated what it has on offer, and you’ve made your decision to dive deeper.

It’s not just about being “physically active” though, either. We all need our fair share of mental exercise. While a day of Netflix certainly offers its own allure, I’ve rarely heard anyone I’ve gone on a quality tour with yearn for the warm crevice of their favourite couch.

I can still distinctly recall taking a tour out of Leon, Nicaragua, where we hiked the nearby mountains and hills. I may have had a beverage or two the night prior, but I felt sprite as could be, especially thinking of others in my hostel who had turned this down. This was all capped off with “volcano boarding,” which is, more or less, tobogganing down a volcano. What’s Netflix, again?

You know that feeling you get when you’re about to do a long drive and remember that you’re only required to be a polite passenger? That’s being on a tour. You get to enjoy all the scenery, without worrying about the guy who is in front trying to cut you off.

I do love being the driver sometimes, but there really is value in going on a tour and not having to worry about logistics. In a very real sense, you’ve paid to have your worries and concerns alleviated, and for the opportunity to just focus on the experience at hand. The kinks of a good tour will have been painstakingly ironed out, and likely a few dozen times.

All you have to do is to be open to new information, and give yourself to the experience, and it really is a huge weight off your shoulders when you know someone else is dealing with the nuts and bolts.

To tour or not to tour

Let’s be frank, going on tours is not for everyone, but, at the same time, not all tours are created equal. While I might thrive on a beer tour, someone else might adore a tour that deals with street art in an off-the-beaten path area of your city. It’s not a one size fits all approach, and that’s the beauty of it. You can find your tour.

It’s not the only way to discover a city, true, but I’d also argue that there are few better ways to get under the surface of a destination. Not to mention, sometimes it’s nice to just put the phone down and perhaps even turn it off. It’s nice to see what you and your group might find with the help of someone who, in all likelihood, knows just what path to take you down.

What lockdown has been like in India
A guide to Prague’s Christmas Markets
A quirky alternative to the standard London Christmas Party in 2019
Best Christmas Markets in Europe 2019 – Shopping, eating and drinking guide
12 Best City Breaks for TV fans