Blog > Are we okay continuing to shop, until they drop? 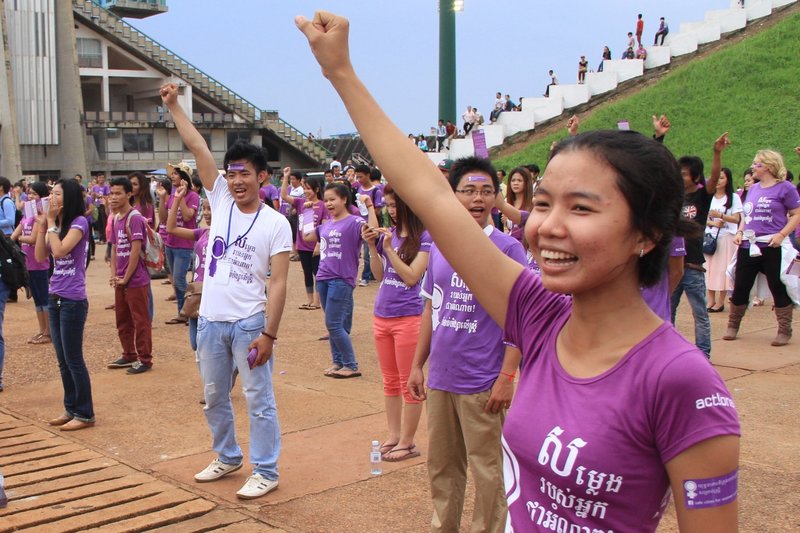 Are we okay continuing to shop, until they drop?

When travellers head out to markets in search of souvenirs, they often don’t know if the goods they’re buying are made locally or responsibly. Instead of supporting touristy markets selling mass-produced imported goods, Urban Adventures wants to highlight the independent artisans who are preserving local culture — and through that, keep money within local communities. The below explains how we got to this point.

Emphasis on cheap goods and easy access has turned modern retail into a cruel industry. A recent Oxfam report on Australia’s garment industry estimates that in countries such as China and Cambodia, an average of only 4% of the retail price of a garment goes back to the factory worker, who also typically live in horrific conditions. In countries like Bangladesh, where the minimum wage is lower, that figure drops to just 2%.

Late last year, Urban Adventures partnered with ActionAid Australia to combat the mistreatment of female garment workers, who beyond their pay situation are also often at risk of rape and robbery when they leave their jobs late at night due to poor public services and minimal policing. This year, Urban Adventures will raise close to $100,000 (AUD) supporting women workers’ rights in Cambodia via ActionAid’s Safe Cities program, which promotes advocacy and action for women globally. The video explains a bit about the people we are aiming to help via Action Aid and how they are going about it on the ground. It is inspiring stuff.

Beyond The Garment Factory’s Floor from savann.oeurm on Vimeo.

Our work with Action Aid made us think about the machinations of production and shopping and led us to ask ourselves what more we might be able to do to connect our travellers to shopping options which support the local micro-entrepreneur and how we might be able to play a small part in even keeping dying arts alive. The culmination of that thought process has led us to create a new product line-up, called “Made In…,” as a way to turn the typical tourist’s shopping experience on its head.

The ‘Made In’ line-up is designed to be more than just a shopping tour — actually nothing like a typical shopping tour — offering travellers the chance to not just find unique souvenirs on their travels, but to find souvenirs that are produced in a way authentic to local culture. This new range is designed to subtly educate travellers on the importance of shopping locally and directly wherever possible, so that artisans, employees and micro-entrepreneurs can make a proper living from their work. For example, on our new range, travellers can shop for jewellery that’s been made from old coins by refugees living in Delhi or purchase artwork made from recycled metal and designed by disadvantaged locals in Amsterdam. All tours place a strong focus on preserving cultural traditions and heritage, from traditional ceramics in a Krakow pottery shop to

Like all our products, it is the interaction with local people that makes the difference. For our Made In range the tag is “Souvenirs with Stories” because it is the maker’s backstory as told firsthand by them, as much as the good or service which makes the experience. Personally I would normally rather poke my own eyes out than go shopping but when travelling, it is actually the opportunity to engage with people that makes shopping interesting. We will normally bring something home, something bespoke, unusual, handcrafted that becomes a talking point for people who come around to visit. That talking point inevitably is the crafts-person and the time we spent with them. This is the experience we want to open up to everyone and hopefully be the antithesis of that unexpected stop mid tour at some spot selling mass produced junk with aggressive and pushy sales people. You know what I mean — we’ve all been there.

‘Made In’ tours are the next effort in Urban Adventures’ mandate to only offer tours that support small, local independent businesses. On this coming #shopsmall Saturday you have the chance to be one of the first to participate in the range in series of pop-up events we are organising. These events are happening in cities as diverse as Delhi, Chiang Mai, Santo Domingo, New York and Melbourne. There are 9 cities all up and in some it is the only event happening we know of to support #shopsmall.

To our friends, colleagues, partners and supporters I’d like to personally extend the invitation to attend with a 50% discount using code SMALL50 for you and anyone else you think might appreciate a shopping outing with a difference.

If you’d also like to support the work Action Aid are doing to make our cities safer for their women residents you can donate here.

This is the world’s best beer tour, here’s why
Where to watch football in Vienna
The Street Food 50 list for 2020 has arrived!
Lonely Planet Best in Travel 2020: What not to miss according to locals
Lonely Planet Experiences powered by Urban Adventures are here!