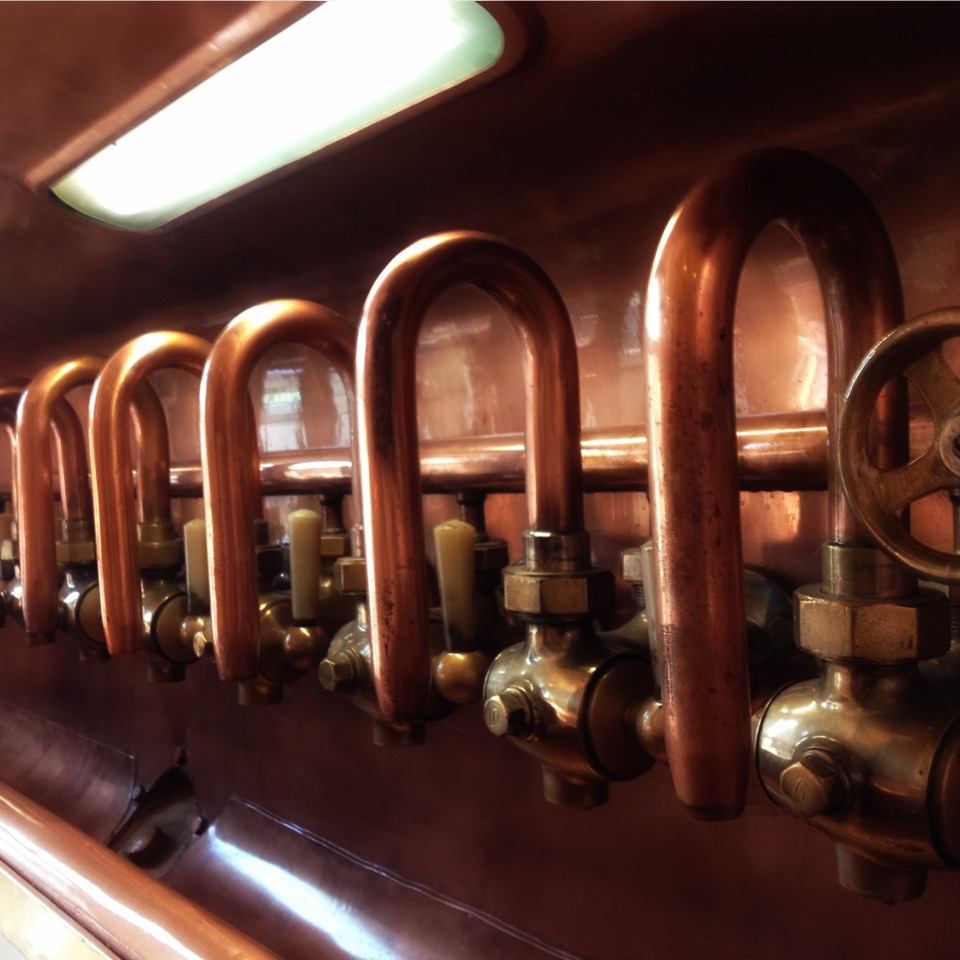 Most people who come to the Czech Republic are immediately inundated into the culture via the many different Czech brews on tap, paired with hearty meals of dumplings and gulaš. We here in Prague are constantly telling people to try our various types of beer and each time we wait, with baited breath, hoping that our traveller friend will concede that, yes, this beer is one of the best they’ve ever tasted. And while this beer may or may not in fact be the best beer, and maybe your friend is just trying to appease you, there is one place where you can be sure of getting an honest and unfailingly positive answer: the Pilsner Urquell brewery in Plzeň — or Pilsen, as it’s referred to in English. Pilsen is a town located about an hour and 45 minutes from Prague, making it perfect for a day trip. You can get there either by bus (we recommend the Student Agency company here in CZ, which has personal televisions and a free hot drink for every passenger) or via train, which has the charms of seeing the countryside, including Karlštejn Castle, as you zoom along. Transport is located close to the city cente with trains and buses going to and from Prague every 90 minutes, so you don’t have to worry about being stranded.

The walk to the brewery isn’t far, but it is located a bit outside the city centre, which is worth visiting for its own charms — most notably St. Bartholomew’s Gothic Church, which boasts the highest church tower in the Czech Republic along with one of the most stunning views. There are few things more rewarding after climbing a seemingly endless set of stairs than being greeted by a refreshing, cool breeze and the layout of the city as only the birds know.

It should also be noted the Pilsen has a storied wartime history a bit different from the rest of the Czech Republic. While the Yalta agreement between American president Franklin Roosevelt and Soviet leader Joseph Stalin decreed that the Czech Republic would be liberated by the Soviet forces, Pilsen lies on the other side of the demarcating border, meaning that it was able to be liberated slightly sooner than the rest of the Czech Republic by General Patton and his troops. Because of this, there’s a monument and even a springtime festival celebrating the arrival of the Americans and even some remaining goodwill in the city towards those who hail from the land of stars and stripes… but enough wartime history for now — let’s move on to the good stuff, the beer!

The Pilsner Urquell Brewery is the heart of Pilsen’s identity, and holds a special spot in the Czech Republic’s identity as a whole. Though people may say they prefer a different brewery or type of beer, it was in Pilsen that global beer history was made. Beer may have been around since the times of the ancients, but for much of that time, it was not refined or even pleasant to taste. Brew master Josef Groll and the town of Pilsen sought to put an end to this, and in October 1842, the first batch of bottom-fermenting lager was invented, setting the scene for a revolution in beer-making and giving birth to an entire style of beer, named after its birthplace; the Pilsner was born.

The brewery boasts truly impressive facilities that any beer aficionado would be thrilled to explore, including the biggest pub in the Czech Republic (where you can also get a great lunch or dinner after taking a tour of the premises). The food is delicious and fresh and above all, authentically Czech — and goes best when enjoyed with a cold beer. To get the true Pilsner Urquell experience, however, you must join one of the daily brewery tours, which embark from the welcome centre multiple times a day and in a variety of different languages. Be warned though, photography on the tour is only permitted with the purchase of a special sticker (we’re here to save you the embarrassment of being admonished by your guide). The guides are all Pilsen locals who will happily tell you about the brewery’s history and answer any questions you may have about the city of old and today.

On the tour, you’ll learn the history of the first fabled batch of Pilsner beer before being whisked off in a beer-themed bus (what else?) and taken to the bottling centre, the last stop before the finished product is distributed around the country and to the rest of the world. You’ll also visit the brew house and the cellars, and learn about some of the local landmarks — as well as the lore behind them. By the end of the tour, you’ll definitely be an amateur expert on the city of Pilsen, or at least the area around the brewery. (Tip for your visit to the cellars: bring a jacket or sweatshirt, along with some sturdy, waterproof shoes.)

Of course, all good things come to those who wait, and you’ll eventually make your way down to a cask-lined hall full of fermenting lager. It is from one of these casks that a grizzled but kind old Czech man joins you and fills you a cup of the glorious amber-coloured liquid. This cup contains a generous sample of unfiltered, unpasteurized Pilsner Urquell beer — the same kind that was brewed in 1842 at this very location. This beer is not available in many places off the premises and almost never outside of the Czech Republic. It is worth the travel from Prague to Pilsen just for the chance to sit back and savour the taste of fresh, malty history on your tongue. As the Czechs say, “Na zdraví!”