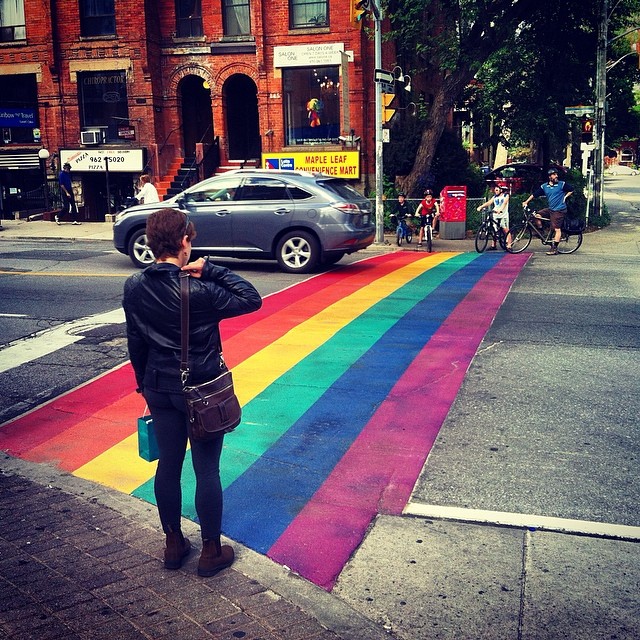 Best cities for showing your Pride

There are some cities that just know how to do Pride right. We’re talking going far beyond hanging a few rainbow flags in windows, and instead throwing the biggest, baddest parties to celebrate who you are — from sexual orientation to gender to race to age. Because while Pride started as a recognition of the gay/lesbian/bisexual/transgender lifestyle, over the years it has morphed into something that’s not just about honouring sexual preferences. Yes, that culture is still the crux, but Pride parades and parties are also about casting aside judgement — not just toward others, but also toward yourself — and coming together as one, big, accepting family. Here are some of the top cities for getting into the Pride vibe.

Canada’s largest city is home to one of the world’s largest pride celebrations, featuring 10 days of live music, DJ dance parties, beer gardens, marches, a massive parade and all-round festivities that take up several blocks of the downtown core. Like many of the Pride celebrations around the world, Toronto’s Pride Week had its beginnings as a form of protest against government treatment of the LGBT community, after a series of Toronto bathhouse raids by the police in 1981. Since that time, it’s grown to an event that’s attended by police officials, politicians and local celebrities.

The City by the Bay has long been seen as one of the main hubs for the LGBT lifestyle in the United States, with a thriving nightlife and plenty of cultural events and memorials recognising San Francisco’s legacy in LGBT history. The city’s Pride festival has been happening for more than 40 years — it famously began June 28, 1970, on the one-year anniversary of the a police raid at the Stonewall Inn in New York City’s Greenwich Village. The raid had sparked widespread rebellion against government oppression of the LGBT community and led to Pride marches in New York, Chicago, Los Angeles and San Francisco, as well as around the world.

Sydney’s Gay and Lesbian Mardi Gras runs in the early spring — coinciding with Mardi Gras celebrations around the globe. In addition to the main parade and party, the festivities also include live entertainment such as cabarets, comedy shows, live music and theatrical performances. Like many other pride celebrations, Sydney’s started as a show of solidarity with other cities in response to the Stonewall Riots in New York. For Sydneysiders, the celebration is more than just recognising sexual orientation — it also recognises a civil rights win for the general population; after several protestors were arrested and beaten in the original march in 1978, legislation was changed, removing the clause that allowed the arrests, and abolishing the requirement for permits for organised protests.

Also called CSD for Christopher Street Day, the Berlin Pride festival is another event held in memory of the Stonewall riots (the riots took place on Christopher Street). Since its beginnings in 1979, the festival has grown to be one of the biggest LGBT celebrations in Europe, and one of the biggest events in Berlin. In addition to all the parties, there are also performances, exhibitions, lectures, films and concerts, all of it finishing off with a massive parade and rally.

One of the newer Pride festivities is Tokyo’s Rainbow Week, which launched in 2012 (however, Pride parades have been taking place in Tokyo since long before there was an official festival). The event is intended to raise awareness of the LGBT lifestyle (often viewed as being only a part of Western culture). Homosexuality is not illegal in Japan, nor does it suffer from religious-based discrimination like in many Western countries; however, it’s often misunderstood amid the culture’s strong traditional family values.

What to do in funky Kreuzberg, Berlin
Step back in time for a 1,000 year old Japanese sweet treat
Best street food in Sydney: Great Aunty Three
Our 6 favourite social enterprises that empower women
12 Best City Breaks for TV fans