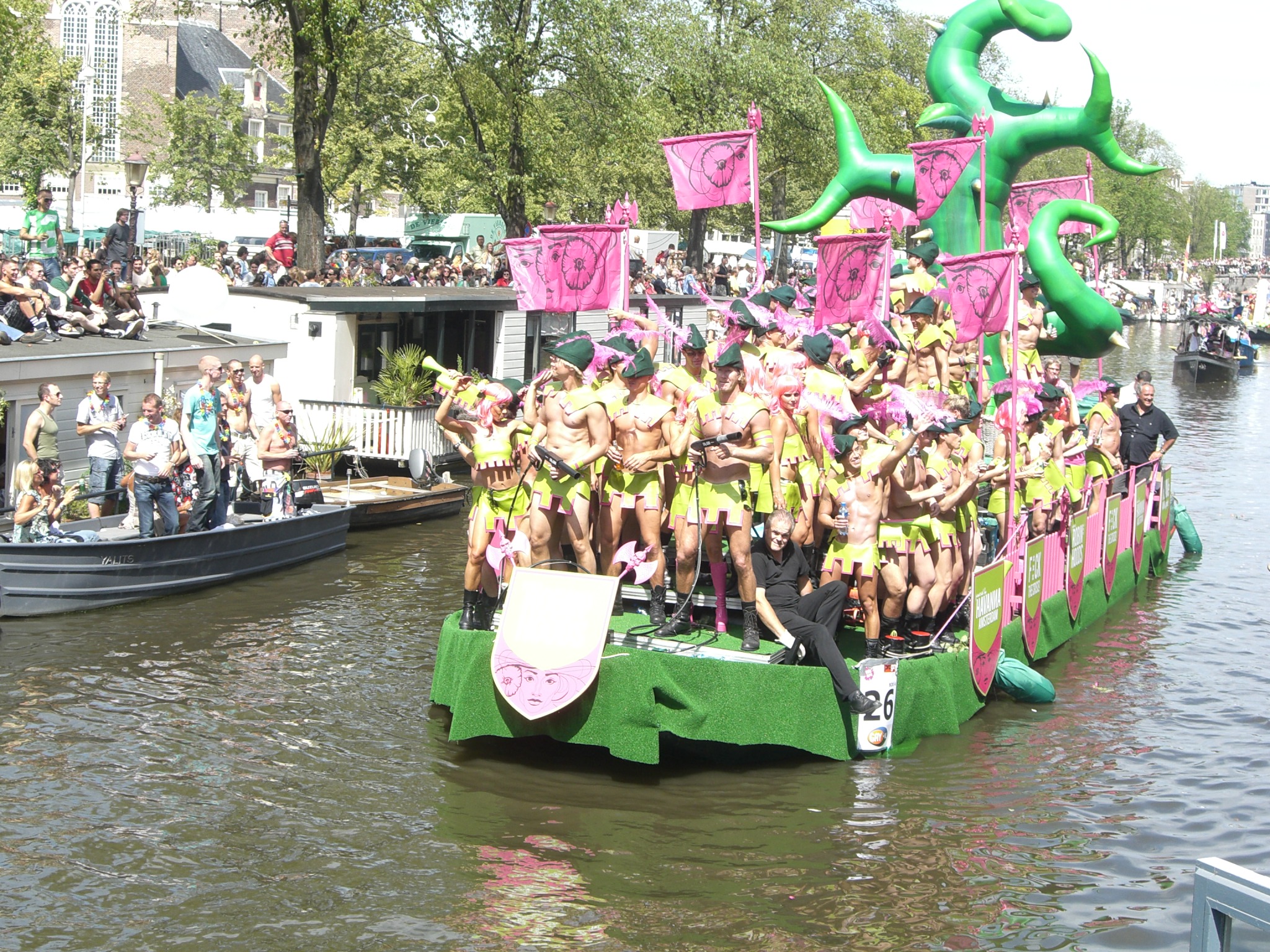 The Best Local Festivals in Amsterdam

Amsterdamers know how to beat it.

Festivals are what we do here in the NL, after months and months of being confined to our houses, from spring to fall the city is alive with events. Here are our fave local festivals in Amsterdam.

Beginning in 1970, PinkPop is how the Dutch do Ascension Week, and in 2008 peaked as the largest attended concert of all time. Another rock, hip-hop, indie type concert is Lowlands, which started in 1993. Here, the organisers added stages for cabaret, stand-up, and performing arts to round out the three day weekend and distinguish itself from its larger cousin.

To give you an idea of what popular or classic festivals locals think of, Sean from Amsterdam Urban Adventures went to the streets asking friends to list their top five. Here’s what they said.

Mariska Majoor, age 45, and owner of the Prostitute Information Center, had the new British invasion Hippy Fest on her list. She also said the 5th of May celebrations in Holland are better then Queen’s Day (whoops, that’s King’s Day now.) Richelle Roelofs, age 27, from Brasserie Harkema, took time from taking reservations to put Open Air and DGTL on her list. Also if you are planning a trip in fall, Museum Night, a type of high culture pub crawl, is one of our last big parties of the year.

Nigel Maij, our youngest interviewee at just 20, spends most his days running Vleminckx. But when he has time he enjoys the house, trance, and electronic heavyweights like White Sensation, Awakenings, and Dance Valley.

Will X., 34, is another young-at-heart festival go-er. As a host at Paradox Coffee Shop, he is always thinking outside the normal. Will lists the one festival which really sums up a Dutch party animal, the Zwarte Cross, which is a mixture of everything, including 150 bands and motorcross.

Carolijn, 40, and our person on the street, mentioned some of our personal favorites. The Roots Festival celebrates our city’s rich diversity in dance, art, and music. And though the concept in many cities is quite old, Rolling Kitchens, a food and music festival for caterers and foodies, is new to Amsterdam and getting a lot of attention.

It is estimated that between the months of March and November, over 200 festivals  happen in our small city, not to mention the national concert, theatre, film, art, and culinary scene that explodes during our daylight hours in this tiny corner of the world where the cloggers make a lot of noise.

Where to watch Euro 2020 in Amsterdam
See Amsterdam’s highlights with two wheels and Samuel Hubbard shoes
How to have the perfect day in De Pijp, Amsterdam
Experience the vibe of Prague’s Gay Pride
24 hours in Amsterdam on foot