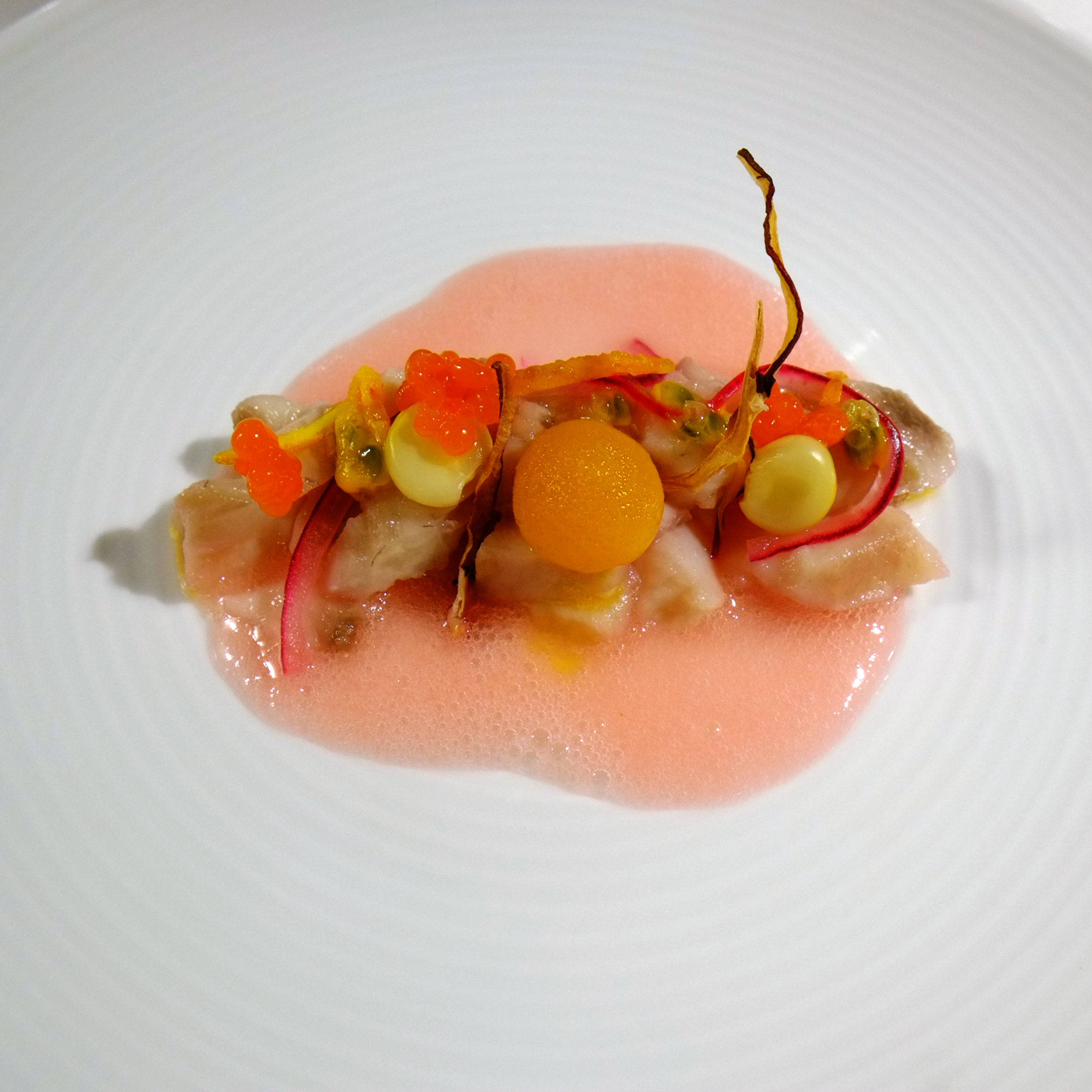 If you’re a foodie, you’ve probably heard of molecular gastronomy — or “techno emotional cuisine,” as it’s referred to by some culinary masters. The practice examines the physical and chemical changes that come with cooking, incorporating artistry with science, and is a modern take on cuisine that’s far beyond your typical dinner plate.

Our team at Barcelona Urban Adventures asked Chef Tyrone Curley to explain techno emotional cuisine, and how it plays into the food scene in Catalonia and beyond.

The food culture of Catalonia is rich in traditional dishes that have been passed on from generation to generation. For example, you can find most of these dishes at traditional restaurants in Catalonia: escalivada (a mix of grilled eggplant, onions, and red peppers, sometimes with anchovies from l’Escala), botifarra sausages (made with pork and beef and a generous dose of black pepper served over stewed white beans), arròs negre (rice with black squid ink), suquet de peix (potato fish soup), and conill amb cargols (a braised rabbit and snails dish). All these dishes are typically accompanied with pa amb tomaquet, rustic country bread rubbed with garlic and tomatoes and seasoned with salt and olive oil. For dessert you can enjoy the crema catalana, similar to a creme bruleé.

These are just a few of the wonderful local dishes you will find in traditional Catalan restaurants. But the chefs of Catalonia have also been pushing the edge with new techno emotional cuisine, inventing new ways to prepare and present traditional dishes.

Chef Pau Arenós coined the term “techno emotional cuisine” in his book, La cocina de los valientes. Ferran and Albert Adrià, the chefs of El Bulli, started this movement about 30 years ago. And the brothers of El Celler de Can Roca and other chefs like Jordi Cruz have also contributed greatly to this new style of cuisine. This was passed on by master French chefs like Alain Ducasse and his protégé Chef Laurent Gras of L2O. As well, Chef Grant Achatz of Alinea in Chicago has contributed a lot of techniques and innovation in this style of cuisine.

I think Chef Joan Roca describes it really well in his latest cookbook, El Celler de Can Roca: “We have blind faith in the force of feelings, the ability to delve in the psychological impact produced by flavor, and the power to evoke memories, stirring the emotive aspect of those who visit us and experience our cuisine.”

The chefs of these restaurants use science, technology, and new ways of presenting dishes that have never been seen before. The chefs of this new cuisine try to spark your imagination with fantasy, humour, courage, and the element of surprise. Advances in science, accompanied by technology and communication, have brought us to the doors of a new gastronomic world that can be experienced at restaurants throughout Catalonia. Dishes from El Cellar de Can Roca: lamb with licorice smoke, freeze-dried oysters, tendons with olives, and Hare a la Royale Narcis Comadira Volnay. There is also a very strong slow food movement in Catalonia, supporting the growth and survival of the local farmers and artisans of this region. Slow food means buying your products within your area or town, which mean a huge decrease in the carbon imprint of shipping food over thousands of miles. It’s also great for the local economy and ensures ultra-fresh products that cannot be beat. Chef Joan Roca said he is convinced that cannelloni, ham croquettes, and gazpacho can live side-by-side with spherification tricks of techno emotional cuisine. He says we cook to generate emotions and food memories that will last.

What I have found to be the most important thing is that food brings people together from all walks of life, to share in the richness of the bountiful harvest of the season. The artisans of Catalonia produce some of the best products in the world. I recommend that you join the culinary adventure of Catalonia and try everything you can. Find out where and how it’s made. So that when you return to your homeland, you can share the love of food from Catalonia with your family and friends.