Blog > Where to celebrate the Assumption of Mary in Europe 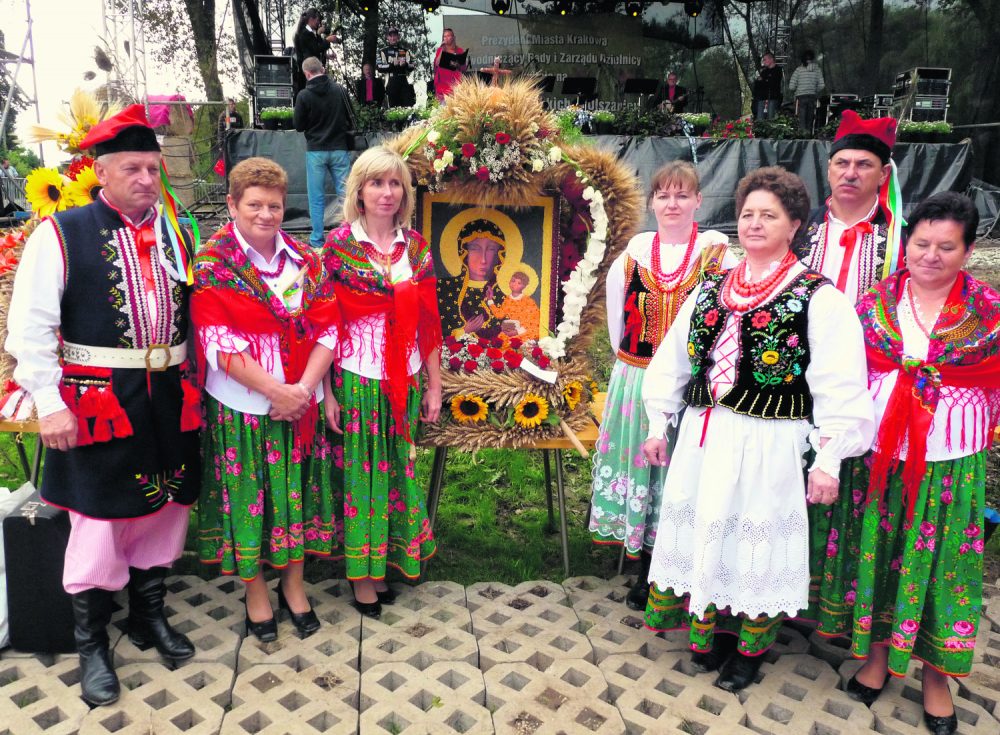 Where to celebrate the Assumption of Mary in Europe

August 15 is a big celebration in most European cities. It is a religious event, honouring the Assumption of Mary, and the day is marked with a principal feast of the Blessed Virgin, or the mother of Jesus Christ. The Assumption of Mary is celebrated across Europe, and if you’re visiting in August, here is where you can join in the festivities and celebrations in Poland, Spain, Greece and Romania.

If you are going to spend your holiday in Poland, don’t miss the August 15 celebrations! This is a unique day where old pagan traditions mix with folk and Catholic traditions — to such an extent that sometimes it’s difficult to recognise where sacrum ends and profanum begins.

The Assumption of the Virgin Mary is also known as The Lady of Flowers holiday. Why this name? There are at least two reasons. Firstly, the religious dogma says that Mary, mother of Jesus, did not die, but fell asleep on Earth and woke up in heaven. Instead of a body, people found fresh flowers and herbs at her grave. The other reason is that mid-August is the time of harvest in Poland. This big, colourful festival to celebrate the end of field work has endured in Polish culture since pagan times. It is a time to dress up, using flowers and herbs for decoration, share fresh bread and beer, and dance for as long as you can move your legs.

August 15 is also the same day Poles celebrate the Day of the Polish Army, when, in August 1920, soldiers won the victory in the famous battle of Warsaw. This is known in Poland as the “Miracle on the Vistula River.”

If you’ve visiting Krakow, you can choose between going to the church with a bouquet of flowers for blessing, participating in the colorful harvest holiday — where local beer is drunk and people are dressed in folk clothes — or watch a military parade in the city centre. You could try to take part in everything that day. At the end of the day, the results will be similar: you’ll likely have drunk and eaten a lot! All the while wearing flowers on your head.

If you happen to be in Warsaw on August 15, you can participate in two big celebrations. The first derives from the Catholic tradition and the second commemorates the history of Poland. During the Assumption of the Virgin Mary (who is also known as Our Lady of Herbs), you’ll see people bringing bouquets for blessing in churches. According to the old tradition, seven different herbs, cereals, flowers and even vegetables are picked, formed into decorative bunches and carried home after the Holy Mass. Poles hang them in chambers and believe they will protect them against disease. On this day, the scent of chamomile, mint, basil, rosemary and lovage fill the air. In the countryside, celebrations take place at the end of harvest, so this date is also an opportunity to give thanks for the harvest and ask for a blessing for further work.

The Feast of the Polish Armed Forces is a national holiday commemorating the anniversary of the Battle of Warsaw during the Polish-Soviet War in 1920. This year Poland celebrates 100 years of regaining independence, so this year’s parade through the city centre will be big, with 3,000 people and 500 horses representing changes in uniforms and weapons from the Middle Ages up until today. The official pageantry will be held in Piłsudski Square near the Tomb of the Unknown Soldier and plenty of other events are available at the Museum of the Polish Army.

Nowadays, people believe less and less in religious customs and festivities. However, August 15 is considered the religious summer festivity par excellence for the Mediterranean. Since the 14th century, the feast day of the Assumption of the Virgin has been honoured in a special way. Celebrations include a series of rituals, theatrical performances and protocols that accompany the mystery of death and the coronation of the Virgin with the scent of basil.

Palma also celebrates this festival its own way. The city churches remain open, so visitors can contemplate the images of the reclining virgins. The Consell de Mallorca publishes a program that includes churches in Palma and Mallorca where you can visit the beds of the sleeping virgins. Apart from this religious manifestation, many villages of Mallorca also celebrate with festivities in a more playful way.

Mid-summer is already a busy time in Greece. But August is a lively time in the country, due to the feast of the Assumption of Mary, also known as Assumption Day. As one of the major celebrations of the Orthodox Church, it’s a great excuse for Greeks to holiday and follow the non-stop celebrations and parties taking place. Religious festivals and saints’ name days are an important celebration in Greece, whatever your religious beliefs.

During this period, some places are marked as top pilgrimage destination, while great traditional festivals called “Panigiria” also take place. Every city’s church celebrates the Virgin’s icon by adorning it with flowers and holding a formal mass. However, if you find yourself in the main city during this time, do like locals do and organise a few days trip to the countryside to feel this special festive atmosphere.

If your trip destination is the island of Crete during Assumption Day, don’t miss most famous celebrations of the island in the Monastery of Panagia Chrissoskalitissa. The historical building is located on the southwestern side of the island, near Elafonisi Beach with its majestic green-blue waters, pink sand and exotic atmosphere. Built on the top of a rock, this whitewashed monastery includes one gold step. According to tradition, the colour of this step is only revealed to the sinless. Leave aside your sins and enjoy live Cretan music and plenty of food.

Most villages in Crete celebrate Assumption Day in their own special way. Certain villages organise their own Panigiri, where local musicians who are masters of the lyra and lagouto instruments gather in the village. There they play traditional music, while people dance in the main square, drink local wine and eat food – all offered for free. Don’t be upset if you hear celebratory gunshots!

If you’re in Athens,  catch a ferry and in a couple of hours you’ll be in the islands of Tinos or Paros: two of the most famous places for Assumption Day celebrations in Greece.

The Church of Panagia Evangelistria (Virgin Mary) is the reason why Tinos is linked with religious festivities and a top pilgrimage destination. Every August, thousands of believers flock to the island to pay respects the miraculous image of Virgin Mary. Celebrations start on August 15 and run through to August 23, incorporating the commemoration of the sinking of the warship Elli in 1940 by Italians. While you’re here, don’t miss the local festival cuisine!

The island of Paros is a popular spot to commemorate Assumption Day, as it is home to the Paleochristian Virgin Mary of Ekatontapiliani Church in Parikia, one of the oldest and best preserved Christian churches. After the Epitaph procession of Panagia Ekatontapyliani, created in the 17th century, people start dancing to the local traditional rhythms and enjoying local delicacies and wine. At night, in the nearby port of Naoussa, boats approach the pier with lit torches reenacting the arrival of pirates.

If you are in Thessaloniki, follow the annual pilgrimage of Pontians to Panagia Soumela Monastery, located on the slopes of the Vermion Mountains. The church holds the holy image of Panagia, crafted by Evangelist Luke. It was built in 1951 by Greek refugees, in memory of the historical Orthodox Monastery located on Mount Mela, near Trabzon (now part of Turkey). Greek Pontians still preserve their strong traditions, so get ready to experience the procession of the miraculous icon. Dressed in characteristic Pontian costumes, locals listen to traditional songs played by Pontian bands from Macedonia, and engage in mystical Pontian dancing.

If you plan a visit to Romania around mid-August, know that August 15 is a national public holiday in honour of Saint Mary’s death. Both Orthodox and Catholic churches pay their respects for the Dormition of the Mother of God on this day. The Assumption of Mary, or simply Assumption Day or St. Mary’s Day, is one of the most important feasts in the Christian calendar. The event honours the belief that when Mary died, her body did not decay but was “assumed” up to heaven and reunited with her soul.

During the day churches and monasteries all over the country, especially with Saint Mary as their holy patron, will honour and welcome pilgrims with a special service dedicated to the Dormition of the Mother of God.

Saint Mary’s Assumption Day is also known as the Feast of Our Lady of the Harvest, the patron saint of the Navy. And so, the date corresponds with the Day of the Romanian Naval Forces. Shows featuring navy ships, helicopters, divers and parachute-jumping are held in Constanta, Romania’s biggest port, and often attract thousands of visitors.

The day also represents the beginning of fall sowing, as well as the start of descent of shepherds coming back from the mountains and the first grape harvest. Take the opportunity to try unfermented wine if you get the chance — one of Romania’s most exquisite flavours.