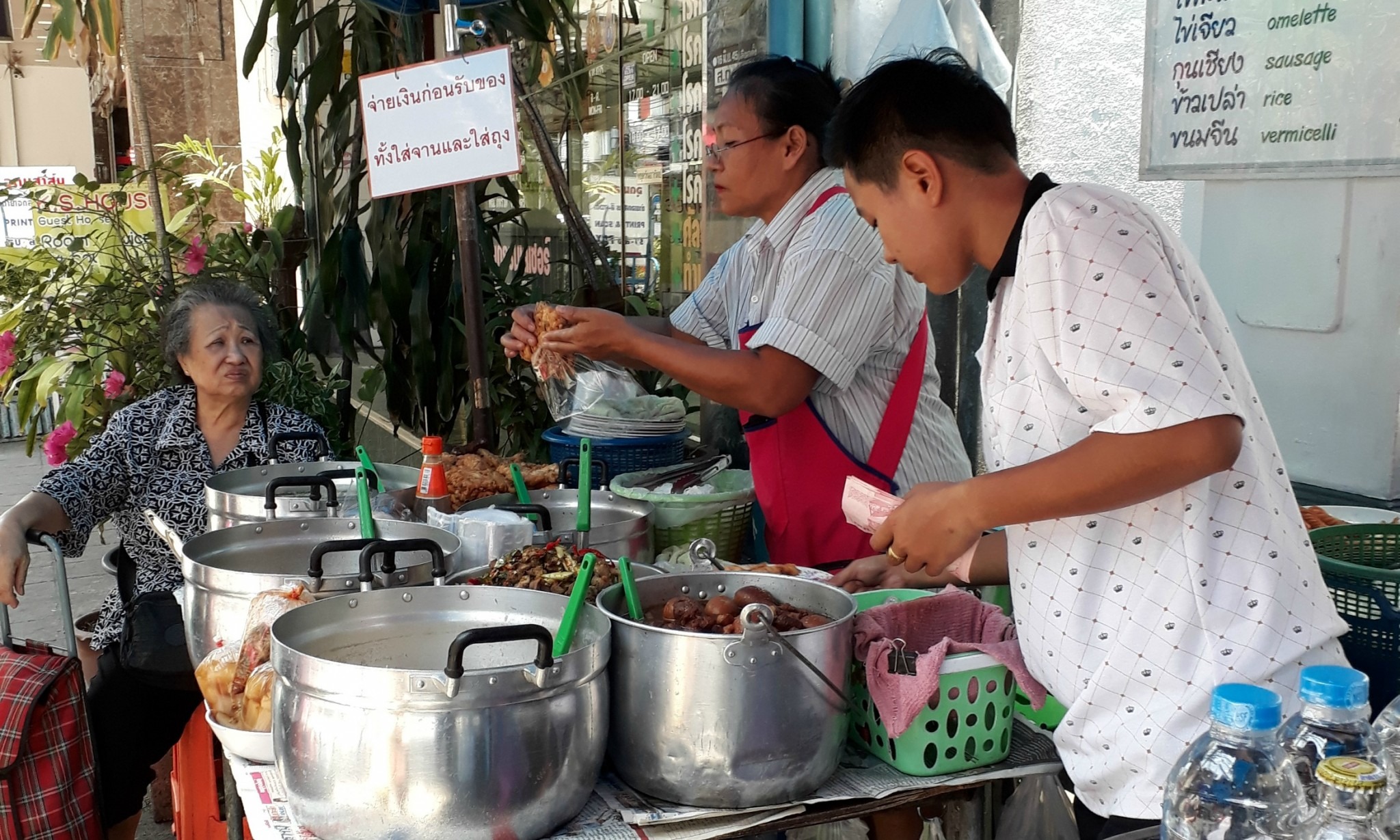 Khun Pyao has a rotating selection of curries available every day, but it’s her gaeng kiew wan gai (green curry with chicken) that’s always the most popular — so popular that it’s often sold out by midday, so forget any hopes of getting this for lunch. Instead, come before noon if you want to guarantee yourself a bowl.

There are no tables at Pyao Khao Kaeng in Bang Lamphu, near Bangkok’s backpacker mecca of Khao San Road. Instead, there are just a few plastic chairs typically occupied by people rapidly eating from plates on their laps. And Pyao’s not very chatty, instead being all business all day, from 8am to when the last curry runs out around 4pm or 5pm.

“You don’t need to know how long I’ve been here, just know that I’m here,” she tells me abruptly when I ask how long she’s been in business. Indeed, it seems there’s no time for small talk in this place.

But her no-nonsense attitude doesn’t seem to deter her customers who come not only because her curry is some of the best around, but because it’s also some of the cheapest. A bowl is just 25 baht (about $1), a bargain price that’s practically unheard of in even the most local of corners in Bangkok.

Pyao’s green curry includes not just chicken pieces, but also chicken feet and chicken blood, which might deter some travellers. This is local eating at its most authentic. But even if you choose to pick around the blood and feet, it’s still a dish worth ordering. She uses coconut shoots instead of bamboo shoots, which offer up a sweeter flavour. The sauce is not too thick, unlike so many Westernised versions of Thai curry, and the spice offers plenty of heat, but just enough to warm your insides, not burn your lips.

Or, if green curry isn’t your thing, you could opt for her khai palo instead. Made from cinnamon, star anise, sweet brown soya sauce, coriander root, garlic, and palm sugar, this boiled egg, pork belly, and tofu dish is a favourite among Thai children because it’s so sweet.

And if you need something to wash it all down with, J. Lung Orange Juice is side-by-side with Pyao’s. Owner Lung squeezes her own fresh orange juice every day for just 30 baht per bottle — no matter who the customer is. “Some places have local and farang (foreigner) prices,” she says. “I just have one price for everyone.”

It’s amazing she’s able to sell her juice so cheaply given the work that goes into it: she drives every night around midnight some 56 kilometres to Nakhon Pathom, a province known for its farming, to buy freshly picked mandarin oranges. She uses more than 100 kilograms of oranges daily — it takes more than one kilogram to make just one bottle. Every day, she spends some two hours squeezing out juice, and that’s only if the oranges she wants are available. Sometimes, her trips to Nakhon Pathom are in vain; if she can’t find the best available for sale, she simply won’t make any juice that day.

Hand-squeezed fresh juice for less than $2, paired with curry for under $1 is just about the cheapest eating you can find in Bangkok. Just don’t linger too long on the chairs; Pyao and Lung have a lot of hungry and thirsty people to serve.

How to find it: Near Khao San Road, on Phra Sumen Road, just west of Chakrabongse Road, southwest of the river. It’s across the street from Hongkong Noodle House.