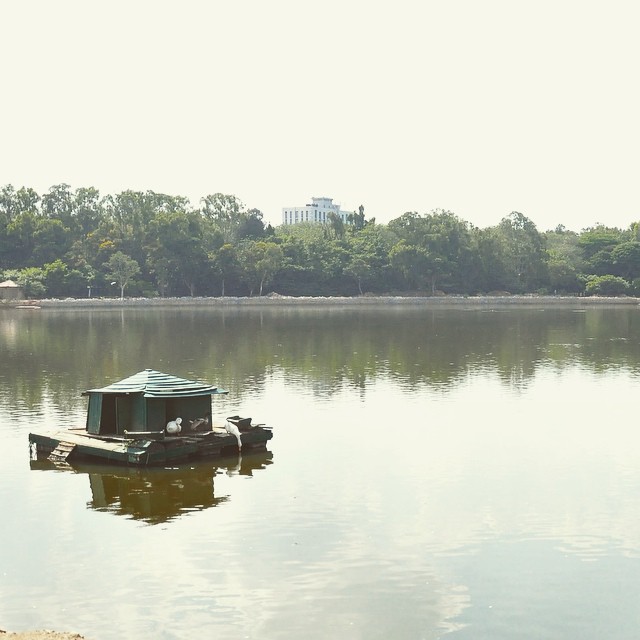 The complete guide to: Bangalore travel

Bangalore isn’t a city you visit to knock a specific sight or attraction off your travel bucket list. Don’t get us wrong — there’s a lot to see here, but in Bangalore it’s more about eking out your place in the city, finding that bar or microbrewery that just seems to call your name (and then keeps calling it), or that neighbourhood that just seems to suit your personal pace of life. Despite being one of India’s most progressive cities, Bangalore maintains a lot of charm thanks we well-preserved colonial architecture and an abundance of parks and green space. If you plan on visiting (and we think you should), here’s a rundown of how to get around and what to see and do.

Getting to and from BLR

The bus is a great option for getting to and from Kempegowda International Airport. Air-conditioned Volvo buses (referred to as VayuVajra) all depart from the airport and travel to different sections of the city. Buses, run by the Bangalore Metropolitan Transport Corporation (BMTC), depart every 30 minutes and fares vary depending on where you’re going. Buses run 24/7 and you can check fares here. When you arrive at the airport, you can check the display of BMTC schedules, routes, and other information at the arrival hall of the terminal building.

If you want to take a taxi, there are three taxi companies on-hand at the airport and fares vary depending on where you’re going, but the trip to the city centre should cost between INR 750 and 1,000.

There are a few different ways to get around Bangalore. The BMTC operates a network of buses and the red AC Vajra buses provide service within the city, while green Big10 deluxe buses connect riders to the suburbs. The BMTC website is a good place to check fares, routes, and schedules, so you can plan routes or just familiarise yourself with the system.

Bangalore also has a metro system with two lines (green and purple). It’s not ultra-extensive, but it does make it easy to get around within the city. The fare depends on how far you’re going, but generally fares range from INR 9 for a shorter jaunt to INR 40 for a longer trip. Depending on the line, trains generally run between 6am and 10pm, but check the website to be sure before you hop on.

Covering short distances can be done via auto-rickshaw, but you might have to haggle over a price. Try to agree on the fare before you start the trip.

Things to do in Bangalore

Find out why Bangalore is also called India’s “Garden City” with a stroll through leafy Cubbon Park, with its more than 6,000 species of trees and plants. The 300-acre park, surrounded by colonial architecture, makes for a nice respite from the busy city. There are numerous trails throughout the park that locals often use for morning walks or jogs. There are also many other attractions close to the park, including the State Central Library, an art gallery, and Government Aquarium (as well as a metro stop) so it’s a good place to start day of sightseeing.

Bangalore Palace is another good spot to put on your Bangalore itinerary. Built in 1887, the palace was inspired by Windsor Castle and is still home to the current royal family. Take a self-guided audio tour to learn more about the architecture and history and then spend some time checking out the ornate wood carvings and lavish décor inside.

Beer fans should make some time to check out some of Bangalore’s craft breweries, of which there have been quite a few popping up in the last several years. Start with The Biere Club, which was Bangalore’s very first craft brewery. They’ve usually got an ale, a lager, a wheat beer, and a seasonal or special/limited brew on tap. A few others to check out include Windmills Craftworks, Toit Brewpub, Arbor Brewing Company, and Barleyz, which has a massive rooftop patio.

Bangalore is also home to several museums and galleries worth visiting during your stay. Depending on where your interests lie, you’ve got your pick of the National Gallery of Modern Art, Venkatappa Art Gallery, Government Museum, Visvesvaraya Industrial and Technological Museum, and HAL Aerospace Museum.

If you just feel like walking around and getting a feel for the city on foot, one of the best ‘hoods for aimless wandering is the Malleswaram area. Filled with shops, temples, restaurants, and bars, it makes for a leisurely way to spend an afternoon.

Bangalore on the big screen

Get in the mood for a visit to Bangalore with some Bollywood movies. Sholay, Qayamat Se Qayamat Tak, and Ghayal all had scenes shot in Bangalore.

The music scene in Bangalore is all over the place, with numerous genres being represented by bands in the city. Some newer groups gaining popularity include nine-piece pop/funk rock band Clown with a Frown, post-rock band Space Behind the Yellow Room, and alternative quartet One Girl Shy.

The Cosmopolitans by Anjum Hasan, Multiple City: Writings on Bangalore by Aditi De and Bengaluru/Bangalore In First Person Singular by Mahesh Bhat all talk about Bangalore at large.