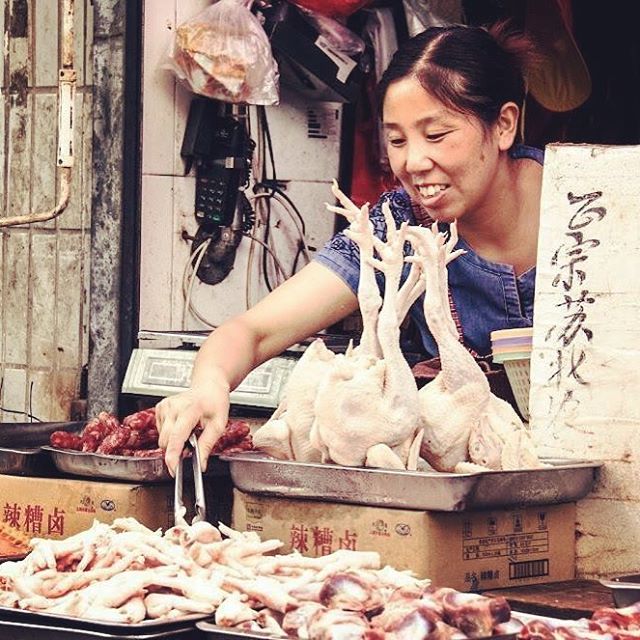 The complete guide to: Shanghai travel

Vibrant Shanghai is China’s largest city and has something to offer every type of traveller. Some might find the sheer size and pace a bit overwhelming, but once you start getting to know the city, it’s hard not to find something to be charmed by — be it a beautiful park filled with locals doing tai chi, a cutting-edge art gallery, or simply a view of the glittering skyline as the sun goes down. If you’re planning a visit to Shanghai, read on for everything you need to know about getting to and around the city, as well as what to see and do.

Getting to and from PVG and SHA

From Pudong International, you can easily access the city by Metro or Maglev Train. The speedy Shanghai Maglev Train (it reaches speeds of 430 km/hr) gets you to Longyang Road Station in under 10 minutes (note that this is not central Shanghai). From here you’ll need to transfer to Metro Line 2 to Ren Ming Guang Chang, aka People’s Square, which should take another 20 minutes. The Maglev Train comes every 15 to 20 minutes and runs between 6:45am and 9:40pm A one-way ticket costs RMB 50, while round-trip will set you back RMB 80.

You can also get to and from Pudong via Metro Line 2. Trains run between 6am and 11pm and getting to People’s Square (city centre) takes about 65 to 70 minutes.  The station is located between Terminal 1 and Terminal 2 and the trip costs RMB 7. Just note that at Guanglan Road Station, you’ll need to transfer trains (from a four-car train to an eight-car train) and then continue.

Shanghai’s extensive Metro system is your best bet for getting around the city. Fares for a single ticket start at RMB 3 and a typical journey will cost around RMB 4 to 5, but the cost goes up to RMB 15 according to how far you’re travelling. Trains generally run between 6am and 11pm. The most useful lines for visitors are lines 1, 2, and 10 as these get you to many of Shanghai’s most notable sights and neighbourhoods, as well as to and from airport. Note that you need to hold onto your electronic ticket because you’ll need to insert it into the exit barrier when you leave.

If your trip to Shanghai has you staying several days, think about getting a Shanghai Public Transportation Card. These cost RMB 20 and you can top them up with more money as you need them. And they don’t just work on the Metro — these cards can be used to pay for buses, ferries, and taxis.

Things to do in Shanghai

Sports fans might want to consider getting tickets to a Shanghai Greenland Shenhua Football Club game at Hongkou Football Stadium. Tickets don’t usually sell out so you can get them right at the stadium; they cost between RMB 50 and 100. The stadium was the host of the finals of the 2007 FIFA Women’s World Cup.

Shanghai, being the exciting city that it is, was made for exploring. The heady mix of old and new, shiny and crumbling, futuristic and historic, makes this city the ultimate destination for curious travellers who enjoy discovering hidden gems, quirky shops, and interesting neighbourhoods. Three places to put on your list include the Bund, Former French Concession (FCC), and Nanjing Road. The Bund is Shanghai’s picturesque waterfront area where you can catch the best views of the city’s epic skyline. Visiting at night means seeing the buildings lit up — a perfect photo op. Around the corner from the waterfront you’ll find bustling Nanjing Road, the ultimate stop for shoppers who want to drop a few dollars. The FCC, with its tree-lined streets, beautiful houses, and abundance of bars, shops, restaurants, and antique shops, is well worth a few hours of  your time. While you’re exploring the FCC, seek out Tianzifang, an area of winding laneways packed with interesting finds.

Another cool area to check out is the M50 Art District, home to over 100 galleries.

To get a feel for Chinese history, make a stop at Shanghai Museum. The museum of ancient Chinese art contains a collection of over 100,000 objects, and exhibits cover everything from ceramics and calligraphy, to sculpture, paintings, and furniture. For something a little different, mix up the ancient art with some contemporary art courtesy of the Rockbund Art Museum. This is where you can see a rotating roster of exhibits featuring work by some of China’s best contemporary artists.

Shanghai on the big screen

Although it’s supposed to represent Los Angeles, some of the 2013 movie, Her, was shot in Shanghai and the futuristic setting of the movie can be seen when walking throughout the city’s Pudong district.

In terms of music, there’s an eclectic music scene in Shanghai so your options for some pre-trip listing are pretty endless. One Shanghai-based band is indie rock group Duck Fight Goose, known as one of the city’s most inventive bands. They just released their first album in five years, Clvb Zvkvnft. Ma Haiping (aka MHP), is known as the ‘Son of Shanghai Techno,” if that scene is more your speed.

Stock your shelf with a few books to get yourself ready for Shanghai before you go. Start with Shanghai Girls: A Novel by Lisa See, and then add The Shanghai Circle by Tony Henderson, a fiction trilogy of short stories set in Shanghai.