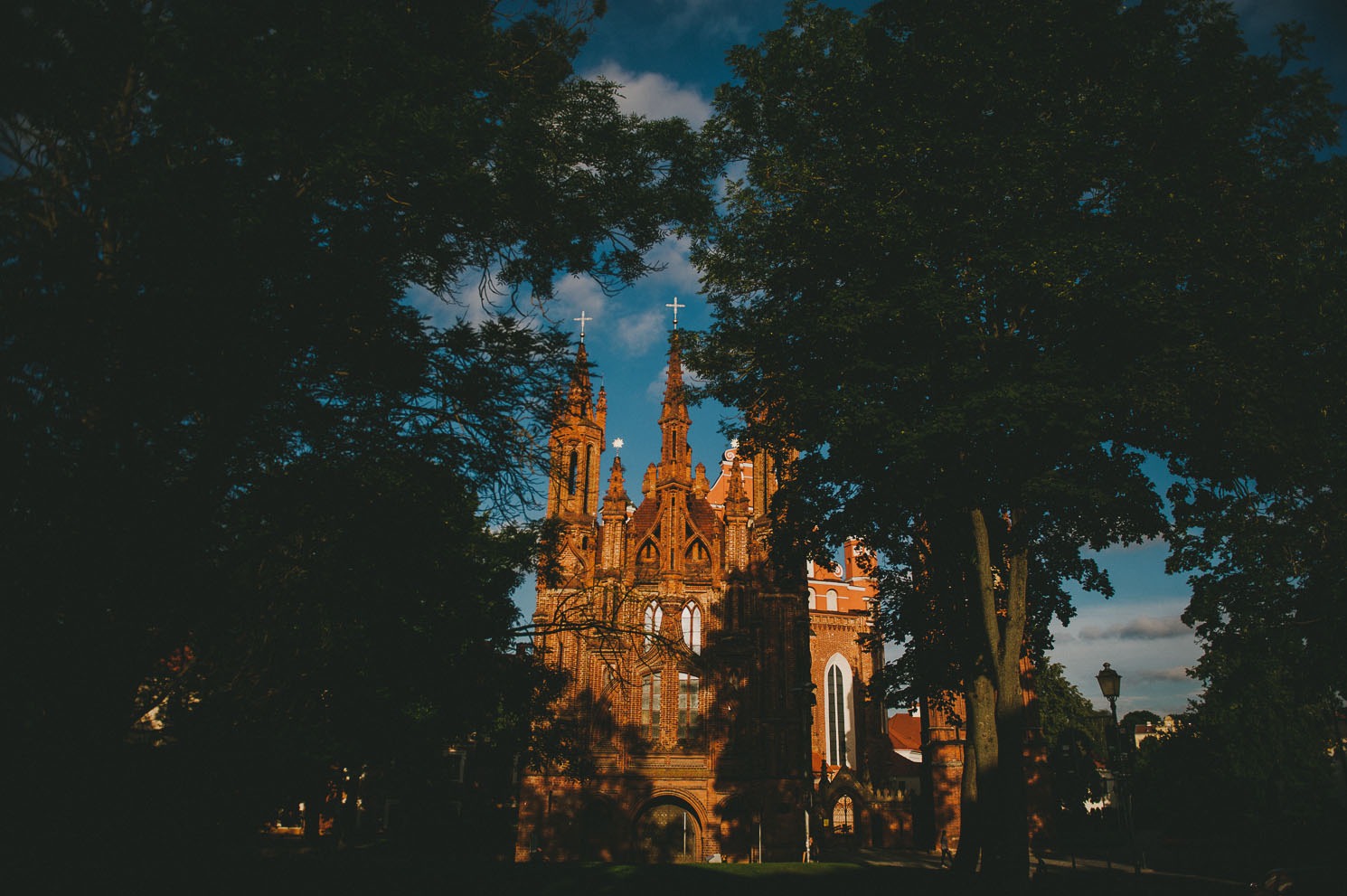 The complete guide to: Vilnius travel

Lithuania’s capital may not be on everyone’s travel radar, but that’s not for lack of things to see, do, and eat. Vilnius offers eye candy everywhere you look in the form of cobbled streets lined with outdoor cafés, Baroque, Gothic, and Renaissance architecture, and an abundance of green space. The city’s UNESCO-listed Old Town alone is enough to have you deciding to stay a while. Ready to go? Read on for our guide to everything you need to know about visiting Vilnius.

Getting to and from VNO

Getting to and from the airport is fairly easy thanks to a couple of different transportation options. If you’re not saddled with too much luggage you can take the train, which can be accessed via a pedestrian bridge right outside the airport’s passenger terminal. A ticket costs EUR 0.70 and the trip is about 10 minutes, with the train station close to the Old Town.

The bus is another affordable option for making your way to and from the airport into the city centre. Tickets cost EUR 1 and can be purchased from the driver. Buses 1 and 3G are what you’ll be looking for and the trip is 15 to 20 minutes.

If you have a lot of luggage, a taxi might be a better option. An approved taxi rank can be found just in front of the arrivals terminal and getting to the city centre will run you around EUR 15 to 17.

Walking is going to be your main mode of transportation in the Old Town. Even though it’s a fair size, the Old Town is still very walkable and seeing it on foot is your best bet since that way you won’t miss anything. A good portion of the city’s attractions are also located within the area so if you’re staying close by you may not even need to opt for other modes of transportation.

If you’re going a bit further or need a break from walking, you can take buses and trolleybuses, which run from around 5:30am to midnight. Tickets for both cost EUR 1 per ride which can be paid to the driver, or EUR 0.64 if you have an electronic ticket (called “Vilniečio kortelė”). These cost EUR 1.50 and can then be topped up with money. You can buy them anywhere marked with a sign saying Vilniečio kortelė. Check the site for bus and trolleybus routes and timetables and to get some help planning your route.

Things to do in Vilnius

If you’re in the mood to be instantly charmed, spend some time exploring the cobbled streets of Vilnius’ Old Town, one of the largest medieval old towns in eastern Europe. This is where you’ll find some of the most stately and beautiful churches and cathedrals in Vilnius, including Vilnius Cathedral and St. Anne’s Church. You’ll also want to meander along Pilies Street, the oldest street in Vilnius. Located between the Cathedral Square and the Town Hall Square, the short street is a good spot for souvenir-hunting. When you get tired or hungry, there are plenty of places to grab a coffee, snack, or meal.

For something a little on the quirkier side, you can pay a visit the Republic of Užupis, the city’s bohemian and artist quarter, which also happens to have its own constitution, anthem, president, and special independence day (April 1). The self-declared independent republic within Lithuania (so decreed in 1997) even has its own flag (actually four as there’s one for every season) and an army totalling a whopping 11 troops. Head here to check out some of the city’s best street art as well as an array of art galleries, bars, restaurants, and independent shops.

If you happen to be visiting Vilnius on the first weekend in March, it’s well worth checking out the Kaziukas Fair. Free to attend, the vibrant celebration takes over the city’s Old Town and involves folk dancing, theatre troupes, traditional music, and many vendors selling various folk arts and crafts, as well as local foods.

Vilnius is known to have some of the cheapest beer in Europe — so if you’re in the mood to imbibe, why not take advantage of the city’s pocket-friendly pints? Some of the best places to grab a local brew include Alynas, Bambalyne (which also stocks Lithuanian mead), and Būsi Trečias.

Looking for more things to do? Urban Adventures offers day tours in Vilnius and beyond, all led by local experts that will give you a taste for local life:

Flavours of Vilnius
With a fascinating fusion of Jewish, Polish, Italian, and Russian influences, Vilnius is a cultural feast of architectural and culinary proportions. Get lost in the narrow streets of the Old Town Vilnius while sampling tasty treats and bold brews from specialty food shops, cafes and bars along the way! Does it get any better than that?

Undiscovered Vilnius
As if downing craft beers and eating local delicacies weren’t enough, on this Vilnius tour you also get to see Napoleon’s fave church and visit a unique boho neighbourhood — an independent republic that celebrates its Independence on April Fool’s Day. And you thought Vilnius was going to be boring!

Soviet Stories of Vilnius
Get a look at life behind the Iron Curtain on this Vilnius time travelling tour that digs deep into the city’s Soviet past. Visit a local market, taste Soviet-era dishes, see the Soviet blocks that still stand, find out what life was like for the “happiest people in the world,” and learn why the entire Soviet empire collapsed.

Vilnius on the big screen

See what awaits you in Vilnius with a short clip about the city. You can also get a sense of Vilnius on-screen if you can get your hands on the BBC miniseries War and Peace, much of which was filmed in Lithuania, including Vilnius.

Listen to Lithuanian band InCulto sing Welcome to Lithuania as a way to get even more amped up for your trip to Vilnius.

Check out Vilnius In Your Pocket online for some extra inspiration before you hit the road.

To find out more about Vilnius or to book a Vilnius Urban Adventures tour, email us at info@vilniusurbanadventures.com, and be sure to follow us on Instagram for live updates from our guides on the ground.

Tucked away between the mighty Scandinavia and much visited countries of Eastern Europe is little Lithuania. It may be small by nature, but Lithuania is packed full of beauty and fascinating local culture – we dare you not to like it! Take a stroll around Lithuania’s captial, Vilnius, with a local guide, to discover its old meets new, ancient meets modern, traditional meets quirky vibe, and you’ll be hooked on the Baltics before you know it.