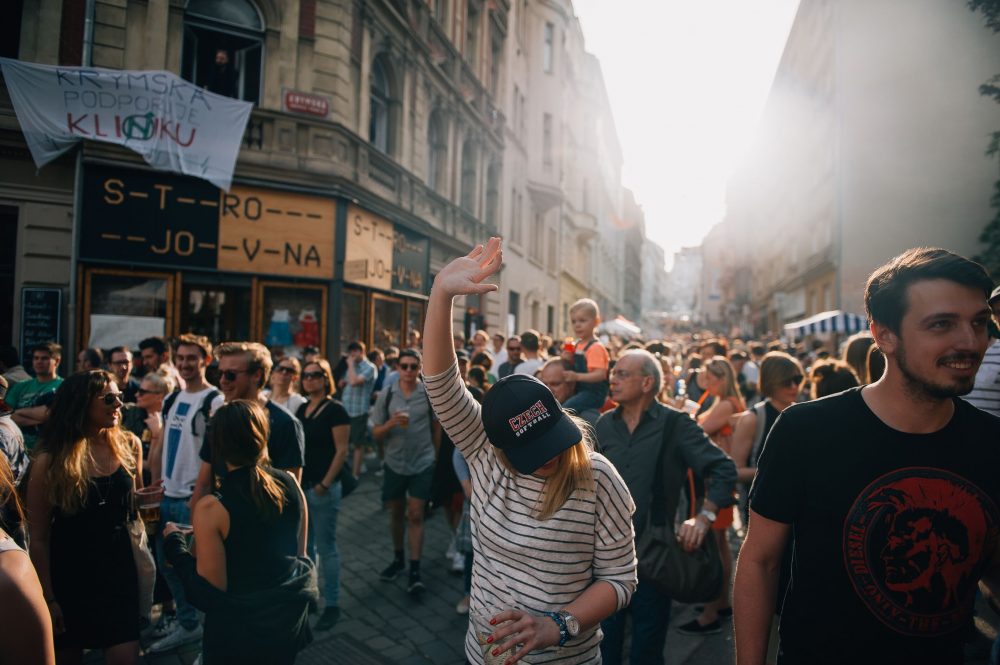 In August 2011, Prague’s LGBT community joined in the worldwide celebration of gay pride, with a series of events held in the city centre. Ever since, this annual festival has become one of the most colourful spectacles in Prague, bringing together a wide audience of people. The 8th annual Prague Pride takes place on August 6–12, 2018 and has a lot to offer not only Czech citizens, but also visitors.

Come and witness the rainbow vibe in the heart of Europe!

Prague Pride includes a variety of concerts, performances, public lectures, games and other cultural events, designed to spread awareness of the LGBT culture and general solidarity. Over 100 public events take place during one week, featuring various international guests and performers from the field of human rights and beyond.

The festival culminates on August 11 with a colourful parade, also called the “Rainbow Parade,” that ends in Letná Park. It’s followed by an afterparty in one of the most popular clubs in Prague, Roxy. The parade features dozens of decorated vehicles operated by Prague’s gay clubs, followed by a procession of people in extravagant costumes or with painted bodies. Everyone with an open mind is welcome to join in, and the majority of participants in the procession are in fact just dressed in their everyday clothing. The rainbow flag dominates the whole parade.

A little bit of history

The term “Gay Pride” refers to the fight against discrimination the LGBT community faces, seeking to promote their self-affirmation and legal rights in contemporary society. Pride parades take place around the world, celebrating this mission and spreading awareness. Most of the parades take place during the summer, commemorating the 1969 Stonewall riots in New York City. A series of violent demonstrations against a police raid on Stonewall Inn on June 28, 1969 is widely recognised as a key event leading the gay liberation movement. The first Pride parades were organised a year later in Chicago, Los Angeles and San Francisco. Today, almost all major cities around the world have their own Pride parade, comprising of various cultural events and social gatherings.

In Prague, the festival has gradually attracted a lot of attention. Even though its organiSers maintain that the event is non-political and non-ideological, many politically engaged people take part in the procession to declare their support. Prague Pride is traditionally opposed by conservative Christians, who used to organise a counter-event, Pochod pro rodinu (March for Family) in the country’s second biggest city, Brno. Ever since its first realisation in 2011, Prague Pride has been surrounded by controversy and conflict in political views.

Why you should join in the fun

Despite the controversy, Prague Pride is a feast of tolerance and joy. This is demonstrated especially in its visual aspect, transforming Prague into a rainbow-coloured spectacle that is definitely worth witnessing. Taking place during some of the warmest days of the year, the event will cheer you up with its contagious optimism and general good mood. Visiting Prague during Gay Parade is a great opportunity to experience Europe’s cultural vibe.

Still not convinced? Have a look at the pictures from recent years and see what we’re talking about. And if you would like to explore Prague in some more depth while enjoying its festive mood, try one of Urban Adventure’s specially designed Prague city tours that will take you off the beaten track.