Blog > From bean to brew in Tanzania’s coffee fields 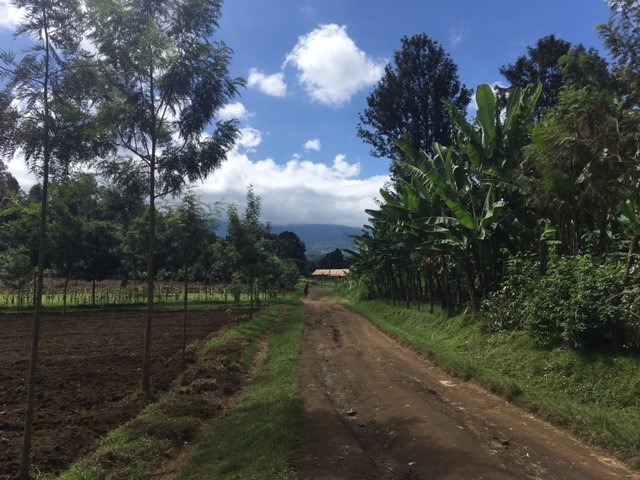 From bean to brew in Tanzania’s coffee fields

Not all coffee can be treated equally. The avid caffeine lover knows that the right bean makes all the difference. And high in the hilltops outside the Tanzanian town of Arusha you can find some excellent beans. The village of Tengeru is a filter of green, but its gold appears beneath its towering jungle: a plantation of the world’s most revered bean, coffee.

Sitting at the foothills of Tanzania’s second highest (volcanic) mountain, Mount Meru, is one of Tanzania’s largest coffee plantations. Coffee is one of Tanzania’s biggest exports with it pumping overly USD 171 million into the economy each year. The most popular bean grown in Tanzania is Arabica, which makes up 70% of production. (With the rest being the Robusta bean, known for its bitterness and containing twice as much caffeine as Arabica.) Compared with the rest of the continent, Tanzania is the fifth biggest coffee producer in Africa after Ethiopia, Uganda, Cote d’lvoire and Kenya. Getting a lesson in coffee production | Photo by Julia D’Orazio

Coffee production is deeply rooted in the local culture due to the region’s temperate climate and fertile lands suitable for prosperous growth. As a result, the area is home to many coffee lodges, all vying for your coffee connoisseur expertise to rate the boldest cup. Tanzanian coffee is famously known for its rich, strong tastes and wine-like acidity, typically appealing to those who prefer darker roasts and intense flavours. But instead of simply ordering a freshly brewed cup, I went straight to the source — up into the hills to see what, where and how Tanzanian coffee is produced.

Nearby volcanic crater Lake Duluti may be vast but it was the sea of green of Tengeru that captured my eye. The landscape here is dominated by verdant hilltops, thick forests featuring trees with monstrous leaves and, of course, plenty of towering coffee plants. The trek on our Arusha Village Experience tour was a workout (make sure you tighten your trainers), but the views plus a looming reward of a good cup made it worth it.

Up steep hills and winding roads, we were taken through the village of mud-hut, thatched-roofed dwellings, getting a glimpse into local life along the way. I was lead around the village by a local guide who made the extensive walk seem easy, especially when we had to cross wide-open plains in the heat of the day. The easy part was taking refuge from the sun by strolling under the mixed banana plantations that dot the area. Banana trees are the perfect partner in crime when it comes to farming coffee, as they protect the plants from sweltering temperatures.

Under the lush canopy, it was remarkable to see the countless coffee plants with their mini baubles in bunches. Amid their thin stems and palm-sized leaves, they bear the fruits that satisfy our caffeine fix.

A visit to Tengeru is not just about seeing the wonders of nature, as its history is rich, too. A surprising sight was a visit to a Polish cemetery. In the aftermath of World War II, the British helped to resettle refugees across the vast British Empire for safety. After a period of time, many of the Poles who came to Tengeru decided to resettled back in Europe or the United States — while others opted to stay and call Tanzania home for several generations.

The day may have been long but the reward was great — having the perfect cup of coffee amid the backdrop of a local coffee nursery. Forget machinery, it was time to get my hands dirty in the process of making the perfect cup from scratch — this would prove to be the ultimate battle of the day! Making coffee is a two-stage process as the beans first need to go through a fermentation process, then dried. My arms were given a workout, using a large wooden pestle and giant mortar to ground the beans into a fine powder. Of course, it was a joyous affair in true Tanzanian spirit with singing and laughing to make the hard work that extra bit easier.

After all the grinding, it was time to sample our hard work. Coffee had never tasted better, after having seeing it from the source and directly brewed into the cup. The day was not only an energy hit, but a mood booster that any adventurous soul would crave.

Lonely Planet Best in Travel 2020: What not to miss according to locals
Our 6 favourite social enterprises that empower women
24 Hours in Cape Town
The Complete Guide to Cape Town
Things to do in Cape Town