Blog > How to do Korean barbecue 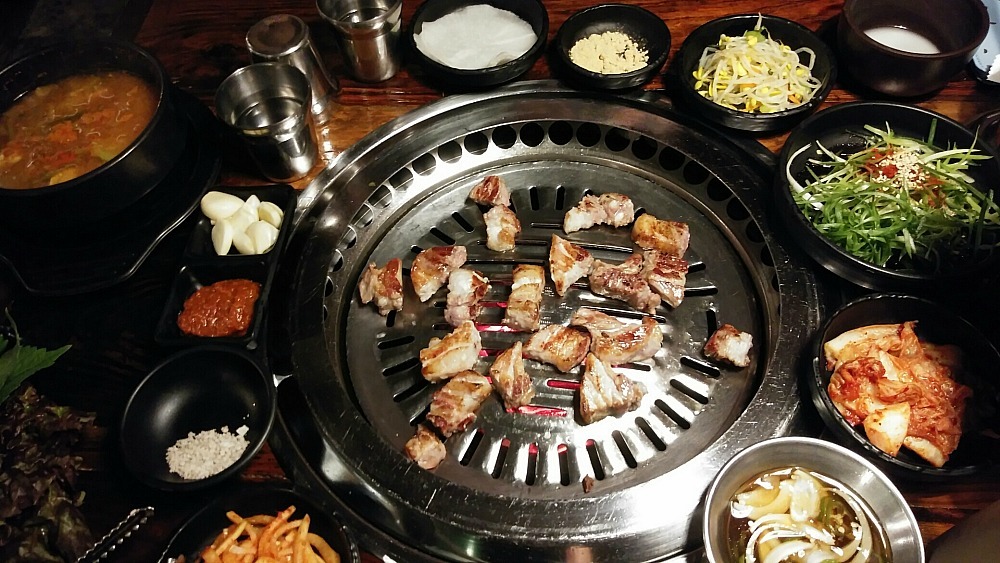 How to do Korean barbecue

We asked Jamie, our local guide at Seoul Urban Adventures, how to properly experience Korean barbecue, from picking your meat to wrapping your ssam.

For me, as a Korean, going out for Korean barbecue is easy-breezy — but if you are trying it for the first time, you might need some guidance on navigating how it all works! Who cooks the food? What do you do with the lettuce? How do you eat the kimchi? Don’t worry, I’ve got your tips here for enjoying Korean barbecue just like the locals do.

First of all, decide on what kind of meat you want to eat. Generally, each restaurant specialises in one type of meat: likely pork, chicken or beef. Korean beef is more expensive than pork or chicken, so if you want to have a luxurious meal, go to a Korean beef restaurant. But pork belly is the most famous and popular meat for Korean barbecue, so the rest of this article will be primarily based on pork belly (but really, these tips can help you with any grilled meat).

When you enter the restaurant, you’ll be given options for which part of the animal you’d like to order: belly, neck, leg, skin, intestines and so on. (Yes, we eat skin and intestines in Korea.) If it’s your first time, try the pork belly — later on you can try other parts and compare the tastes and textures.

In most Korean barbecue restaurants, you will have to cook your meat yourself. There will be a grilling tablet in the middle of each table. After you order your meat, they will turn on the fire, place the meat on the grill and leave it there. Now it’s up to you to cook it! Turn it over from side to side and cut it with the supplied scissors so that it’s easy to bite.

Wrap the meat with vegetables (ssam)

Once the meat is ready, place the meat in a leaf of Korean lettuce or sesame leaf, or both. (Sesame leaf adds great flavour. I’ve spoken to many tourists who had never tried sesame leaf, but once they tried it, they all loved it.) What you are making is called ssam — meat wrapped with vegetables.

Next, add some ssamjang. This sauce is a mixture of soybean paste and red pepper paste (it’s not spicy, so don’t worry). ‘Jang’ means paste in Korean, so you can probably guess why it’s called ssamjang, right? If you are going to eat ssam, you need ssamjang!

Finally, add some other vegetables from the vegetable dish that came along with the meat. Each restaurant offers different kinds of side dishes but the most common ones are seasoned green onion, seasoned bean sprouts and onion with soy sauce. No matter what you get at your restaurant, just try them all in different combos with each ssam and enjoy!

You probably didn’t know that kimchi can be grilled, did you? But the fact is, kimchi tastes so much better when it’s grilled. Koreans typically grill some kimchi when they eat grilled meat. Just be careful, as kimchi cooks quite fast — flip it over quickly and when it’s turned a slight yellow colour, put it on your plate and try it with the meat or ssam.

You’ll start your Seoul food tour with a bit of royal history at Gwanghwamun Gate, the largest gate leading into the historic Gyeongbokgung Palace. From there, we’ll walk to the colourful Jogyesa Temple, the centre of Zen Buddhism, and along the way, hear stories from the historical streets of Pimatgol Alley.