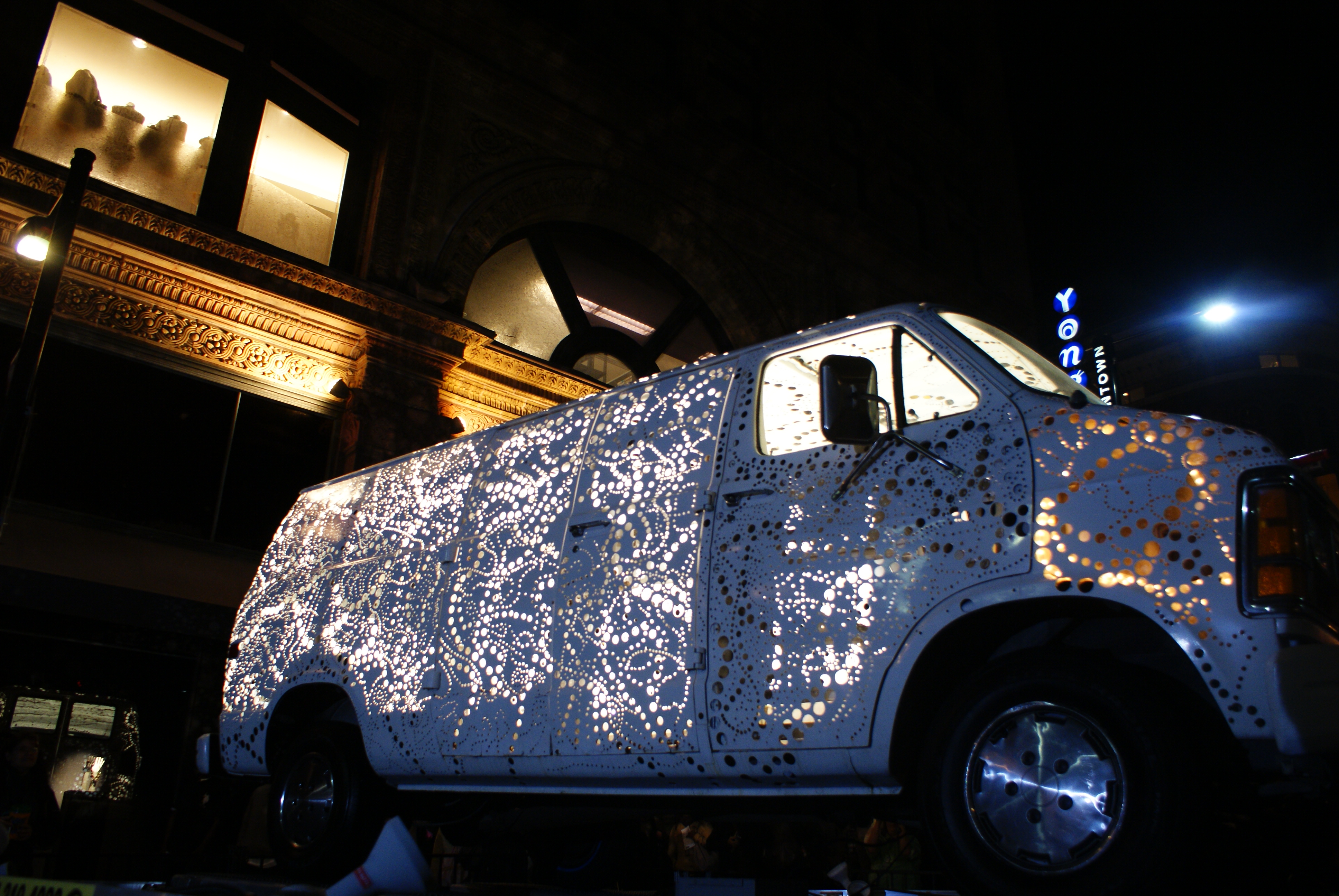 How to survive Toronto Nuit Blanche

For a Fine Arts graduate like myself, Toronto Nuit Blanche approaches with a certain resemblance to the countdown to Christmas. And much like Christmas, it also hinges on a single night that is supposedly magical or, at the very least, transformative.

The concept of Nuit Blanche first emerged in 1984, when Jean Blaise founded the Centre de recherche pour le développement culturel. Although universally translated as “Sleepless Night,” Nuit Blanche plays on the idea of the “White Nights” — a time in high latitude areas during summer solstice where the sun never quite sets. The original White Nights festival was held in St Petersburg, Russia, gaining fame for fantastic fireworks displays and classical music performances. In its Nuit Blanche form, cities around the world from Paris to Rome, Cairo to Melbourne have put their own cultural spin on this all-night arts festival. In Toronto, it takes shape as a 12-hour festival that makes contemporary art more accessible to the public — engaging Toronto residents and visitors alike in a dialogue about art and public space. I have played various roles over the past seven iterations of Nuit Blanche. From viewer, to reporter, to performance artist myself, each year the all-night art event has left me with different impressions, and as a sum total, account for a good chunk of my favourite memories in Toronto. Nuit Blanche is one of those events that’s starting to get a bad rap for growing too large. I’ve often read rants on blogs, walls, and tweets that it’s become diluted by participation. Part of me sympathizes with that view — after all, the event brings in crowds of one million people, including more than 190,000 out-of-town visitors. It’s the same part of me that rages at the dismissive treatment that a layman gives to a Barnett Newman or a Jackson Pollock. But somehow, I can’t bring myself to be upset about the masses of non-artists flooding the street for a night of revelry and artistic enrichment. Rather, that sort of sounds like the point of the whole thing, doesn’t it?

So before you decide to go home and hide, or choose a quieter weekend to visit Toronto, let me give you some pro tips on how to survive (and actually enjoy) Nuit Blanche in Toronto.

Go early, take breaks, don’t try to see it all.

Nuit Blanche is too massive to try to take everything in. Figure out what your must-see pieces are, and spiral out from there.

You can get it in any of the Zone Hubs (and scattered around on any available surface after a certain hour), and at most Scotiabank branch locations before the event. Getting a guide book early will help you decide on your plan of attack. There’s also an event map on their website, but I’d recommend being able to carry around your Toronto Nuit Blanche bible in print. Although the TTC sells special event passes and the subway is open later than usual, it runs rather infrequently outside of regular hours. Use it, but don’t rely on it. After all, sometimes the best exhibitions are the ones you stumble on by accident.

One is lonely, two is company, three’s a crowd.

Don’t travel alone, but don’t take a huge group either. Toronto is a safe city, but you’ll have a better time if you see Nuit Blanche with someone you can converse with and experience together. Someone to share the WOW factor, and someone to keep you interested in one of the many queues that form. But at the same time, too large a group will have too many needs to satisfy. I’ve purged my Nuit Blanche team down from a carousing group of 10 to just me and my wife. If you have lots of friends that want to see the show with you, commit to meeting them somewhere for a pint or exhibit at some point — don’t be surprised when you get the call that they’ve been looped into some performance art piece and won’t make it!

Go with the flow.

Your plans are probably good, but when Twitter lights up about a certain piece or you overhear murmurs about something incredible, it might be time to change your route. You don’t want to miss the “oh-my-god-did-that-really-happen” moments and be left out of tomorrow’s watercooler (do offices even have those anymore?) discussions, do you?

Pulling an all-nighter isn’t as easy as it was in college. Coffee and Red Bull only go so far, but when the late night munchies hit, don’t waste time on where to go — check out BlogTO‘s list of Late Night Eats in the Nuit Blanche hubs.

Some things are worth the wait. Some are not. Don’t be afraid to bail on something or get an on-spot review from someone leaving. You can always come back later when the lines die down — it does go to sunrise after all!

Recently, my wife and I have been experimenting with skipping the whole first half of the night. We go to bed around 7 or 8pm if possible, but set an alarm for 2am. By the time we’ve roused ourselves and headed downtown, the crowds have just peaked and are beginning to fade. We’re primed and pumped to see some art right through to the very end at 7am. Maybe don’t try this if it’s your first time — the “crush-the-crowd” is part of the experience, and I wouldn’t want to rob you of that. As Hunter S. Thompson famously said, “Buy the ticket. Take the ride.”

If you want to see Toronto like a pro, go right ahead!