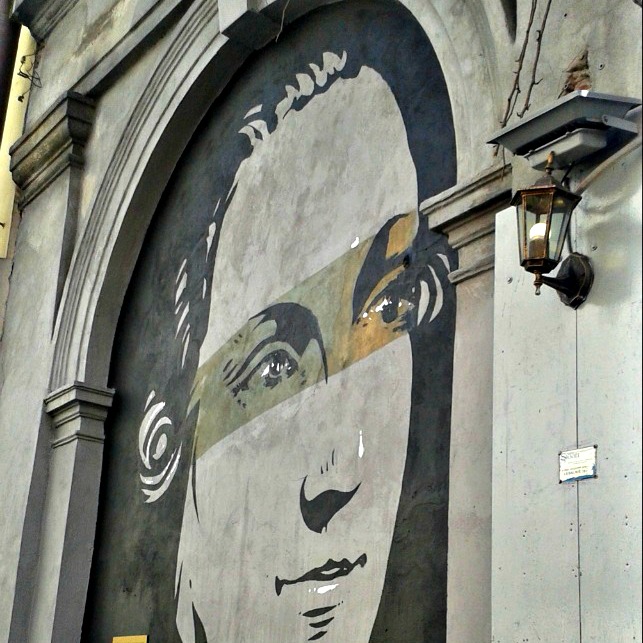 It seems as though street art in Krakow was always a rather spontaneous phenomenon, as murals or slogans that appeared in the city were mainly political or social in nature, and served as a kind of protest song or a form of rebellion against the communist regime, or post-communist reality.

There has been a big change in recent years, however, which was mainly due to local activists associating themselves with different festivals and projects. The most important being ArtBoom Festival, which has a main objective of improving the quality of public space through art, and the Festival of Jewish Culture, which aims to preserve Krakow’s Jewish residents’ history through art and cultural events. It is also worth mentioning that the project ‘101 Murals for Krakow’ was put together by Krakow street artists who created the mural by bringing together multi-format paintings and connecting them with urban, historical, and architectural contexts of the different districts of the city. The activities of the mentioned groups are primarily visible in two districts of Krakow: Kazimierz and Podgórze. There are definitely lots of creative murals that will make you stop and wonder!

We can talk about the facts all we want, but nothing compares to seeing something yourself! If you take just a short walk around the city you’ll be able to observe that the visual art in Krakow is a lot more than just third string to architecture and painting. We’ll start off in the Kazimierz District, where the murals mainly focus on the Jewish history in the area. While wandering around, make sure to check out our suggestions on the best pieces of visual art! This mural pays tribute to the Bosak Family

This black and white mural is located at 3 Bawol Square, and is done in the art nouveau style. It was created by the Israeli group, Broken Fingaz, for the 24th Jewish Culture Festival to honour the memory of the Bosak Family, who lived in this area until the creation of the Kraków Ghetto in 1941, amidst the German occupation of Poland during World War II. This mural was created by Marcin Wierzchowski, and is visible on the wall of the Galicia Jewish Museum on Dajwór Street. The inspiration behind the mural draws from the Jewish community in two cities: pre-war Kraków and modern Jerusalem. The huge menorah in the middle of the painting helps depict the clear link between these two distant worlds.

The Mural Judah was made by the Israeli artist Pil Peled. It is also a black-and-white work that was presented during the Jewish Festival in 2013. It is an interesting portrait of a child with a lion face above it, and according to the artist, is a symbol of the Jewish nation, and the constant fight of every child to become an adult and to overcome the everyday fears and problems of leading a responsible life.

The mural at Joseph Street The emotion is all in the eyes!

The mural at Joseph Street is a completely new art piece as it was only introduced in 2016. It portrays various people that are associated with the district: King Kazimierz the Great and his Jewish lover, Esterka; Prince Joseph II, who became the patron of this area during Austrian times; the architect of the district, Karol Knaus; and Helena Rubinstein, the Jewish queen of cosmetics who lived in Kazimierz before WWII.

Apart from the four must-see murals mentioned above, there are plenty of others in the area — both in the Kazimierz and Podgórze districts (which we’ll talk about in another post!). In the meantime, check these murals out if you get a chance, or learn a little more on our new Urban Adventures tour in Krakow, the Markets and Flavours of Krakow, which is available Mondays to Fridays from April to October.