Blog > Literary travel: In the City of Bikes 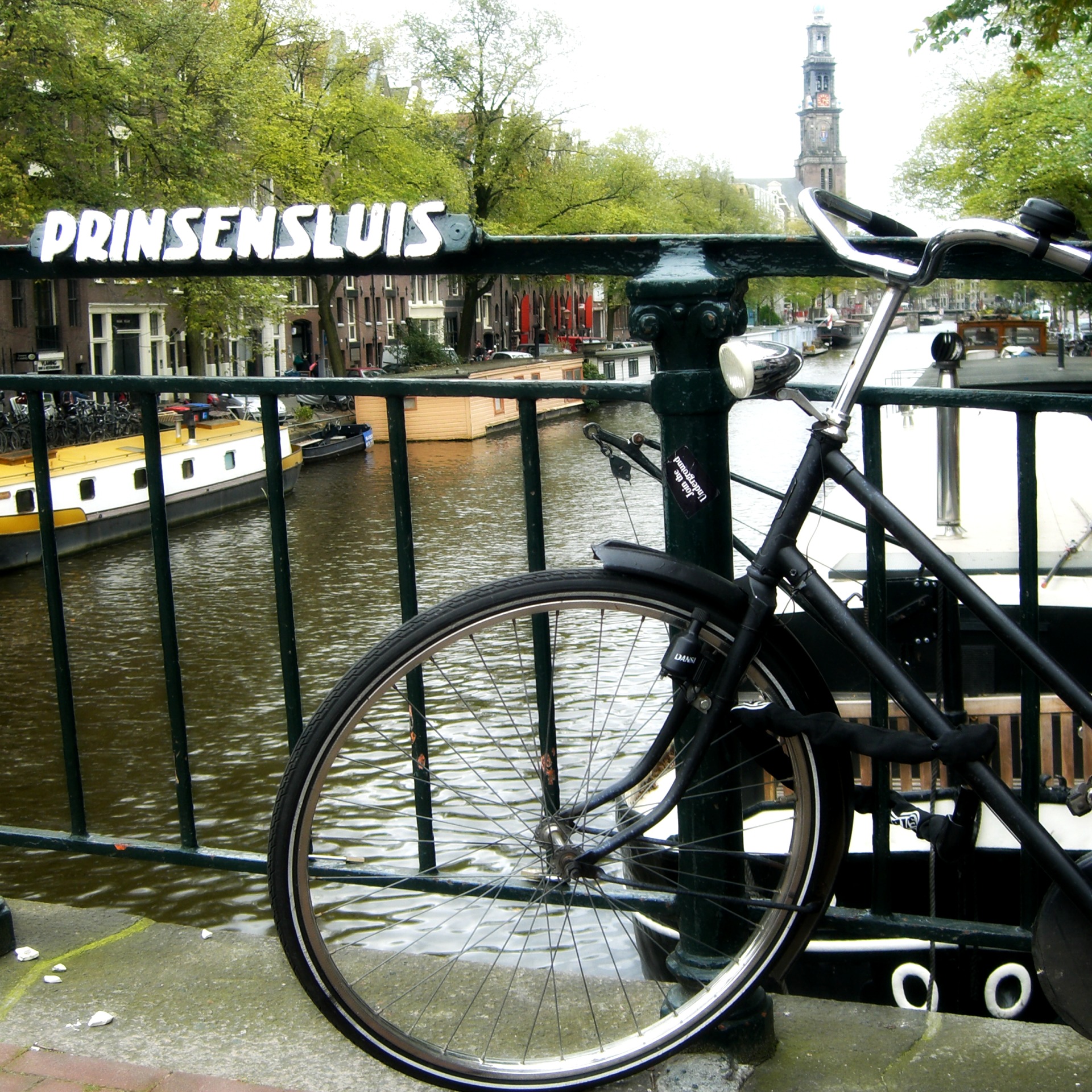 Literary travel: In the City of Bikes

The Netherlands is said to boast one of the highest living standards and quality of life in the world, and many say the Dutch bike obsession contributes to these benchmarks. But this obsession with two wheels has a dark side, one that contributes to stress and anxiety about personal possessions and space.

For the Dutch, the bike is not just a national symbol, part of the collection of windmills, flowers, and clogs. Rather, the bike is more in tandem with nobler intentions of resistance, democracy, and personal freedom.

Few people in Amsterdam are able to keep their beloved vehicles for more then two years. My first bike, I bought secondhand and it was stolen, or so I thought, after seven months. Two years later, I found it had been moved up the street, possibly a victim of a late-night prank. So my first bike became my fourth bike. My second and third bikes had similar fates — they became too broke down to be worth fixing. I purchased them both on the black market. A “junkie bike,” as they are referred to.

My fifth bike fell into a canal on a windy day; my sixth and seventh bikes were stolen. I had moved to the city’s north end, and the percentage of bikes being resold in Germany makes a bike in North Amsterdam vulnerable to underground entrepreneurs. So, now I lock my tenth bike in a storage locker at night. Don’t ask about my ninth bike — it’s a much longer story.

Pete Jordan, who moved to Amsterdam some years ago from Portland with a degree in civil engineering, has even more personal bike stories to share than me. He has owned more than seven cycles, and his book, In the City of Bikes, explores the evolution of Amsterdam’s cycling scene.

In In the City of Bikes, you hear from tourists and locals alike: “A story goes that a foreign tourist spent two full days in our country… without making a single remark about the number of cyclists that he came across everywhere he went. Of course, no one believes it.” This quote is one of hundreds that help you feel the intensity of Amsterdam’s streets.

There are city sites where bikers resisted Nazis , anarchists resisted big money, and cyclists still practice civic disobedience. Another quote, from a police officer in 1934: “A real Amsterdamer likes to joke around… In Harlem if you say ‘get off your bike, and walk’ to a cyclist without lights, he’ll get off and walk. But in Amsterdam they pretend not to hear you. And unless you chase them down they won’t cooperate.”

Jordan has done a great job at capturing the essence of this cycling capital in words. If you have ridden these streets, a read of In the City of Bikes will bring you back. If you haven’t yet hopped on a bike in Amsterdam, the book will make you want to put your feet to the pedals.

In the City of Bikes has inspired us to share more of these cycle tales with you in Amsterdam. Our Bikes and Dyks tour tells stories of cyclists from the past and present, all along the streets and canals that helped define the city itself.