Mallorca has some of the best wines you’ve never tried

You probably already know the famous Spanish D.O. (Denominación de Origen) wines, such as those from Rioja and Ribera del Duero. But if you want to try something extra special, head to the small wine cellars of Mallorca.

Mallorca wines aren’t typically exported, so in order to taste them, you’ll likely need to come right to the source. And if you’re in Mallorca, you should most definitely take advantage by tasting as many of these unique wines as you can.

With so many wines undergoing the same old processing practices — which can end up standardising wines and impeding the flavours of their origin — Mallorca aims to stand separate. Instead, this region has chosen to flamboyantly throw its own Mediterranean character into its wines!

4 Kilos Vinícola is a great example of this attitude. Created by enologist Francesc Grimalt and artist Sergi Caballero, the winery’s name refers to the 4,000,000 pesetas (Spain’s former currency, and 2,000,000 for each partner) they needed to start up the business. Its equivalent in euros? EUR 24,000. Such was their commitment to create a great vineyard and a winery with spectacular design.

Their main investment was on the vineyard: they created a puzzle of soils and varieties summarised in two labels: the fruity 12 Volts wine, reminiscent of the Mediterranean landscape (think rosemary and berries), and the more limited 4 Kilos, which has remarkable consistency on the palate. The greatest merit of this red is its concentration that has distinctive earthy notes, without giving off a silky or polished texture. The Mallorca callet variety of grapes represents 60% of the mixture of this wine, accompanied by cabernet and syrah. 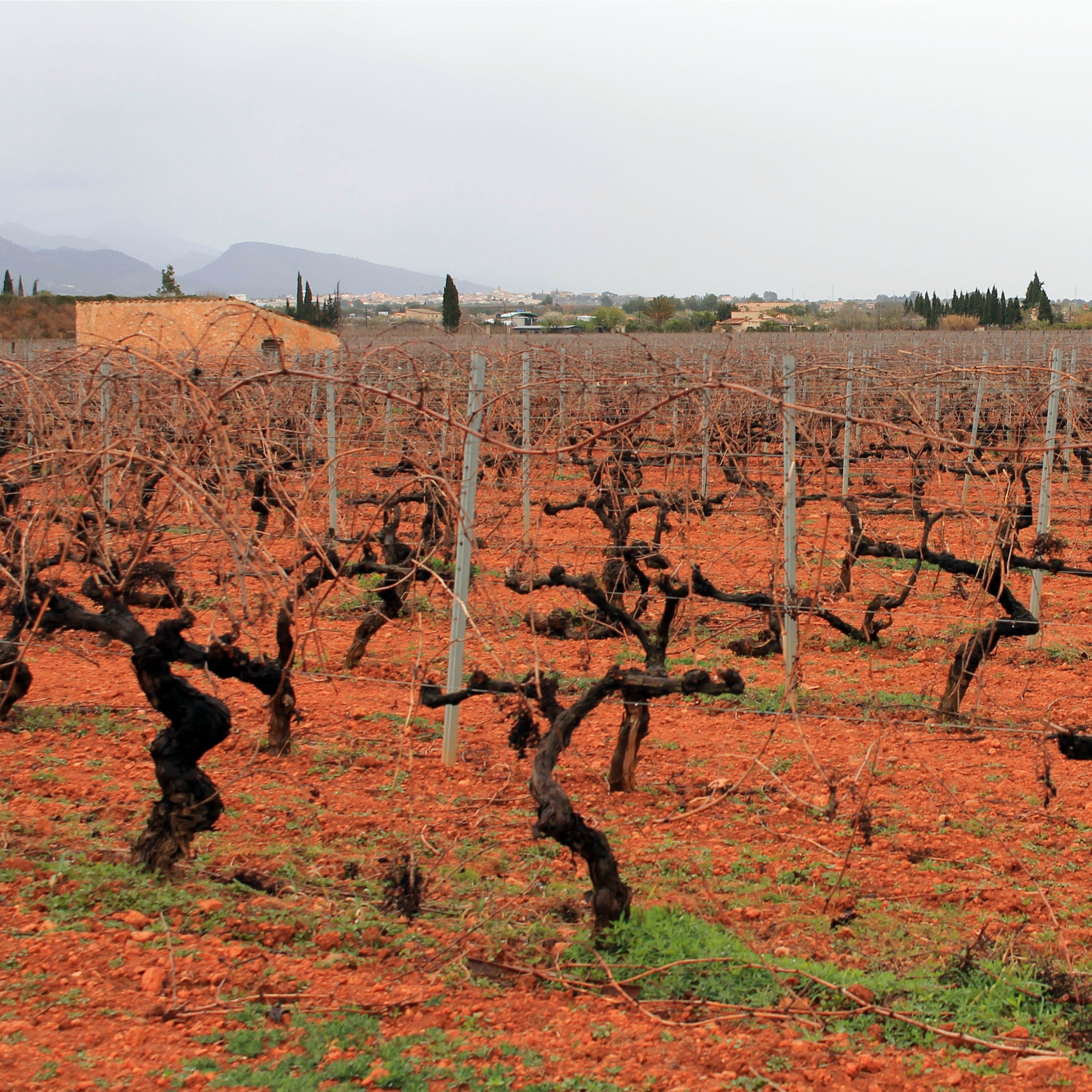 There are many local grapes employed in Mallorca wines, and tasting these offers real insight into the local culture and land. There’s not only the callet, but also the black grapes manto negro, fogoneu, and gorgollasa (the latter not even present in commercial Spanish varieties) and the prensal white varietal.

On the other hand, some wine-makers mix these local grapes with foreign (mostly French) grapes such as syrah, cabernet, merlot, pinot noir, chardonnay, chenin blanc, and viognier — but the characteristics of local soils and microclimates give them a different character than you’d traditionally get from those more common grapes.

There are five different areas on the island, all with different climates that create completely different wines: the Sierra Tramuntana (mountain chain in front of the sea), el Raiguer (long tail area crossing the island), el Pla (central flat part), Serra de Llevant (hilly area), and el Mijorn (a flat in the south near the sea).

Within these areas are two D.O.: Binissalem and Pla i Llevant, which is an extended area that includes Pla, Mijorn, and the Llevant hills. You can find also these two regional D.O.s: Mallorca and the more recent Sierra de Tramuntana-Costa Nord.

An wine, from An Negra Viticultors winery, is the perfect example of aromatic wine representing its local origins from the Mijorn area. Another great wine is Gran Vinya Son Caules from the Vins Miquel Gelabert winery (Pla i Llevant D.O.), with a more mature style from vineyards between the Mijorn and Serra de Llevant.

Bodega Ribas (Vi de Mallorca D.O.) is another source of pleasant surprises and one of the historic farms on the island. Founded in 1711, it was one of the pioneers in quality wines. They superbly handle the local grape variety mantonegro while testing different white grape varieties such as viognier. If you want to splurge, its red top Ribas de Cabrera costs over EUR 30. A cheaper option is its Sio Crianza, which costs around EUR 14 and perfectly reflects the Mediterranean and greedy personality of Mallorca red wines.

Other remarkable wineries are: