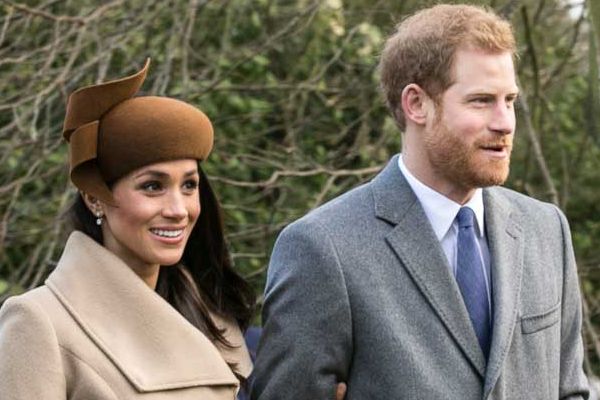 A quick history of the partying princes of London (Harry included)

With the wedding of Prince Harry and Meghan Markle on the horizon (and the launch of our brand-new Historic Royal Pub Tour!), we asked our local London tour guides if they think we’ve seen the end of the nation’s favourite party prince. Afterall, while often misconstrued as stuffy and boring, many of the British Royals, past and present, have actually excelled at having fun. Sometimes a little too much.

So as Prince Harry and Meghan Markle tie the knot (and travellers hit up the pubs of London with our local guides), let’s honour three of the nation’s best-known princes and kings, who turned partying into an art form — including mischievous Prince Harry.

After Oliver Cromwell and his puritan friends shut down all the theatres in London and even tried to close its pubs, the English had had enough. They welcomed Charles II (1630-85) back from exile in France and the Jolly King, as he became known as, embraced the nation’s most hedonistic tendencies.

Dozens of theatres were reopened, pubs were actively supported and ladies of the night were embraced (both figuratively and literally).

No bigger party place existed than St James’s in the Royal Borough of Westminster. Built to service King Charles II’s passions, it boasted a heavy concentration of tailors, wine merchants, pubs and brothels.

Tunnels were dug to link St James’s Palace to the cellars of a number of these establishments so the King, his friends, mistresses and more could travel discreetly between them.

King Charles II was also known to emulate Henry VIII’s partying ways at St James’s Palace and indulged in his own version of a Historic Royal Pub Tour on frequent occasions too!

The Grand Old Duke of York

The army, ‘beer money’, gambling and mistresses! Prince Frederick of Albany and York (1763-1827), better known as the Grand Old Duke of York, was infamous for his partying ways.

Second son to George III, the Duke of York reformed the army and created Sandhurst Military Academy (where both Prince William and Prince Harry later trained), but he also introduced beer money! The troops had a portion of their pay reserved exclusively for beer, so they could indulge in Historic Royal Pub Tours of their own when fighting abroad.

Unfortunately for the Duke, he gambled as much as he drank and ran out of money to support his mistresses. One of them, Mary Anne Clarke, furious at being told he had no further money to give her, testified in Parliament against the Duke. She told them that she’d been using her sensual ways to influence the Duke on which officers should receive a promotion and collecting fees from them on the side. As such, he was forced to resign as Commander and Chief of the British Army.

Prince Harry (1984-present) has had his fair share of partying and subsequent scandals. Well known for partying throughout Westminster and the St James and Mayfair areas in particular, Prince Harry has been photographed in a number of compromising situations.

Whether pictured having intoxicated tussles with the paparazzi after club nights or the unfortunate Nazi costume gag he sported at a fancy dress party in 2005, it’s his overseas adventures that have perhaps captured the most attention.

In 2012, naked pictures of Prince Harry surfaced from a game of strip billiards in Vegas with the Prince left cupping the family jewels in one image. Guess he and the Duke of York share a similar run of gambling luck?!

However, in the subsequent years, Prince Harry and his partying ways have definitely changed and matured. The Invictus Games, established in 2014, is an outstanding example. This international adaptive multi-sport event was created by the Prince for wounded, injured or sick armed services personnel and their associated veterans. Events include wheelchair basketball, sitting volleyball and indoor rowing.

He also co-founded, with his brother Prince William and his sister-in-law, the Duchess of Cambridge, Heads Together, a mental health charity.

So while his wild partying days may have drawn to a close, I think we can all expect to see further great initiatives from His Royal Highness.

All images free source via Wikipedia.

Setting out in search of four of London’s best-kept-secret pubs, our tour begins in the royal neighbourhood of St James. We’ll discover the fun and unique history of the Royals including Queen Elizabeth, Prince Charles and Princes William and Harry. Cue pub one!