Blog > Pierogi – the only Polish dish with a patron saint 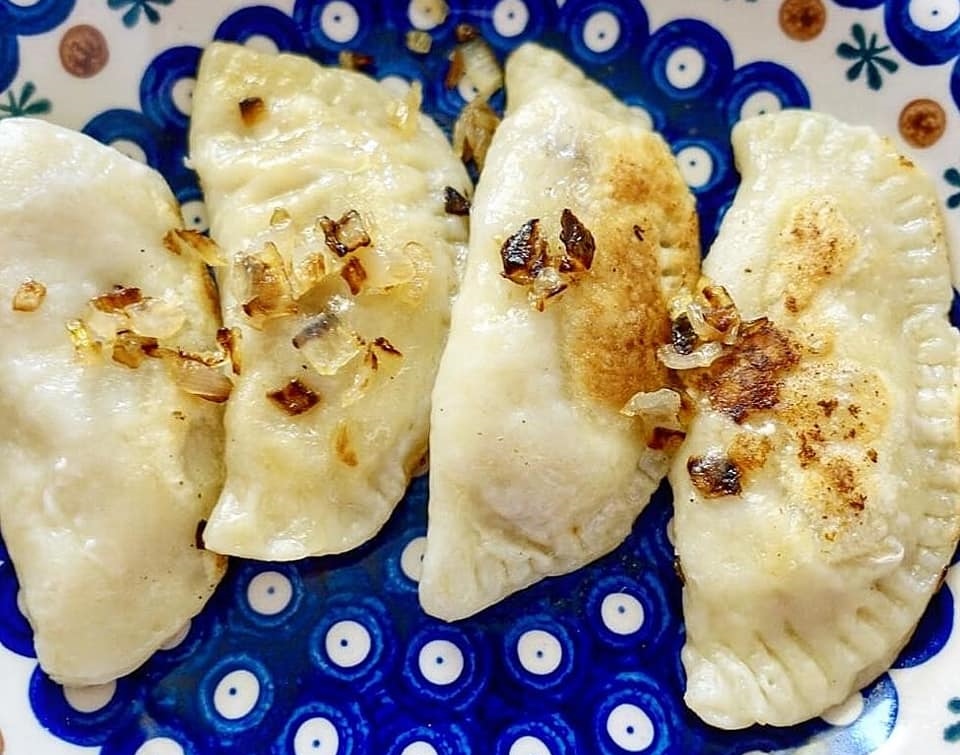 Pierogi – the only Polish dish with a patron saint

If you’ve ever eaten pierogi, chances are fairly good that you fell in love at first bite – and we wouldn’t blame you. The soft, pillowy dumplings stuffed with cheese and potato (among other possible fillings) is the ultimate in comfort food: filling, hearty, and totally satisfying, whether boiled or fried. But if you’re wondering where this popular Polish dish originated, we have the inside scoop.

Pierogi are pierogi – there is no better world for this famous Polish dish, although some people try to translate the name as Polish dumplings, Polish raviolis or even small empanadas – none of which are accurate. For us, pierogi is something unique and integral to our culture. You can picture them as half-circular dumplings stuffed with many types of different fillings, made out of unleavened dough, and then boiled or fried.

So many pierogi, so little time | Photo by Krakow Urban Adventures

The most classical fillings are cheese and potatoes, cabbage and mushrooms, or meat. But you can also find sweet pierogi filled with strawberries or blueberries, and so many other flavours. For example you might see more offbeat fillings like marzipan with poppy seeds or turkey with peaches, especially during the Pierogi Festival we celebrate in Krakow in the middle of August to honour the legendary, patron saint of pierogi: St. Hyacinth, the first Polish Dominican monk.

According to legend, when he was travelling to Krakow to settle down and create the first Dominican congregation at the beginning of 13th century, he was stopped in a village nearby by a huge thunderstorm and he had to spend the night in the house of local peasant. He found the peasant and his family very sad because due to the awful weather and heavy wind, all the crops were totally damaged and they were afraid there would be nothing to collect and they might die of hunger in the wintertime.

So St. Hyacinth promised to help and proceeded to spent the whole night praying to God and asking for mercy. In the morning, a miracle allegedly happened and the villagers discovered that the whole agricultural area had been reborn and they could come back to their fields and cultivate crops. They were so happy and grateful to St. Hyacinth that to say thank you to him, they took wheat and barley, made flour, and prepared for St. Hyacinth the first pierogi ever.

That is why pierogi is said to be a dish with a patron saint. There is even an old expression of surprise in Polish – “Swiety Jacku z pierogami!” (St. Hyacinth and his pierogi!) meaning more or less, ‘good grief!’

Still hungry for more? We suggest jumping on our Krakow Food by Foot tour where you’ll get to learn even more about the humble, yet totally delicious pierogi.