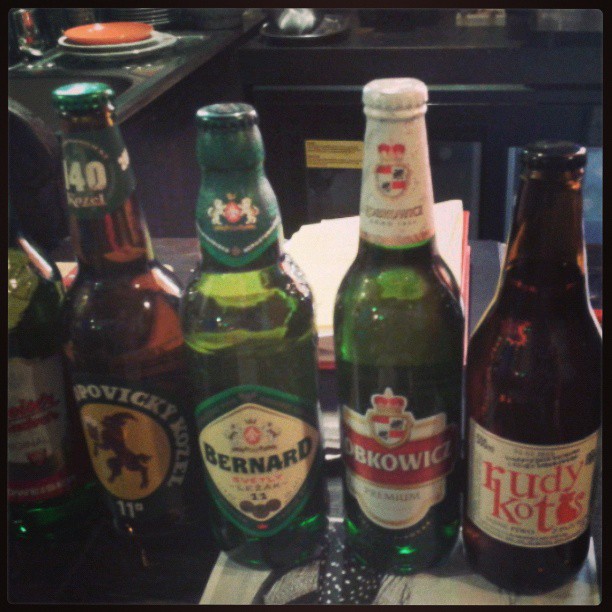 What’s better than drinking beer? How about celebrating beer? There are plenty of places around the globe that turn our favourite beverage into full-on parties; Oktoberfest in Munich is of course the big one, but there’s also lesser known ones in almost every destination you can think of! There’s Pilsner Fest near Prague, the Craft Beer Festival in New York City, La Paris Beer Week, and Toronto Beer Week. It’s always Beer O’Clock somewhere, right?

In Poland, there are three annual events that every Polish beer lover looks forward to, all of them in or near Krakow and dedicated to celebrating the best local beers. If you’re a beer fan with Krakow in your travel plans, get yourself to one of these awesome Polish beer festivals! Do you know your Polish beers? One of these is not like the others.

Late May. This is one of the biggest beer events in Poland, started five years ago to promote original Polish regional beers, as well as to educate beer fans about traditional brewing techniques. During the festival, participants can sample about 40 different types of beer, some of them with memorable names like the Black Cat or the Bison.

Third weekend of June. The program of this festival near Krakow includes beer contests as well as brewing demonstrations and tours of the great Żywiec Brewery Museum. Local guides take visitors travelling back in time as they learn about the interesting history of the home of Poland’s most famous beer: Żywiec.

June 21. This holiday is named after the pre-Christian tradition of making wreaths and celebrating summer solstice, the longest day of the year — but it’s also a perfect time for beer tasting! In Krakow, breweries are among main sponsors of this huge event, and beer is available all night long. What could be more pleasant then drinking cold beer on the bank of the Vistula River on a hot summer’s night?!

Thirsty for Krakow now? We’ve got you covered!

Krakow Wellness Guide: Healthy Eating, Spas, Exercise Options and More
Where to watch Euro 2020 in London
Why you’ll love Christmas in Krakow
Things to do in Warsaw in November
Krakow Souvenir-making workshop: giving something back to the local community