Blog > The 12 dishes of a Polish Christmas dinner 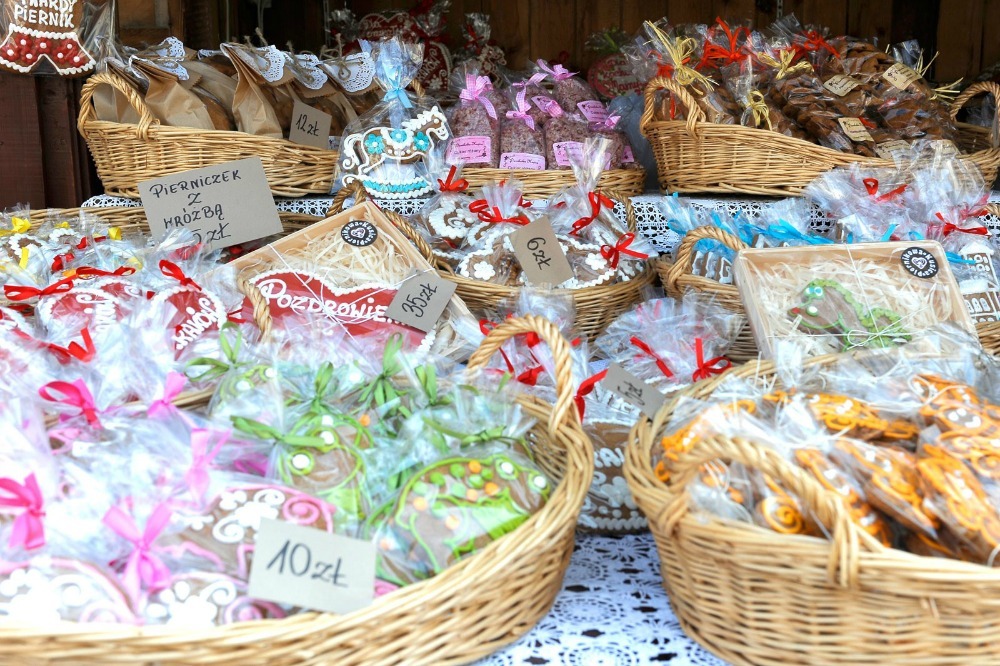 The 12 dishes of a Polish Christmas dinner

Christmas is the most celebrated feast in Poland, and while the day is traditionally considered a religious holiday, the fact is most people here celebrate it in some way regardless of their religion. For many Poles, this is the one time of year when all members of their families come together at the dinner table, close to a beautifully decorated Christmas tree, of course.

For us, the most important day is Christmas Eve (December 24th). On this day, families gather to eat a traditional Christmas dinner, which starts exactly after the first star is seen in the sky. The table is covered with a white tablecloth, placed atop some hay — a symbol of the fact that Jesus was born in a manger.

Once everyone is seated at the table, the head of the family acknowledges the group and then everyone shares a wafer, called opłatek, and offers good wishes for the coming new year. Only then do we start eating — but once we start, we don’t stop! A typical Christmas Eve dinner involves some four to five hours of eating, with just short breaks in between!

Traditionally, there are 12 dishes served over Christmas Eve, symbolising the 12 apostles as well as the 12 months of the year. It’s said that you should ensure you eat at least a little bit of everything so that you’ll be blessed with prosperity in the new year.

The first course is always a soup. It is either beetroot soup with small mushroom-filled dumplings (uszka) or mushroom soup with noodles. Then the dinner continues with regular Polish dumplings (pierogi) with various vegetarian fillings (our Christmas menu may be different from what you expect, as it includes no meat). We also serve carp, which may be fried and accompanied by potatoes and vegetables, or served cold in gelatin (the so-called Jewish style). Carp isn’t the only fish we eat on this special evening, as you’re also likely to find herring fillets in oil or herrings covered with cream, served with potato salad. Later on, there will be sauerkraut with mushrooms or cooked together with beans, and eaten with bread. 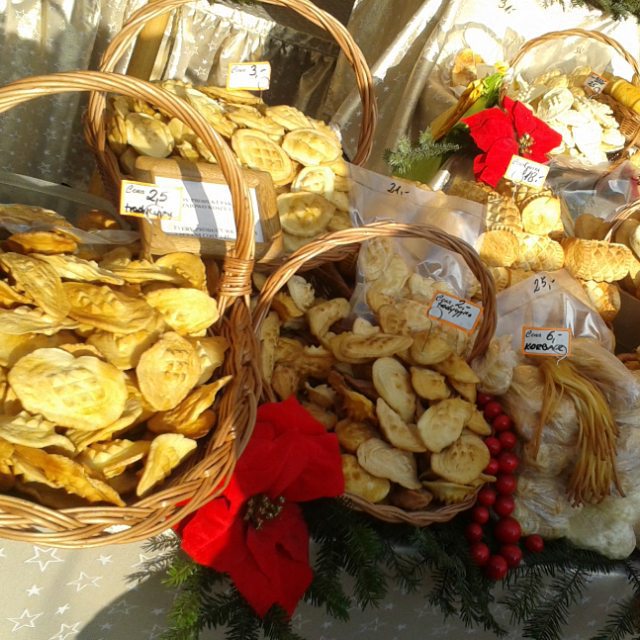 Who could say no to a basket of Christmas cheese?! | Photo Credit: Krakow Urban Adventures

It might be hard to imagine, but after all that, the dinner still continues! Except now, we turn to sweeter dishes. The menu differs by region, but typically in Krakow, we have kutia, which is a mix of honey, dried fruits, poppy seeds, and wheat grains sometimes served with noodles, poppy seed cake, and gingerbread with almonds and raisins.

I know that there is a stereotype that Poles drink a lot of vodka but at this time of year, vodka isn’t the drink of choice. Instead, we finish the dinner off by drinking kompot, a non-alcoholic beverage made from dried fruits, as we sing Christmas carols.