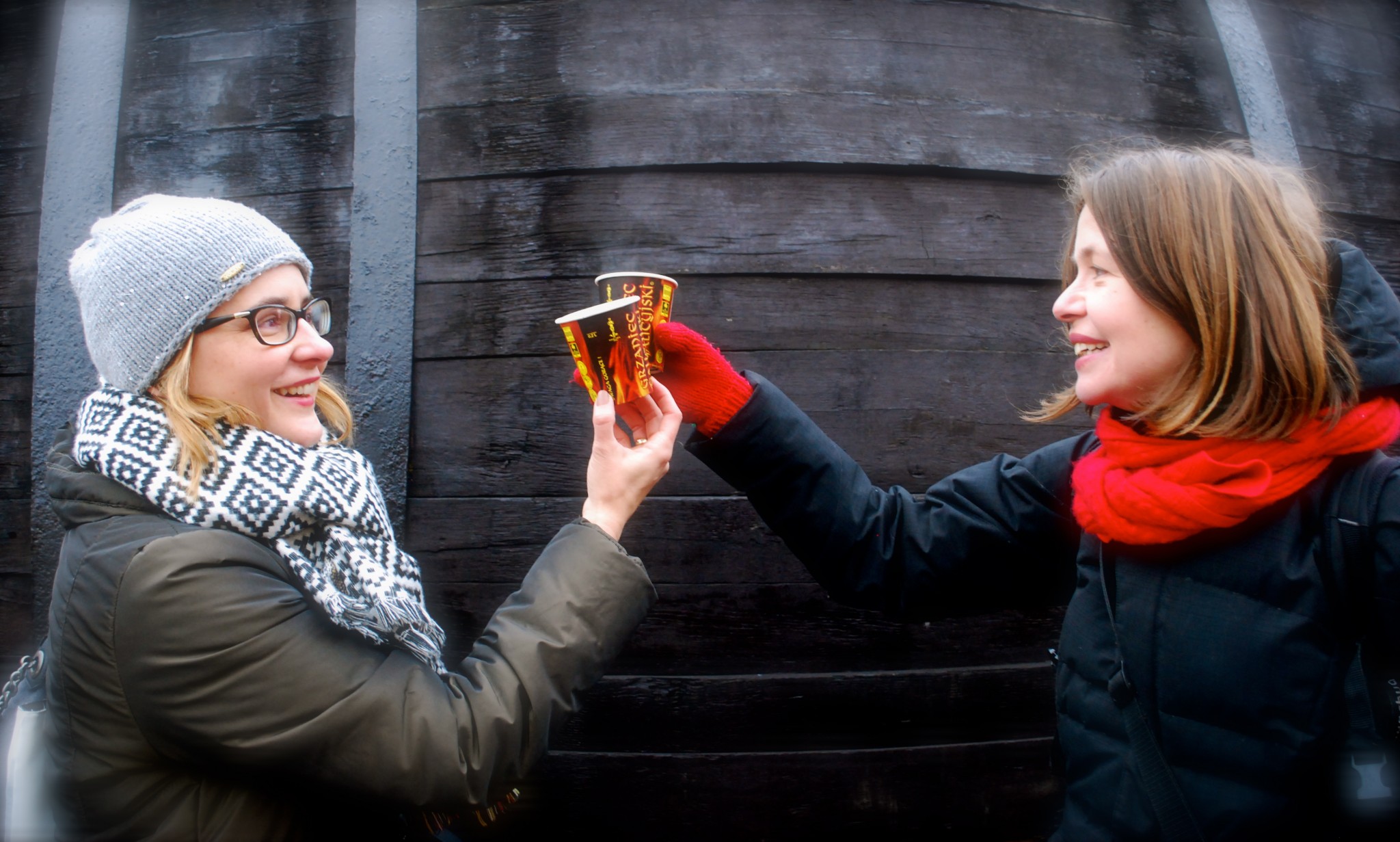 New Year’s traditions in Poland are packed with superstition, all with the goal of making the coming year more prosperous than the last. Unfortunately, over time, many of the country’s older folk customs have faded into oblivion and aren’t as commonly celebrated as they once were — but that doesn’t mean they can’t still be found, if you know where to look (hint: leave the city and head to the countryside for time-honoured traditions).

Perhaps the biggest, most common tradition is a massive New Year’s Eve dinner. At family tables, expect to find huge, homemade loaves of bread and cake, as well as some meat and cabbage with peas. In local traditions, it’s important to eat a lot in order to have successful future in the year ahead — you don’t want to let hunger come to the house. 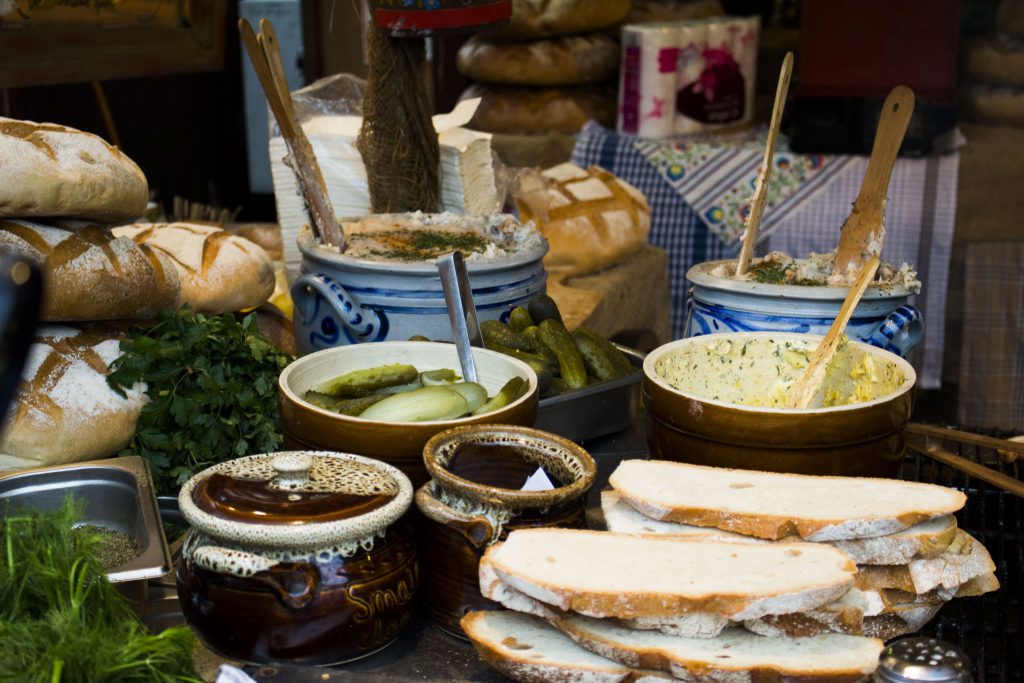 How much dinner can you eat?

In some regions, there is also a custom of washing the whole body before dinner, with a big bowl of icy water poured over you (imagine doing this with a temperature of about -5 degrees Celsius). At the bottom of the bowl, there will be a silver coin that must stay untouched, resting atop the head of the person who took this adventurous shower. The belief is that it will bring riches for the next year (if you are still alive after practicing this, of course).

If ice showers aren’t your thing, you could also save a few scales from the carp that’s traditionally eaten at Christmas Eve. The Christmas carp tradition is also practiced in several neighbouring countries, such as Slovakia and the Czech Republic, and true custom says you should keep the carp alive, swimming in your bathtub, until it’s time to kill it for the family dinner. (Many modern Poles now choose to buy ready-to-eat carp, which makes bathing in the days leading up to Christmas far easier.) Everyone keeps a few of the fish’s scales in their wallets over the next 12 months to encourage good fortune. Or, if fish doesn’t strike you as a lucky symbol, you can skip the scales altogether and instead have a slice of poppy seed cake (makowiec) — it’s said to bring you as much money as there are poppy seeds in the cake.

In some villages, straw is the star of New Year’s traditions. Some locals wrap fruit trees with straw, to protect them from the devil and to ensure a good harvest in the coming year. In the north of Poland, locals have a custom of burning straw in front of their houses, which is to symbolise leaving behind all the worries and sorrows of the passing year. Or, you could just do as the kids do and throw corn and peas at each other — all in the name of luck and money for the new year, of course.

Stretching beyond New Year’s and into carnival time, young local men travel around town as carollers (kolednicy), visiting houses while dressed in strange costumes and acting out scenes from the birth of Christ or singing Christmas carols. Locals are usually happy to invite these performers under their roof, as it is believed that any gift or money given to them in gratitude for the show will turn into something better during the next year. Carollers are always a good sign, bringing abundance, prosperity, and peace.

Raise a cheer to a new year! | Photo by Tomasz Klimek

But in the cities, the last day of the year is quite different, without the country traditions mentioned above. At the beginning of the 20th century, people in Poland started to celebrate the turning of the year with loud and joyful gatherings filled with dancing, singing, and eating. Today, in all the major cities, you’ll find New Year’s Eve concerts, dinners, and balls, including many free city-organised events in public parks and squares. In our beloved Krakow, for example, the biggest stage is usually at the Main Market, although this year there will be a slight change in this tradition; instead, there will be three different events in three different squares of the city: at the Main Market like always, but also at the Main Market of Podgórze district and, for the first time in history, close to the People’s Theatre in the Nowa Huta district (a fascinating Socialist-Realist neighbourhood on the east side of Krakow). Detailed information is available on the city website. Despite the new venues, the nature of the celebration will be the same as always, and exactly at midnight, residents and visitors will hear from Wawel Hill the deep, booming sound of the biggest historical bell, the Sigismund Bell (named for the king who commissioned it in the 16th century).

Just like all over the world, in Poland there is the tradition of watching a special fireworks display and drinking plenty of champagne, but some people also prefer a more subdued New Year’s. Many locals want to escape the hustle and bustle, and so for them, it’s quite typical to leave the city and go to the mountains, to spend the last night of the year resting from everyday life.

The important thing to remember is that, in Poland, there is no rule for the 1st of January. For us, it’s important to just do what you really like to do, as the folk traditions say that the entire coming year will be like its very first day. (I personally would like to spend the first day somewhere on the road and have high hopes that the magical tradition will come true and my backpack will be with me often in 2017!)

From here in Krakow, I wish you a Happy New Year, and may all your dreams come true — especially the travel ones! See you somewhere on the way!