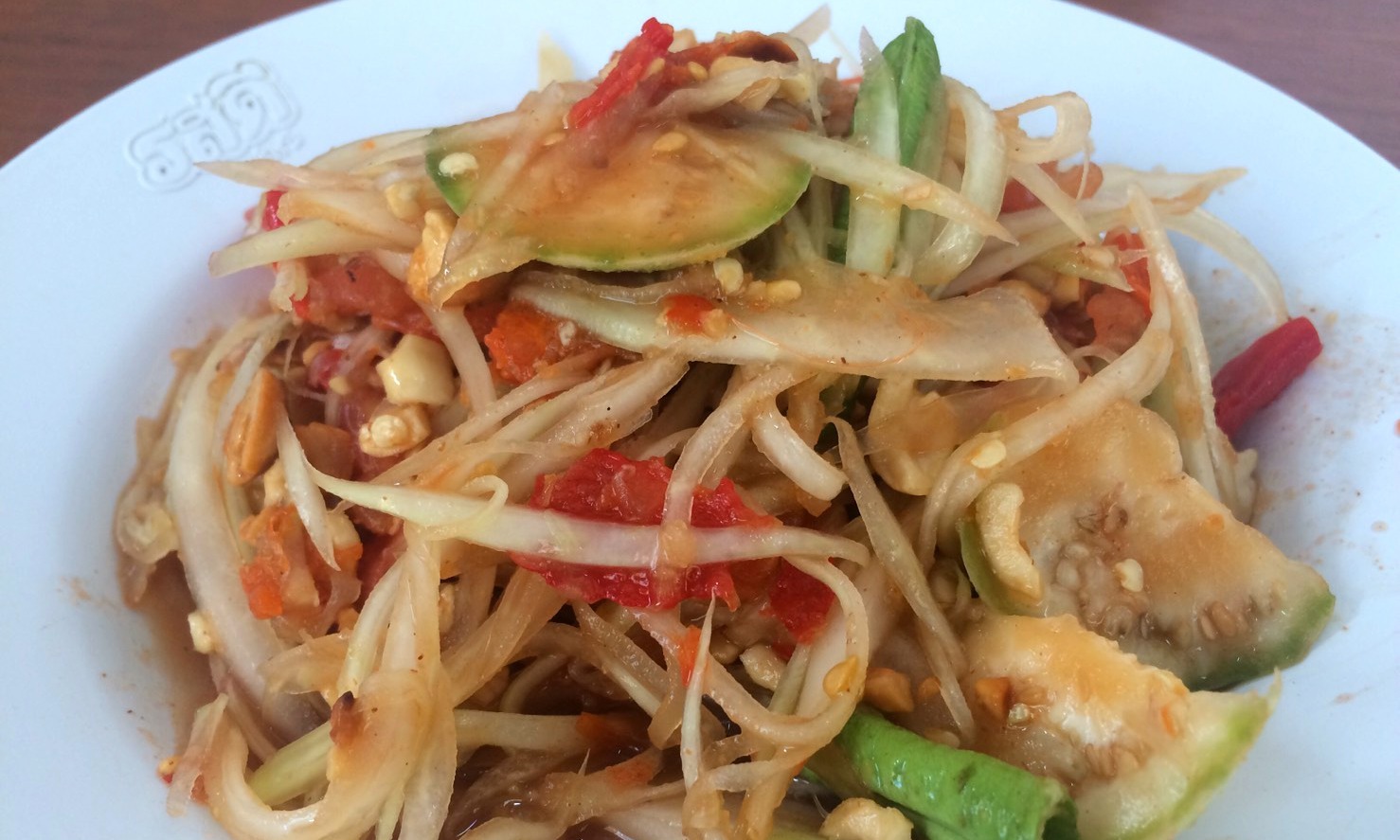 Despite Bangkok’s location in central Thailand, Isan-style dishes from the north have worked their way into the city’s street food scene — but finding the best northern food means finding the stalls run by northern Thais. Pi Kruea is one of them; she moved to the city from northeastern Chaiyaphum province. And with her she brought her own variation of a dish already popular in centre and southern areas: papaya salad, or som tam, which she serves at her stall, Kruea Som Tam.

Kruea (the ‘Pi’ in her name refers to ‘sister’ — a term of endearment by the locals who come here for what they consider to be the best som tam in town) moved to Bangkok some 30 years ago in search of work. She found herself employed sewing clothing in a garment factory, which was good enough for making money but wasn’t something she wanted to do long-term. Instead, she dreamed of running her own business. That business ended up being a food stall, which she started up about 10 years ago along this side street in the city’s old town area of Ban Phan Thom, just over the river from Khao San Road. She opted for som tam as her main dish because of its immense popularity and because it’s so easy to make.

Kruea’s som tam stays true to its northern roots; she makes the Isan-style som tam korat, which uses a fermented fish sauce in the dressing — whereas most travellers are more familiar with the southern version of som tam Thai, which uses a non-fermented sauce. Be warned: som tam korat has a pungent flavour that not too many farang (foreigners) may be used to tasting, and to be honest, may not have the palate for (if it’s not your thing, she’s happy to make a version without the fish sauce — just ask for it “mai sai plah ra”). The rest of the salad is a refreshing mix of shredded papaya, tomato, eggplant, and long beans, with a generous helping of chili peppers (again, depending on your tastebuds, she’ll adjust the heat intensity accordingly).

Her other famed dish is gaeng hed, or spicy mushroom and vegetable soup. Another northeastern dish, it’s considered to be the ultimate healthy food, high in chlorophyll, loaded with vitamin A, and ideal for detoxifying and cooling down the body. It’s made from a variety of mushrooms, pumpkin, acacia, luffa (a vine that’s part of the cucumber family), and bamboo grass, which gives it a dark colour. If you’re a fan of mushrooms, get a bowl; it’s absolutely delicious.

Soon, my Urban Adventures guide for the day, is one of Pi Kruea’s biggest fans, which says a lot given she’s a true Bangkok foodie and som tam is her favourite dish. “I’ve tried it in other places,” she tells me. “But this one is the best.”

How to find it: Near the Nouvo Hotel, on Samsen Soi 4 between Samsen Soi 2 and Wat Tri Thotsa Thep Soi.