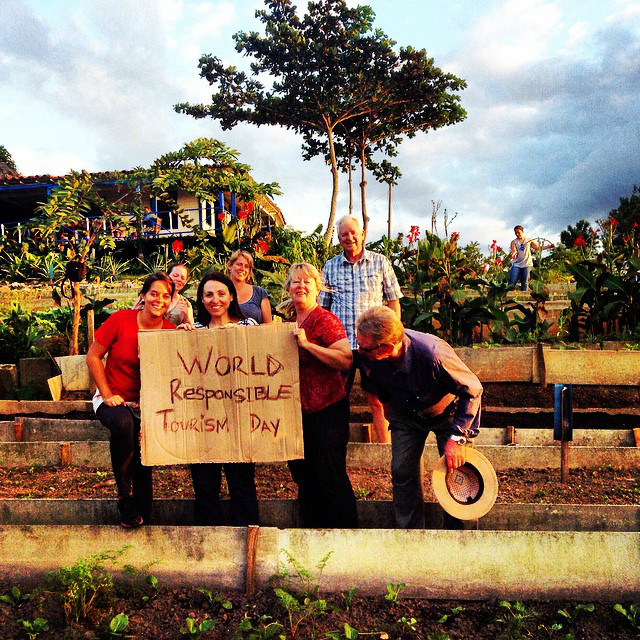 We won gold in the category of “Engaging People and Culture,” which honours the best examples of holidays that celebrate local people, traditions, and ways of life. It’s also a category that we feel extremely passionate about.

Here’s what the awards committee had to say about us:

“City tourism often focuses on architecture or ‘attractions’. But this holiday company has put the word ‘civil’ back into city holidays. Because, going back to the Latin meaning of the word, we must never forget that cities are all about their citizens. And connecting tourists with citizens is what Urban Adventures is all about, with a wide variety of tours on offer — from joining Istanbul families for a Ramadam iftar feast as they break the long day’s fast in the park, to cycling along the banks of Kerala’s backwaters, stopping in homes for lunch and refreshments… Urban Adventures is all about cultural exchange and giving tourists access to tours that are created and led by local people. People for whom human connection and sharing living heritage, be it through food, craft or music, is not only profit-making but also instilling a pride of place. Making this a win win urban venture, and indeed adventure.”

Our tours are all created and operated by locals, and designed to support local, independent businesses and to funnel money back into local economies. We know that the best way to experience a city is by seeing it on a local level. We believe it so strongly, in fact, that it’s at the heart of our responsible tourism mandate. We don’t view tourism as a way to “check things off a list.” We view it as a way to understand the world beyond our own borders. We believe that if done poorly, tourism has the power to exploit and destroy; if done well, it can foster curiosity, understanding, respect, and tolerance. That’s a lot of influence, and we want to be on the right side of it. For us, engaging with local people and culture is equally important for the locals as it is for the travellers. Our success is built around that real human connection and bringing together people with common interests.

“Responsible travel is a key plank in everything we do and in every decision we make,” says our general manager Tony Carne. “We don’t really believe in responsible tourism as a sector — we simply believe that all tourism should be responsible. We want to build a world in tourism that positively impacts the world at large. That may sound a bit grandiose, but with tourism we have a vehicle to educate first-hand about cross-cultural differences, to breed acceptance and understanding, and to provide livelihoods for people who don’t have a lot of obvious opportunities. When engaging in tourism for good is no easier or harder than engaging in tourism that does harm, why would anyone choose the latter?”

As part of our efforts to use tourism as a force for good, we’re also excited because we’ve just launched a new line-up of tours that support social enterprises in communities around the globe. Our “In Focus” series takes travellers into work being done by local NGOs, non-profits, and accelerators in struggling communities.

Current tours in the In Focus line-up include:

“The places where some of these stories are being played out are not on the usual tourist route,” says Carne. “The benefits of tourism don’t reach these people — and that is part of the current problem but also the opportunity for the solution. For the traveller to be welcomed into these places is like being at the forefront of discovery again in a world with less and less ‘off-the-beaten-tracks.’” We know that travellers are seeking out more authentic experiences with locals, and we want to keep making it easier for travellers to find those interactions, as well as for local tour guides, travel experts, and business owners to deliver those experiences.

We’re so happy to have been recognised just for being who we are, and we’re so proud of everyone in our community — from our guides to the travellers on our tours — for being their authentic selves. Thank you!

Wherever we go in the world, we take a responsible attitude with us. That means travelling in a way which both respects and benefits local people, their culture, their economy, and their environment. If you’re not familiar with it, sometimes it’s hard to know what people mean by the words ‘responsible tourism’.

The Street Food 50 list for 2020 has arrived!
Lonely Planet Best in Travel 2020: What not to miss according to locals
Lonely Planet Experiences powered by Urban Adventures are here!
9 ways to be a plastic-free traveller
Over-Tourism in Santorini: What’s the solution?