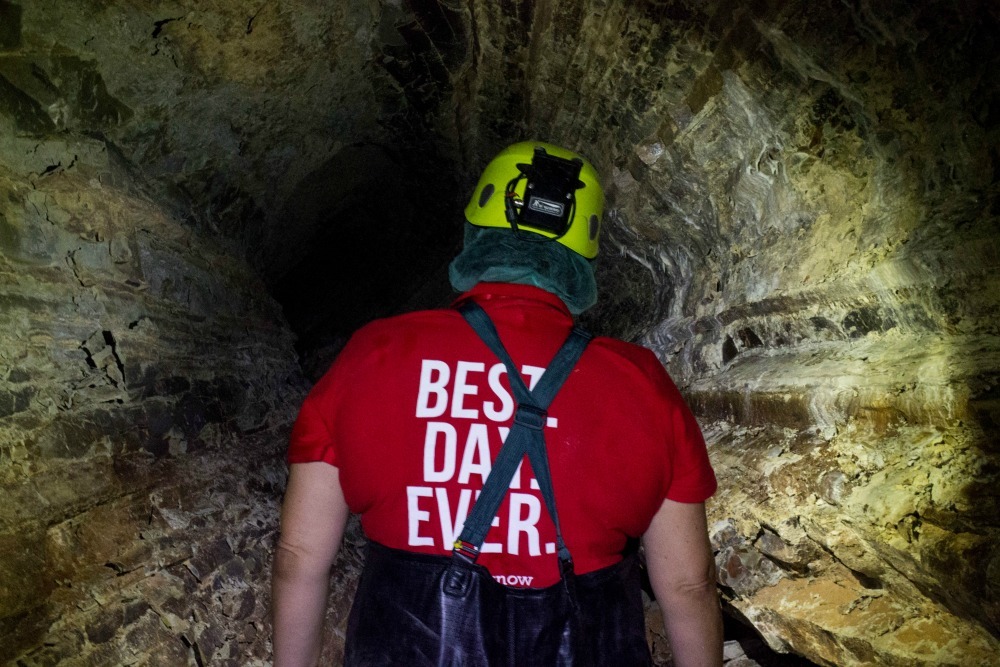 “From the outside, it was just like any other grave…”

Maja, a guide with Split Urban Adventures, isn’t your average history buff. She has uncovered the past with her own hands during her career as an archaeologist. But in her years of digging sites, one experience stands out the most.

“I was working in Trogir, and we were excavating under a city street,” she explains. “Just 20 centimetres under the asphalt we found Roman graves. It was mostly children and teenagers. Since I was supervising the group, I didn’t have much time for digging, but I chose one plot and said, ‘No one is going to touch this one, I’m going to dig it.’ From the outside, it was just like any other grave, but something was drawing me to it. I found a teenager there with a silver ring and a sack filled with organic contents. That was the only grave that had anything inside. At the time when they were buried, Romans did not normally leave any personal jewelry with bodies, so it was an unusual find.”

To Maja, moments like that are why she decided to become an archaeologist. The pieces she found were eventually sent to forensics to discover more about the teenager’s diet and lifestyle, then placed in a museum to educate others on her findings.

“The experience taught me that you can find anything anywhere, and that intuition is sometimes good, because I was sticking to that grave without any reason for it.”

Croatia is a unique playground for archaeologists because of the multiple cultures that have settled in the area since prehistoric times. This requires excavators, like Maja, to have a greater awareness of the past.

“A field archaeologist needs to know a little bit about everything, because you need to distinguish different times and layers in the excavation process,” she explains.

The country is a mixed pot of powerful civilisations; along its coastline, Roman and Greek eras dominate, while inland there is a presence of the Austro-Hungarian Empire.

Today, Maja shares the knowledge she learned on her digs with visitors, as she guides them around Split on Urban Adventures tours. Her unique past and education give her a leg up on other guides in town. For her, giving a tour is about telling a tale.

“I relate historic facts but also combine them with stories about local life and the modern city of Split. Sometimes archaeologists focus too much on details, but to keep people’s interest you need to make it into a story. That is what I try to do as a guide.”

Her favourite part of working with Urban Adventures is that it combines her education and passion for archaeology with meeting people. “I’m blessed that I’ve had two different careers in my life, and I love both of them.”

However, her path to become an archaeologist was not easy nor easily accepted. At 17, she went on a trip to Pompeii that changed her life. “It was only two hours at the ruins, but when I came back to Split my mind was set — I wanted to be an archaeologist.”

But when Maja told her friends and family her decision, she was met with resistance. At that time, it was uncommon for a woman to choose such an adventurous field. Yet, she was determined to succeed in her newly found passion. “In Split, we have something called dispet, which means you do something in spite of things.”

Maja eventually studied in Zagreb and obtained a job as a field archeologist. “I am proud that I decided to become an archaeologist even though everybody else thought that it would be a problem for me to find a job.”

In many ways, it’s like Maja is still excavating modern-day Split in her role as a tour guide, learning from the increasingly diverse people who make up the city, and the contemporary culture that is shaping Split — such as the Game of Thrones fans who come to see the show’s filming locations. Maja has made her city into her own archaeological site, bringing others into its ancient ruins and telling tales old and new. I can only wonder what she will uncover next.

Split is the main urban, cultural and busy center of Dalmatia. The city of Split within 1700 years and a variety of archaeological, historical and cultural monuments, among which there is the famous Diocletian’s Palace being the essence of the present city of Split, it is a part of world heritage by UNESCO, with appeal and warmth of the modern Mediterranean city. This is an eternally young city that lives in a slow pace making it very easy to adapt to. The first inhabitant of this city was the Emperor Diocletian, who had ordered today’s famous Diocletian’s palace to be built.