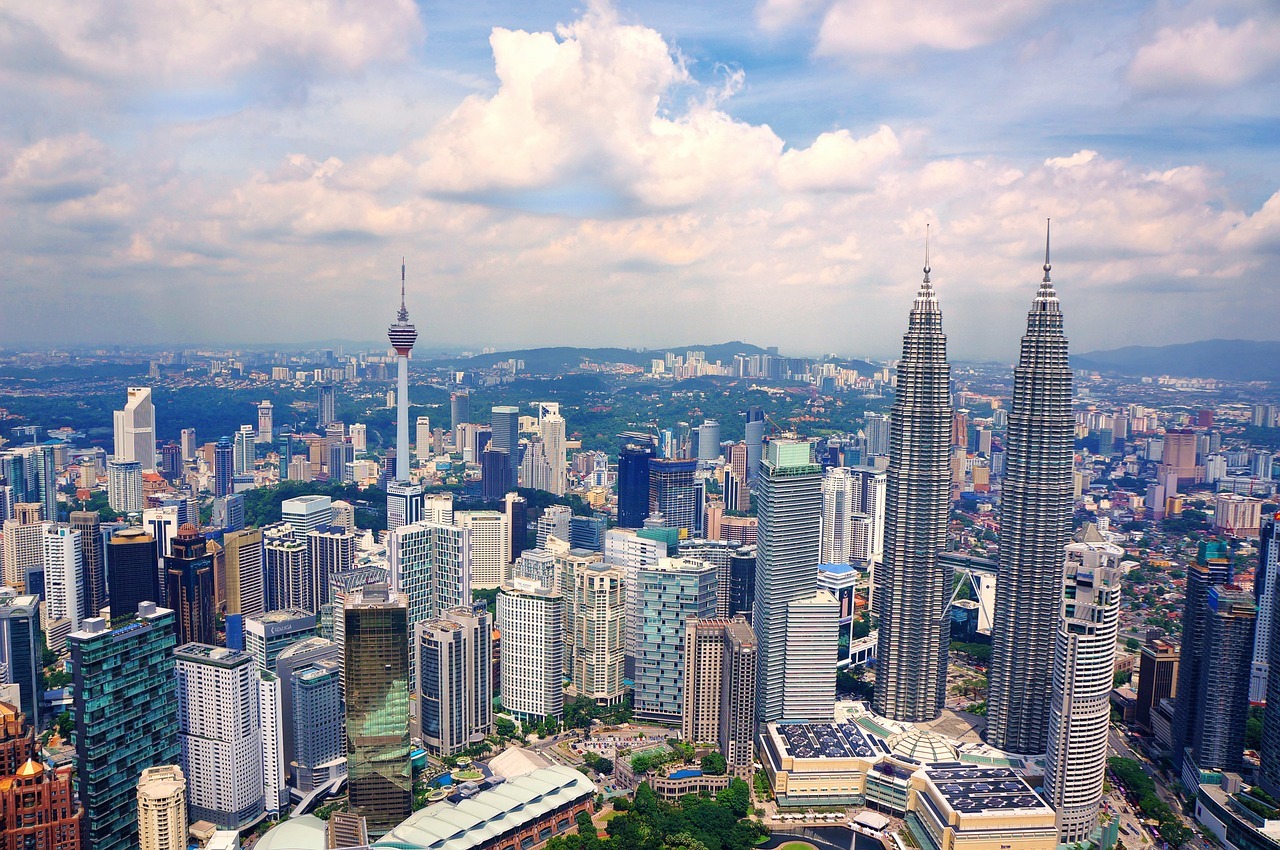 Malaysia’s capital of Kuala Lumpur (KL to locals), is a beautiful blend of old and new. The city’s skyline may be made up of sparkling skyscrapers and the iconic Petronas Twin Towers, but closer to the ground you’ll find bustling street food stalls alongside world-renowned restaurants, and multi-floor megamalls within blocks of traditional markets. Attractions of all kinds abound and there’s something in KL for nearly every type of traveller. Ready to go? Check out the best tips for visiting, courtesy of our local Kuala Lumpur tour guides.

Getting to and from KUL

The best way to get from the airport to the city centre is by taking the KLIA Ekspres train, which should get you into the city (KL Sentral) in about 30 minutes. Trains depart every 15 minutes during peak hours and every 20 minutes during off-peak hours. You can catch the KLIA Express train at Level 1 at KLIA terminal, or at Gateway@KLIA2 at KLIA2 terminal.

Getting around Kuala Lumpur

There are several good ways to get around KL on public transportation, which offers a fast, efficient way to see the city. As a visitor you will most likely be relying on the Rapid KL Rail services (LRT, MRT and KL Monorail lines). The cost of your fare depends on how far you’ll be travelling, and single journey tickets can be purchased at ticket vending machines or over the counter at all RapidKL Rail Stations. If you’re going to be in KL for more than a day or two, your best bet is to buy a prepaid MyRapid card for MYR 20 which comes with MYR 10 already on it. You can use it on all LRT and monorail stations operated by Rapid KL Rail.

Another good option for travel within the city centre is the Go KL City Bus, which takes you to the city’s most popular districts, train stations, malls and attractions completely free of charge. Buses are pink (so you can’t miss them) and run four routes (green, blue, red and purple). The comfortable, air-conditioned buses run every five minutes during peak hours and every 15 minutes during off-peak hours.

Things to do in Kuala Lumpur

More commonly known as Little India, KL’s vibrant Brickfields area is a great neighbourhood to explore for its tasty (and cheap) food, including banana leaf meals (curries, rice and chutneys served atop a banana leaf), and deep-fried goodies like pakoras and samosas served street-side. You can also find many traditional Indian goods here such as saris, spices, flower garlands and Bollywood music. If you want to spend even more time in Brickfields, our KL Food Experience tour (led by local KL guides) spends some time here.

Central Market, also called Pasar Seni, was built in 1928 and used to be a simple wet market. Now, the airy market, housed in an Instagram-worthy Art Deco building, offers your best shot at scoring some unique souvenirs and handcrafted KL keepsakes. If you get hungry while shopping, head up to the market’s first floor food court where you’ll find some cheap and delicious authentic eats.

KL Forest Eco Park, formerly known as the Bukit Nanas Forest Reserve, offers the chance to be surrounded by lush greenery without ever leaving the city. Founded in 1906, this is one of the oldest permanent forest reserves in Malaysia, and the only remaining tropical rainforest in the middle of Kuala Lumpur city centre. Make sure to check out the Canopy Walk, an aerial bridge that takes you above the forest canopy and provides beautiful views of the city below.

While not as tall as the Petronas Towers, 421-metre Menara KL is the world’s fourth-highest telecommunications tower and offers amazing city views. There’s a revolving restaurant at the top, and an interior observation deck at 276 metres. Depending on weather conditions, the tower also has a cool open-air deck at 300 metres.

Spend some time learning more about Malaysian history and culture with a visit to the National Museum, one of the city’s best. Built in the style of a Malay palace, the museum houses four exhibition galleries featuring Malaysia’s history and rich cultural diversity from prehistoric times to present-day.

Looking for more things to do? Urban Adventures offers day tours in Kuala Lumpur and beyond, all led by local experts and that will give you a taste for local life:

KL Food Experience
KL is a big city with an even bigger appetite. Join a local guide on this Kuala Lumpur tour fully loaded with noodles, sweets, and coffee. By the end you’ll swear to never dine at a tourist-trap restaurant again!

Tastes of Ramadan Pop-up Tour
Take in the vibrant community spirit of Kuala Lumpur during Ramadan by tasting your way through the city, experiencing a buzzing Ramadan night market, and mingling with local merchants to understand how their trade changes during this holy month. This special time of year brings renewed appreciation for holy sites and late night bites, and you’ll get a front row seat!

Tastes and Traditions in Penang
This Penang walking tour will set your taste buds salivating as you sample the best of the city’s street food scene and learn about traditional Malaysian cuisine, made up of Malay, Chinese and Indian flavours. There’s no better way to literally taste the cultural diversity of Penang!

A Bite of Borneo by Bike
Eat and feast like a Bornean local! Hunt for authentic local street foods along Kuching’s heritage trail, before crossing the river on a traditional boat to cycle through the Malay kampongs for more bites. There’s no better way to experience the culinary diversity of Borneo!

Kuala Lumpur on the big screen

KL has a burgeoning live music scene, so you can always try to see and show once you’re there. Or, listen to some Malaysian bands before you go, like all-female trio The Impatient Sisters, pop band Ferns, or indie rock band Kyoto Protocol.

Read some books by Malaysian authors before or during your trip. A few to check include non-fiction work Life’s Like That: Scenes from Malaysian Life by Lydia Teh, The Rice Mother by Rani Manicka, and Made in Malaysia: Stories of Hometown Heroes and Hidden Gems by Alexandra Wong.

Kuala Lumpur is a melting pot of incredible food, cool city hustle and bustle, infamous architecture (we’re looking at you, Petronas Towers) and just about everything else we love about Southeast Asia. Jump on a KL tour with Urban Adventures to see the sights and eat the bites of this vibrant Malaysian city with the people that know it best, the locals!