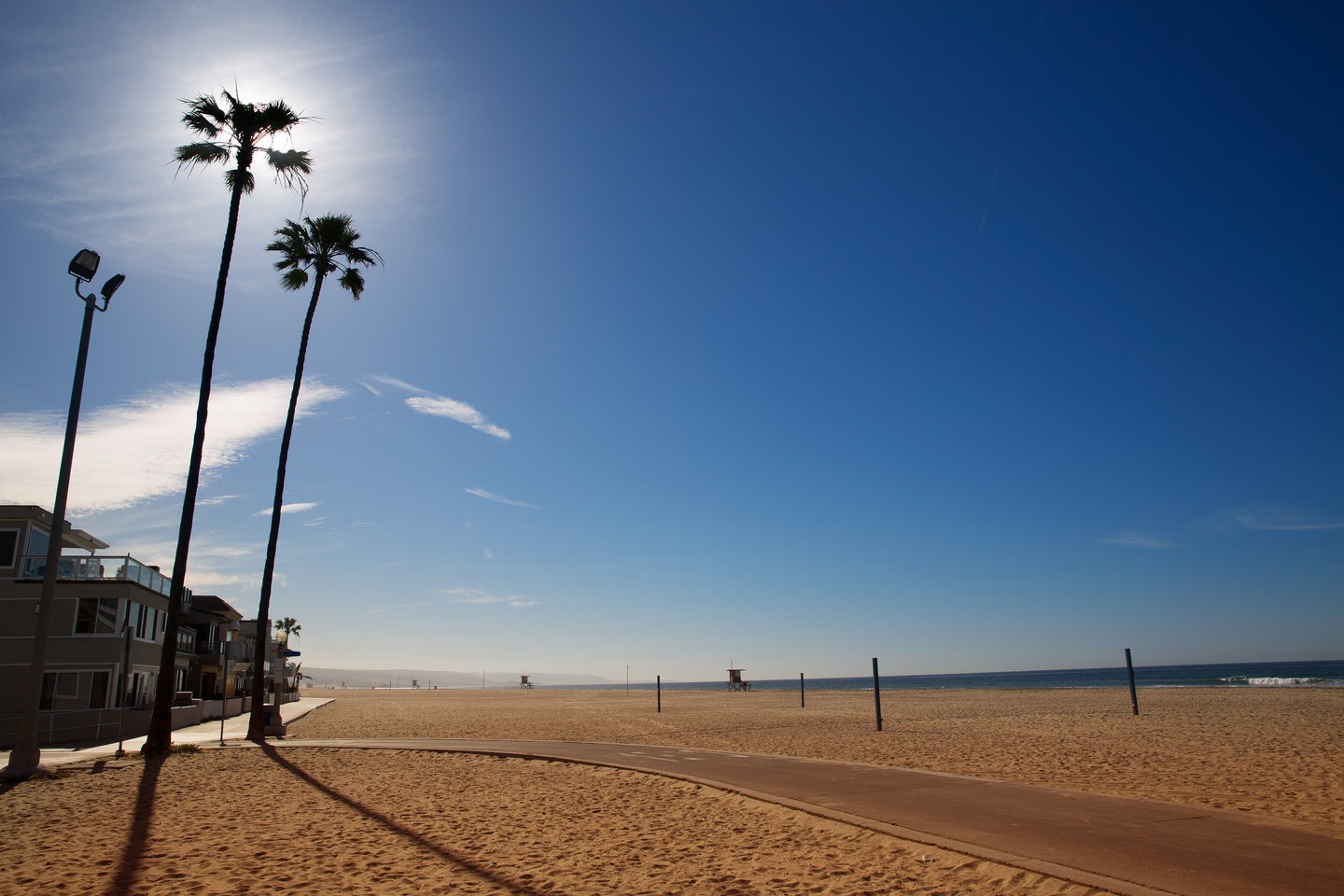 Orange County, or the OC, might be best known as home to Disneyland, but there’s so much more than theme parks to this cluster of Southern California beach cities. This is where you’ll find the region’s most famous beaches, spread out along well over 60 kilometres of coastline, as well as some famous spots to catch a few waves, and more than 1,200 public parks, including Orange County Great Park’s 1,300 acres. Learn everything you need to know before you visit — and feel like a local while you’re there — with tips from our local Orange County tour guides.

Getting to and from SNA, LGB and LAX

The major airports around or in Orange County are John Wayne Airport, Long Beach Airport and Los Angeles Airport. No matter where you fly into, your best bet for getting to and from the airport to wherever you’ll be in Orange County is by taking a taxi or using a ridesharing service (Uber, Lyft). All airports have a taxi and ridesharing spot at the curb outside of the airport and how much time the ride takes and how much it will cost depends on where in Orange Country you’re coming or going from. A sample of ridesharing fares using Newport Beach as an example destination is below to give you a general idea:

Getting around Orange County

Orange County is a combination of more than 30 cities grown together. This makes it a fantastic, diverse area, but one that can be tricky to get around. Public transportation is an option but can sometimes seem complicated and takes a long time. As all over the Greater Los Angeles area, ridesharing is the go-to for locals. Apps such as Uber and Lyft are the main form of transportation if you don’t have a car yourself.

OCTA is the Orange County bus transit if you do feel like riding the bus. It’s affordable, but it will take time. This service only works in Orange County itself and the regular bus fare is USD 2 per bus with one free transfer.

Another option is Metrolink trains, which have three lines and 11 stations in Orange County. Fares are based on where you start and end your trip and each station has ticket machines where you need to buy your pass before you board. Options include one-way, roundtrip, 10-ride and monthly passes. If you’re visiting Orange County over the weekend, there is a weekend pass for USD 10. Use the trip planner to help navigate your route.

Things to do in Orange County

Sports fans take note: the OC is home to two major teams, including the Anaheim Ducks (ice hockey) and the Los Angeles Angels (baseball). If you like surfing (or at least watching the experts ride the waves), the Vans US Open of Surfing also happens in Orange County at Huntington Beach Pier. Ticket prices for sports games vary, but you can expect to pay between USD 30–45 for a Ducks game and between USD 15–50 for an Angels game. It’s free to watch surfing at the Vans US Open.

There are several great summer festivals in Orange County. The festival with the most SoCal feel is Ohana Festival in Dana Point. Tickets are USD 200 for three days. Day tickets are also available. Doheny State Park is a fantastic outdoor location right on the beach. The festival has a great line-up with always a local touch. Eddie Vedder from Pearl Jam lives in the area and is part of the organisation.

The beach is a must when you visit Orange County, in particular the coast along Huntington Beach for its wide, sandy stretches and the more than 500 fire rings available on the beach for free on a first-come, first-serve basis. Get even more beach time in (including one of those bonfires) with our Sunset, Surf & Sips at Huntington Beach tour.

Huntington Beach is also known as Surf City USA and has over 50 days of surfing events every year. It’s also home to the International Surfing Museum. Surf camps and lessons are available throughout Orange County if you want to try your hand at catching some waves.

For some culture, make your way to Laguna Beach, which is home to 100 art galleries and artist studios. In terms of festivals, the Festival of Arts Fine Art Show features works for sale by 140 Orange County artists, and also includes art workshops, tours, live music, special events and more. Depending on when you visit, First Thursdays Art Walks are held on the first Thursday of every month from 6pm to 9pm and are free to the public.

Looking for more things to do? Urban Adventures offers day tours in Orange Country and beyond, all led by local experts and that will give you a taste for local life:

Feel SoCal! Enjoy Dana Point
Uncover the secrets of beautiful Dana Point as you sea kayak your way to Doheny Beach before floating back to the harbor where you’ll enjoy a delicious lunch. Learn all about the interesting history and folklore of Dana Point Harbor and pay a visit to the Ocean Institute, then traverse the Headland trails for some truly spectacular views.

Sunset, Surf & Sips at Huntington Beach
Find out why Huntington Beach is the genuine Surf City USA as you immerse yourself in surf and beach culture on this super chilled-out afternoon/evening tour. Visit the International Surf Museum and take a journey into surf history. Jump on an electric bike and cycle next to the legendary Pacific Coast Highway. Enjoy a beer and a snack at the oldest brewery in town overlooking the beach. Finish the day with a breathtaking Pacific sunset on the beach, toasting s’mores by the fire. True Americana!

Newport Beach – Locals on Tap
Take a scenic stroll around Newport Beach and then dive into its bar scene with a local guiding the way. Enjoy the sunset from the end of the pier, followed by a ferry out to Balboa Island for some more boozy fun! This tour is designed to get you acquainted with the South Californian beach life vibe, so grab yourself a beer and come toast the endless summer sun with us!

Sips of Old Hollywood, Los Angeles
Take an early evening stroll along LA’s “Walk of Fame” and soak up the atmosphere of Old Hollywood at its iconic bars, lounges, speakeasies, and mobster hangouts. Admire the Art Deco architecture and opulent theatres flanking Hollywood Boulevard, while hearing tales of Hollywood folklore and Golden Age gossip. Fuel yourself along the way with a few drinks and a light snack.

Old Town Tequila & Tortillas, San Diego
Get a taste of Mexico in San Diego’s most historic neighborhood! Take a short hike to the birthplace of California, then explore one of the best-kept-secret corners of San Diego. Along the way, snack and sip on authentic handmade tortillas and some of the world’s best tequilas.

Orange County on the big screen

Orange County is a comedy film which is all about SoCal lifestyle and a good one to watch before you visit. And of course, from the small screen, The O.C., a television show about a troubled outsider teenager in the high-class world of Newport Beach, Orange County.

Obviously, surf related music, from the Beach Boys to Sublime, breathes a SoCal feel. The most famous band from Orange County is No Doubt, which always had a friendly rivalry with Sublime when playing locally. But the song that reminds everyone the most of Orange County is the theme song of The O.C.: California by Phantom Planet.

A Model World and Other Stories by Michael Chabon is a collection of great short stories on daily lives of Americans with Orange County as a backdrop.

Orange County, California is a cluster of South California beach cities which holds everything you wish for. It’s that place where you think of when you think of being on the beach. Great weather, amazing white beaches, fantastic waves, outstanding world food, good vibrations and unseen diversity. I called it home sense I picked it as the best spot in the world, it holds all I need to thrive! It’s also the place where American’s go on their holidays or people from all over the world come to feel that specific, laidback SoCal feel.

What lockdown has been like in Philadelphia
Philadelphia Wellness Guide: Healthy Eating, Exercise Options and More
A Simple Guide to Thai Temple Etiquette
Ultimate Guide to Being Vegan in Philadelphia
Lonely Planet Best in Travel 2020: What not to miss according to locals