Blog > Things to do in: Chania, Crete 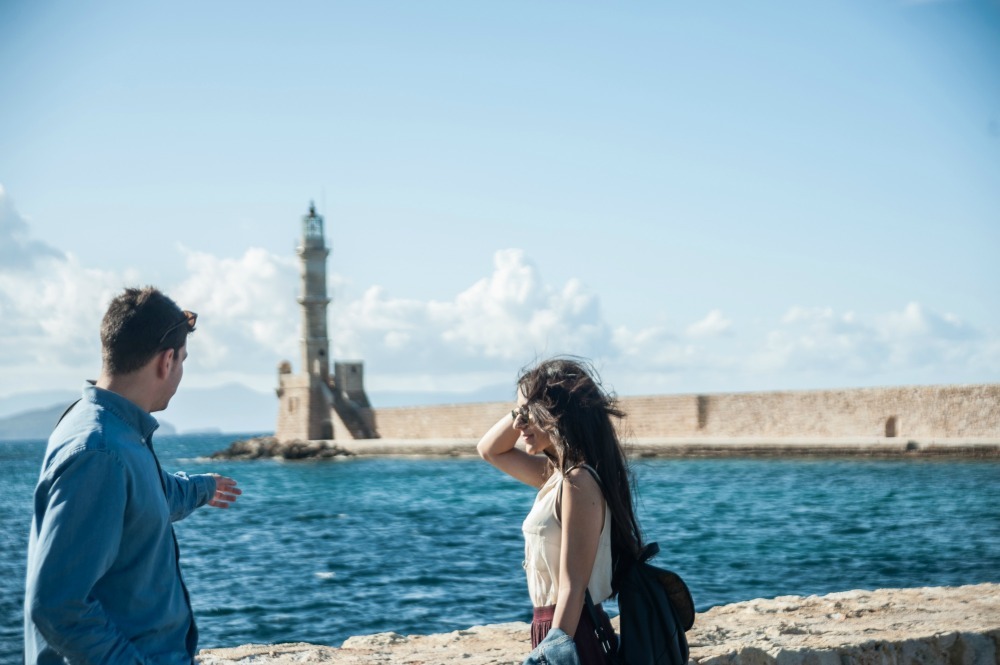 Things to do in: Chania, Crete

Rebecca Skevaki
Athens
Europe
Greece
Things To Do In

One of the most charming cities on Crete, Chania is the destination of your dreams — if your dreams include narrow cobbled streets, flower-filled balconies, late nights of music along the waterfront, rounds of delicious seafood and heaps of history. There’s a reason that most people who come to Crete find themselves spending at least a few days in Chania — and a few days always leaves them wanting more.

To help you make the most of your visit, no matter how many or how few days you have, here’s our top tips for things to do in Chania, all supplied by our local Crete tour guides.

Be sure to taste the flavours of the Chania market (we can help you with a tour!) | Photo by Crete Urban Adventures

Shop for treats at the Municipal Market

Take a journey back in time by visiting the Municipal Market of Chania, built in 1913 and one of the most important monuments of Chania. This cross-shaped building connects the old with the new, the past with the present. Constructed atop the Venetian fortification walls, it marked the new modern era of the city, and today locals and visitors alike go there to shop for spices, vegetables and traditional Cretan products, or to just relax at the small cafés and restaurants — just as they’ve been doing since it first opened its doors. Browse or shop for culinary delights, local farmers’ produce and souvenirs in this huge building that takes up some 4,000 square metres in the centre of the city. (Hint: Our Street Stories of Chania tour takes you to the market with a local guide to show you the highlights.)

Start your day with some bougatsa

Bougatsa is a true Greek culinary tradition. This breakfast pastry is made from semolina custard, cheese or minced meat filling, stuffed between layers of phyllo. And locals know the best bougatsa comes from Iordanis. This shop has a long tradition and their recipe differs from the other bougatsas that you can find all over Greece. The family-owned store makes its bougatsa with soft local cheese and has its roots in the Muslim community that lived in Chania until the beginning of the last century. In 1924, the owner’s grandfather, who was from Istanbul and had arrived in Chania after the Asia Minor catastrophe, learned the art of this specialty and passed it down his family line. Today, the fourth generation employees serve clients with the same traditional family recipe.

Walk to the lighthouse at sunset

No matter who you ask, one of the top things you’ll be told to do is visit the city’s trademark, the old Venetian Harbour — and we agree. Take an evening stroll along the waterfront and walk all the way to the famous lighthouse. The city’s gem is one of the oldest lighthouses not just in Greece and the Mediterranean, but in the world. The lighthouse isn’t operational today and you can’t climb up to its top as you once could in the past, but the views of it are still splendid. Plus, at sunset you’ll have great photo opportunities as the sun sets behind it, giving off an orange effect. After your stroll, sit for a coffee or a meal at Pallas and enjoy the splendid vistas from its balcony on the first floor.

Watch a film at the outdoor cinema in Municipal Garden

The history of open-air cinemas in Greece began in the early 1900s when peddlers would go around the countryside and set up small screens, where locals watched the black and white animated images unfolding under the starry sky. Today, summer cinemas, with their beauty and coolness, remain small oases in the cramped city and are a uniquely local experience. What could be better than watching a film under the stars among the trees, with the screen just below the imposing old 1924 city clock, and a mere EUR 5 entrance fee.

Visit the neighbourhood of Splantzia

Between the old Venetian Port and Koum Kapi district, there is an area that brings to mind images from the past. It’s the old Turkish quarter that was once inaccessible to Christians. Walk around the 1821 square, with the historic eternal plane tree (used by the Turks for death executions) and the church of Agios Nikolaos, the only church with a bell tower and a minaret. (In August 1645 the Ottomans captured Chania, seized the temple and turned it into a mosque). Today, Splantzia has become the hippest area of Chania, packed with bars and restaurants, plus plenty of other intriguing finds. To the north, there are the ruins of the Dominican monastery, built in 1320 and used as a barracks in the Ottoman domination, while around the square there are interesting accessories and clothes shops (look for the fantastic clutch bags of Georgina Skalidi, the jewellery shop and creations of Sifis Stavroulakis, and the special dresses of Magic Roundabout).

With a history expanding from the Neolithic period, when the first settlement of the city was founded just steps from the Venetian harbour, Chania has seen Romans, Byzantine officials, Arabs, Venetians, Ottomans, and Germans pass through her city streets. Walk through history and hear the city’s stories from a local guide.