Blog > Tips for your first trip to Zanzibar 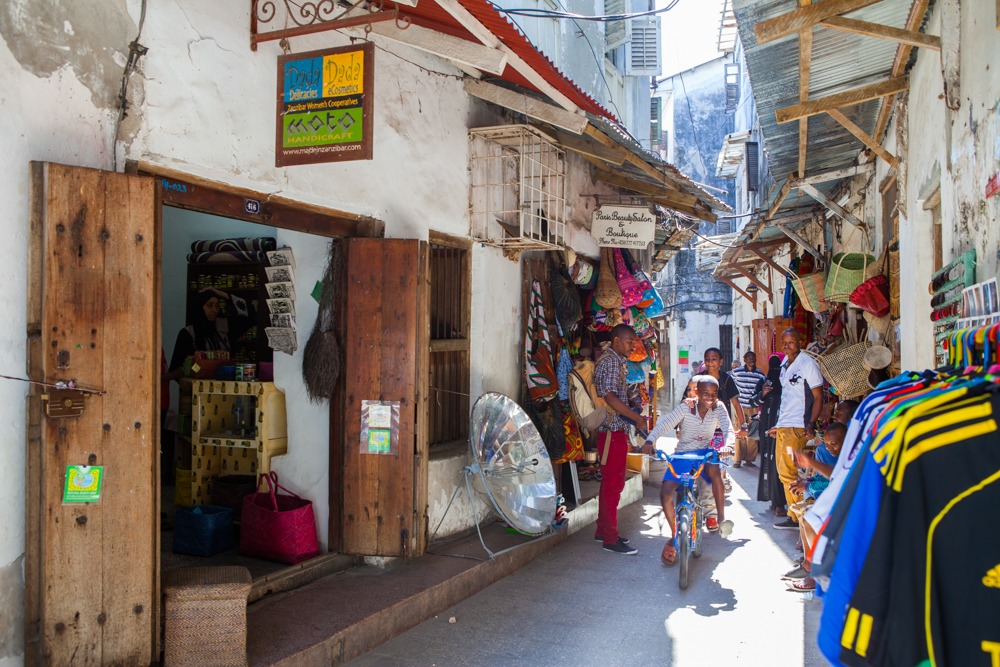 Tips for your first trip to Zanzibar

An African island paradise sits off the east coast of Tanzania and draws in beach-goers and foodies alike. Zanzibar is an autonomous state of Tanzania, and contrary to popular belief, the state is not just the island of Zanzibar, but is actually an archipelago of various islands, with Unguja (Zanzibar) and Pemba being the two largest and best known. Since Zanzibar is nicknamed the Spice Island, it’s no surprise the place is an up-and-coming foodie destination. Equally inviting are the powdery white sand beaches and warm waters of the Indian Ocean. Sound tempting? Here are a few tips for making the most of your first trip to Zanzibar.

If you are short on time, or just want to make the most of your time on the islands, flying to Zanzibar is a great option, especially if you tie it directly into your arrival or departure flights from Dar Es Salaam. The 20-minute flight will only cost an extra 50 to 75 USD and if you’re already at the airport, it’s worth it to avoid city traffic.

If you’ve arrived at Dar Es Salaam by land, you’ll have to decide between the shorter, but possibly confusing journey to the ferry plus the one-and-a-half-hour boat ride, versus the possibility of being stuck in city traffic for hours on your way to the airport for a 20-minute flight.

If you opt for the ferry, take the morning one to and from the island. The winds often pick up in the afternoon making the crossing rough and longer. Your stomach will thank you!

Where as Tanzania in general is evenly split between Muslim, Christian, and indigenous religions; Zanzibar is predominantly Muslim. Expect to hear call to prayer ringing through the sultry air and to see men and women dressed in traditional headdress and kofia (hat, in Swahilli). Be prepared to dress conservatively in the city, with your knees and shoulders covered, especially if you wish to visit the mosques. Save your speedos and bikinis for the beaches.

The charm of the historical area of Stone Town can best be discovered on foot. Spend a morning or afternoon wandering through the narrow streets, taking in the old-world vibe. You will get lost, but don’t stress over it! Shop. Laugh. Enjoy. And eventually you’ll circle around to something familiar. Or, ask one of the shop owners for directions.

Shop ’til you drop | Photo by Shari Tucker

As you wander aimlessly through the quaint streets you’ll pass by store after store of curios and handicrafts. Don’t be afraid to bargain hard if you are shopping — it’s expected. Make sure you plan to pass by the beautiful cathedral, the Persian baths, the clock tower, and the old fort to admire the architecture. If you are interested in learning the history, or want to make sure you don’t miss anything, take a guided tour.

If you are looking for a local market experience, make your way to the Darajani Market. With stalls outside covered by dodgy orange tarps and dimly lit inside, it is full of fruits, vegetables, spices, raw meat, and fish, so prepare for an assault of the senses. It’s not a souvenir market by any means, so you won’t be seeing many tourists — meaning if you want an authentic market experience, this is the place to go. There are various other markets around the city, including the plastic market, but Darajani is a great local experience and easy to get to just on the edge of the historic city centre.

Make sure you don’t miss out on the nightly food market, which sets up as the sun goes down on the waterfront, in front of the clock tower. From local restaurants to the chef next door, it’s the place to try local seafood, pancakes, pastries, and more. Most of the chefs are excited to explain all of the options to you, including each and every one of the fish on their tables, in hopes that you will give their food a try. You’ll find a lot of repetition in the stall menus, but each one has a slightly different recipe, so don’t hesitate to try the same thing by two different chefs. It’s also very affordable, so spread your love around and try something different from several stalls, making a whole evening of it.

Don’t like what you ordered? (I doubt it, but it’s possible). No need to throw it away, just look to your feet and you’re sure to find some hungry cats waiting for your scraps.

Spice up your life

When your island is world-renowned for spices, it’s no surprise that it would be well-known for it’s food as well! With all of those fresh spices, how could you go wrong?

Can you identify this spice? | Photo by Shari Tucker

Despite being one of the ‘touristy’ things to do, the spice tour is incredibly interesting and tasty, too. On the farms in the community of Kdichi, they will teach you about everything from lemongrass to cloves to pepper. They’ll also teach you about plants used for natural medicines, such as the cheeky ‘G&T tree.’ The Gin & Tonic tree is known as the village pharmacy. They boil the bark to make a tonic to treat various ailments.

If you’re lucky, you’ll also get to chow down on a traditional Swahilli meal of spiced rice, chicken, bananas, potato, and masala (sauce), with delicious fresh-from-the-tree fruits as dessert.

Try the spiced rice and chicken | Photo by Shari Tucker

You’ll also have the chance to buy spices and soaps made by locals with products directly from the farm. Fresh cinnamon, vanilla, cloves, lemongrass, and masala spices are all on offer and make great tasty gifts for family back home.

Be a beach bum

A trip to Zanzibar would not be complete without a visit to the famous white sand beaches found on nearly every coast. The beaches within Stone Town are not much to look at, nor is the water safe for tourist swimming, but once you escape city life and head to the north or east coasts, you’re brain will turn off as you dig your feet into the hot, powdery-soft sand.

For about 10 USD (per person, each way) you can travel an hour and a half outside the city to the lovely little resort area in the town of Kendwa on the north coast. There’s not much to do in the little community, but if relaxation is your goal, you won’t be disappointed. With a range of three- to five-star resorts stretching out along a beach as far as the eye can see, you’ll have your choice of comforts. From kayaking, snorkelling tours, and party boats to a beach curio market with local artists or a massage near the water’s edge, there’s a little something for everyone. And, let’s not forget the sunsets. Every night you can watch the beautiful orange sun sink into the water behind sailboats and fishing boats that have moored for the night.

The sunsets here are pretty spectacular | Photo by Shari Tucker

With tasty food, idyllic beaches and a multi-cultural spice trading history, Zanzibar is a great choice as a destination on its own or a relaxing add-on after your bumpy Tanzanian safari. You’ll want to spend no less than four days to make sure you visit Stone Town and the beaches. Sit back, relax and “pole pole,” as the locals say. “Slowly slowly.”

Experience the culinary love affair that is Zanzibar and its 100 year relationship to spices! Not long ago, Zanzibar was supplying 80% of the world’s cloves, earning it the nickname of “Spice Island”. Since then, it’s gotten some stiff global competition for its biggest export, but the distinctive flavours are still very much present in local cuisine and culture.