Blog > Ultimate guide to being vegan in Warsaw 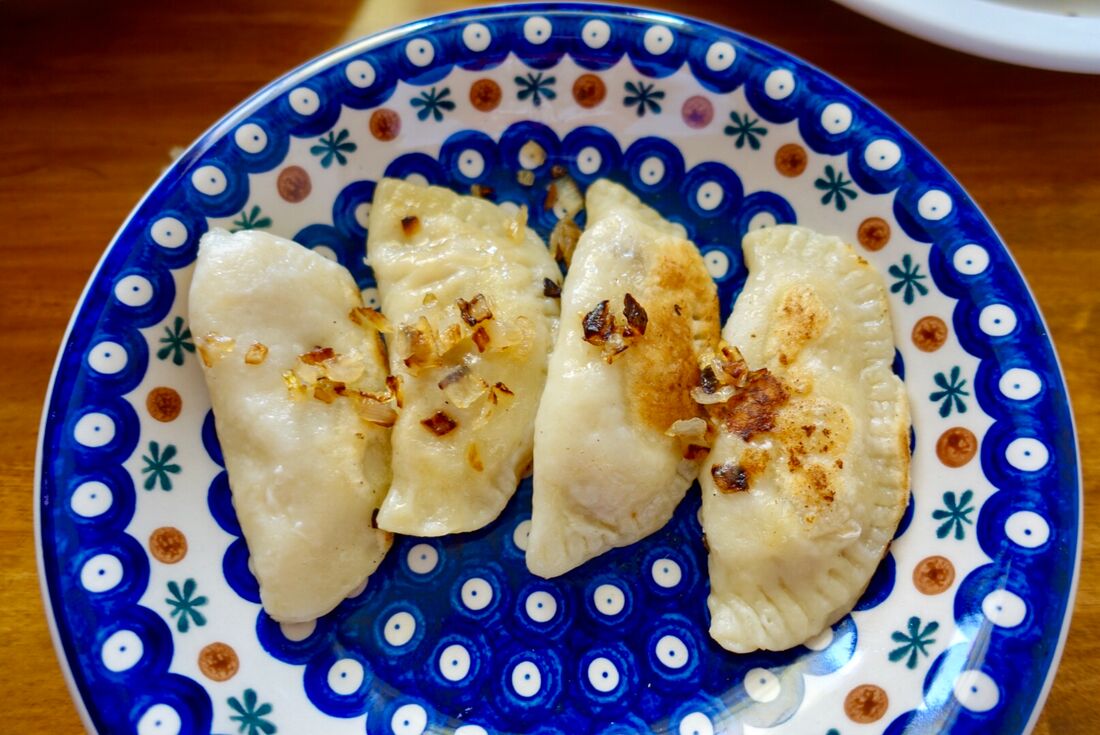 Ultimate guide to being vegan in Warsaw

Vegan in Warsaw? No problem. There are more than 100 spots in Warsaw to satisfy almost any craving (1/3 of them are completely vegan). And the numbers are growing faster than in any city. Warsaw is continually listed among the top vegan-friendly cities in the world by HappyCow, a website and app that makes it easy to find vegan and vegetarian restaurants around the world. With that in mind, we’re sharing some of our favourite places for vegan food in Warsaw.

There are a lot of local, traditional foods in Warsaw that can easily be made vegan along with some that are often inherently vegan (though always ask before ordering). For starters, that classic Polish dish, pierogi, can be made vegan if you omit eggs from the dough (totally possible) and stuff the delicious dumplings with plant-based ingredients rather than cheese or meat.

Borscht, a vibrant and hearty beet-based soup may include meat, but it’s just as tasty without, using vegetable stock rather than chicken or beef stock and omitting the meat. Similarly, cabbage rolls, another Polish staple, can easily be made vegan by sticking to rice and vegetables for the filling.

In addition, depending on the season, you can get some seriously good local produce in Poland, something you’ll notice in the sałatkas (salads) you’ll find. Surówka, for example, basically just means shredded, raw vegetables (think slaw) and it can be made with anything from red or green cabbage to celery root and apples. Just make sure those vegetables aren’t dressed in a dairy-based dressing (which is possible).

Vege Miasto: A great balance between taste, price, and the amount of food they serve, makes Vege Miasto our top choice for eating vegan in Krakow. Save room for their amazing desserts, which are hard to resist even if you are stuffed from a two course lunch (changes daily). In the summer you can dine in a garden.

Wegeguru: This spot is famous for their vegan variations on Vietnamese pho, Tom Yum soup, Indian dahl, Mexican tacos, and Indonesian satay. The portions are big, the staff is super friendly and the bright, wooden interior makes it the great place to relax.

Mezze: Filled with light and greenery in the middle of a small park, Mezze is a great spot for a filling lunch. Hummus, falafel and all the Middle East inspirations make this place one of the best in town.

Shuk: The older and more elegant brother of Mezze, Shuk features big portions, good flavours, and a lively atmosphere. Choose from a variety of hot and cold mezze dishes perfect for sharing. This is a good spot for a more fancy dinner with friends.

Veg Deli: Get your cameral ready! Veg Deli, in our opinion, is one of the most Instagrammable spots in Krakow. Located in a classy tenement house, the space features a bright, whitewashed floor, golden details, a mezzanine, and outdoor tables on the street full of blossoming trees. The menu is quite sophisticated, full of interesting flavors, structures, and colours.

Krowarzywa: Craving a burger? Krowarzywa now has four locations in Warsaw and serves up delicious vegan burgers, wraps, bowls, hot dogs, smoothes and more. The focus here is on using seasonal ingredients and putting a vegan spin on meaty dishes.

TerraVege: This store makes it easy to shop for everything from tofu and vegan snacks, to meat and dairy alternatives.

Nobu: If you’re in Warsaw and in the market for shoes, Nobu makes 100 percent vegan footwear for men and women made from synthetic leather from Europe in a variety of styles.

Ananas: Vegan footwear is also on offer at Ananas, along with vegan, upcycled clothing and accessories.