Blog > Ultimate guide to being vegan in Vilnius 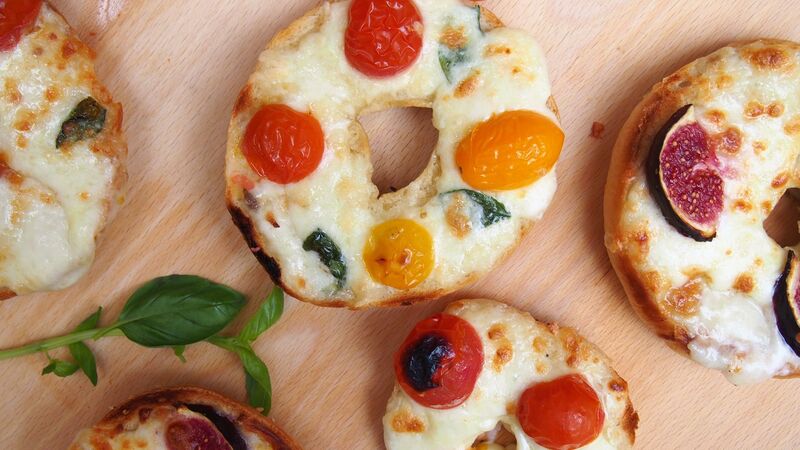 Ultimate guide to being vegan in Vilnius

Eastern European countries tend to be well -known for their love of meat but Lithuania is blazing a vegetable-shaped trail when it comes to dining options for travellers on a plant-based diet. Here our local guide Kestas gives you the lowdown on traditional local dishes that happen to be vegan along with his recommendations for the top vegan restaurants, takeaways and shopping in the city, plus a word on vegetarian events (yes they even have those in Vilnius too!). So let’s dig in… 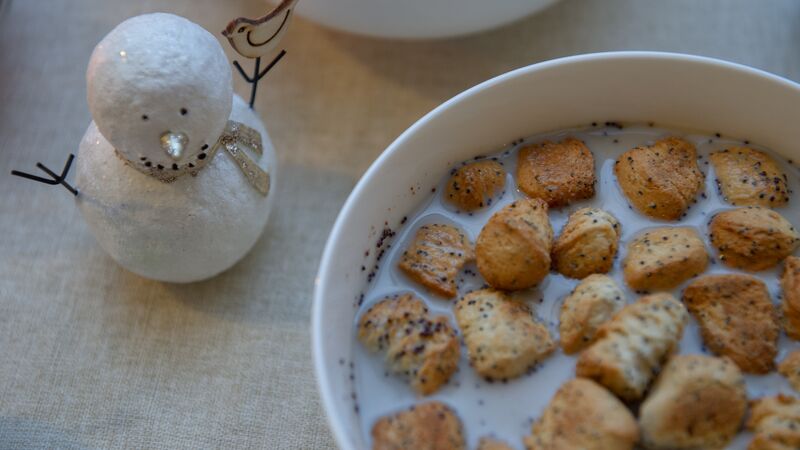 There will be a lot of meat on the menu in a traditional Lithuanian restaurant, that’s a given because you’re in Eastern Europe but we Lithuanians love our fresh veggies too, especially potatoes, mushrooms and beetroot and we can do some wonderful things with them! Baltic mushrooms are our absolute favourite but they can be tricky to track down in restaurants. If you’re on a self-catering trip, I’d recommend a trip to one of Vilnius’ many fresh produce markets to pick some up for a fabulous Baltic soup or risotto. Lots of dishes are cooked using pea flour including potato pancakes, another highlight of Lithuanian vegan cuisine. Stuffed beetroot is usually a good bet too.

If you’re in town during any religious festivals, there will be some extra options to choose from for our vegan friends. Lent dishes in Lithuania (before Easter and Christmas)  such as poppy seed milk, hemp curd, beetroot soup, bread soup, boiled potato dip and buttermilk and onions are all 100% vegan, traditional and most importantly, delicious!

On Christmas Eve, we eat poppy seed milk with crunchy yeast cookies and poppy seeds (the dough does not contain milk nor butter, only water, oil and yeast). Traditionally Lithuanians would consume a lot of cold-pressed linseed oil and/or hemp oil at this time of year too but this has been all but forgotten by the younger generations. 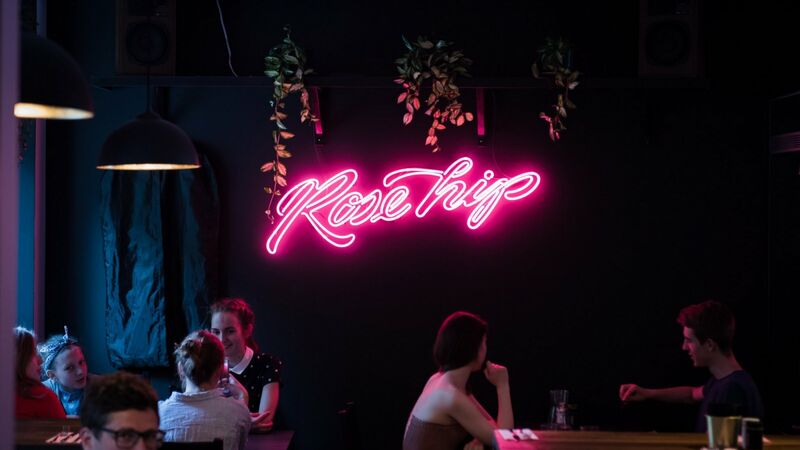 Rosehip is Vilnius’ number one vegan restaurant, offering fresh dishes like beetroot soup, vegan burgers and brownies at mid-range prices. The restaurant is located in the city centre, close to Gediminas Castle and the Palace of the Grand Dukes of Lithuania.

The name means ‘Sacred Place’ in Lithuanian. Šv. Vieta is a vegetarian/vegan restaurant that boasts a hearty lunch menu that won’t make much of a dent in your travel budget. It’s also close to a very cozy old book store called Mint Vinetu, where we’d highly recommend an afternoon browsing session.

Specialising in vegetarian and raw dishes, Botanique‘s Sunday brunch is popular with locals and tourists. Lunches are great to, our favourite thing on the menu are the many delectable soup options; beware though, you may want to come back to try them all.

Indian and Lithuanian cuisine collide at this welcoming fusion restaurant that uses only fresh, unprocessed ingredients. Vegafe do have meat products on their menu, so be sure to double check with the staff that whatever you choose from the menu is 100% vegan. The Vegafe lunch menu is well priced and their cakes are AMAZING!

For anyone who is tired or hungover or who just wants to gorge on treats, Cofmos Coffee‘s all you can eat offer for 8 Eur is hard to beat. They are specialist coffee roasters who offer a vegan/veggie lunch menu and a weekend brunch that comes highly recommended by everyone that’s eaten it, plus mouth-watering raw desserts that trump any egg and butter stuffed rivals. We love the decor and the super friendly staff too! 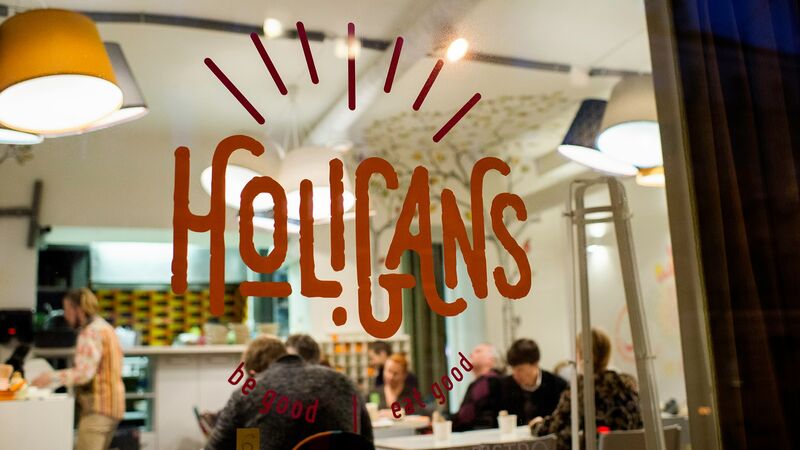 They do takeaway too! See above for details.

Zatar Falafel & Hummus specialise in Middle Eastern food (what else did you expect with a name like that?). Their falafel plates come loaded with tasty goodies such as tabouleh, pitta breads, pickles, cous cous and vegetables. Their smoothies are great too, I always order the Silky smoothie which is tahini, dates, banana, soy milk and cinnamon, the perfect morning pick me up.

Vegans need their pizza fix too and Jurgis ir Drakonas is the place to come for the best pizza in Lithuania. It’s owned by a British businessman and his wife, the well-known celebrity culinary author Beata Nicholson. The pizza is not exclusively vegetarian but the vegan/veggie options are impressive; our vote goes to the Vegan Texas BBQ with jackfruit.

A Jewish bagel canteen that serves up delicious vegan bagels, we also love the soup selection too. Located in the former Jewish district, close to the Holocaust Exposition.

Chaika is a retro cafe that serves up the best vegan desserts in town alongside a wide-ranging selection of good quality teas, roasted Crooked Nose coffee and hot sandwiches.  Enjoy a slice of traditional poppy seed cake here and tick another foodie gem off your bucket list!

This cute little coffee shop recently opened a little kitchenette that offers handmade, vegan, no added sugar desserts and a balanced, healthy early-late breakfast. Every day at 7am the staff at Elska cook oatmeal porridge with turmeric and cinnamon, prepare fresh pearl grits and carefully select only ripe avocados, which they later use for avocado toast, all prepared with love. The coffee is great here too. 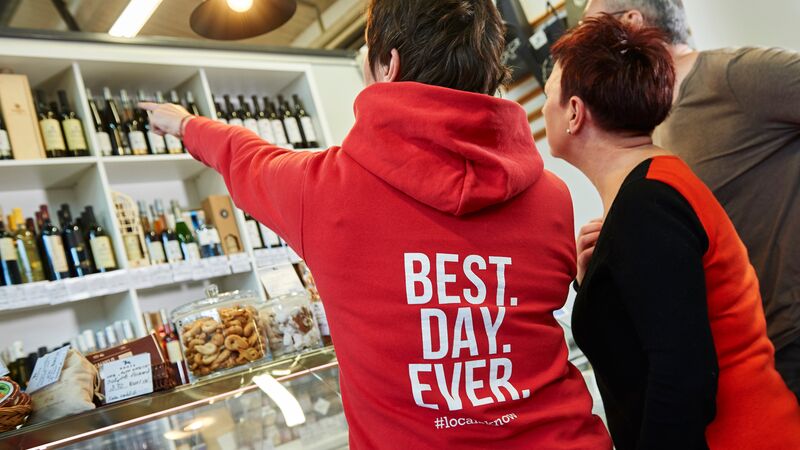 Discover the tastiest treats and most authentic souvenirs Vilnius has to offer on our Made in Vilnius Shopping Tour. | Photo Credit: Vilnius Urban Adventures

An atmospheric  sit-down offering is available (see above) but Chaika also stocks some great quality vegan ingredients and snack foods that will help you eat happily and healthily while you’re in Vilnius. Hit them up for good quality tea, coffee, nut and seed butters, raw bars and vegan cookies.

Veggo Shop is vegan heaven, a dream-like veggie utopia and one stop shop for all your self-catering vegan needs.  place to get all you need

Riešutai Jums (Nuts for you)

Meaning ‘nuts for you’ in Lithuanian (ha ha, we get it). No Europe holiday is complete without buying a bag of nuts and/or dried fruit, it just has to be done. Get yours at Riešutai Jums, which also stocks seeds, oils and exotic syrups.

Stock up on superfoods, chocolate, nut butters and culinary gadgets at Žaliavalgis, which means ‘raw vegan’ in Lithuanian. Every single staff member that works for this popular Lithuanian chain is either vegetarian, vegan or raw vegan, so be sure to ask one of the friendly employees for their recommendations. Impressive huh?

Urban Food provides health conscious consumers with products that are made only from vegetables, fruit, herbs and berries grown in Lithuania. Think Jerusalem artichoke corn sticks and barley porridge with amaranth. There’s no shop at the moment but you can buy their products online. 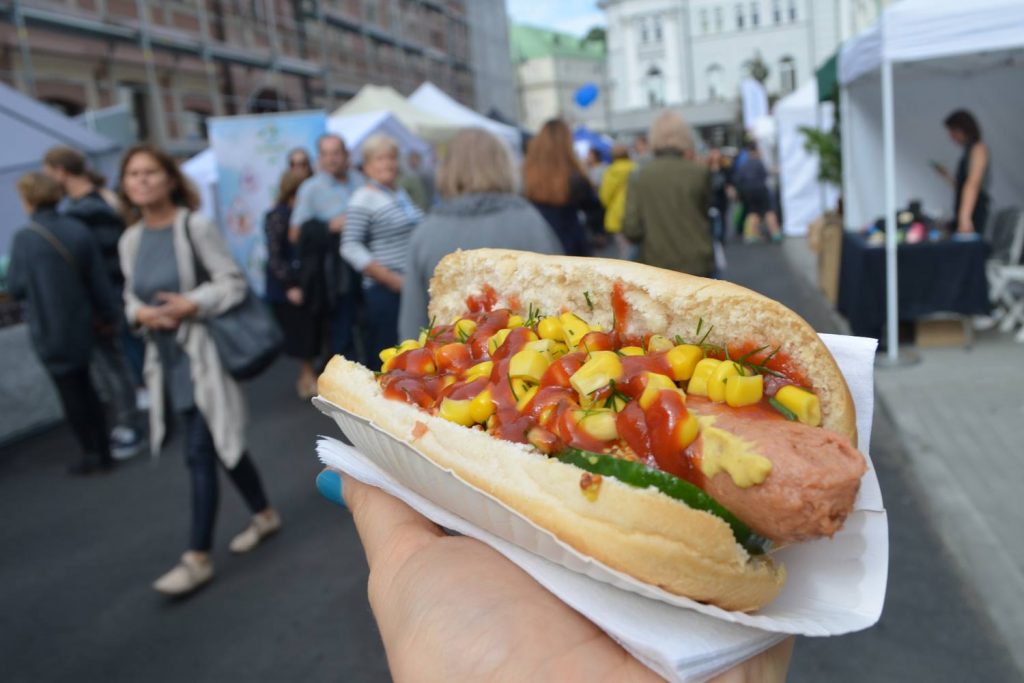 Browsing the stalls whilst enjoying a vegan hotdog at VegFestLT 2019. Photo credit: VegFestLT

Yes, we have a vegetarian food festival too! I told you we love our veggies!  Vegfest LT takes place twice a year, once in the summer and once again in the Autumn and is a celebration of all the mouth-watering fresh produce our farmers produce each year. 100+ stallholders invite you to taste the best of Lithuanian produce; a perfect morning or afternoon out for foodies and anyone looking to pick up some tasty souvenirs from their stay in Vilnius. The event takes place in the Panorama Shopping & Leisure Centre.