Blog > Things to do in: Honolulu 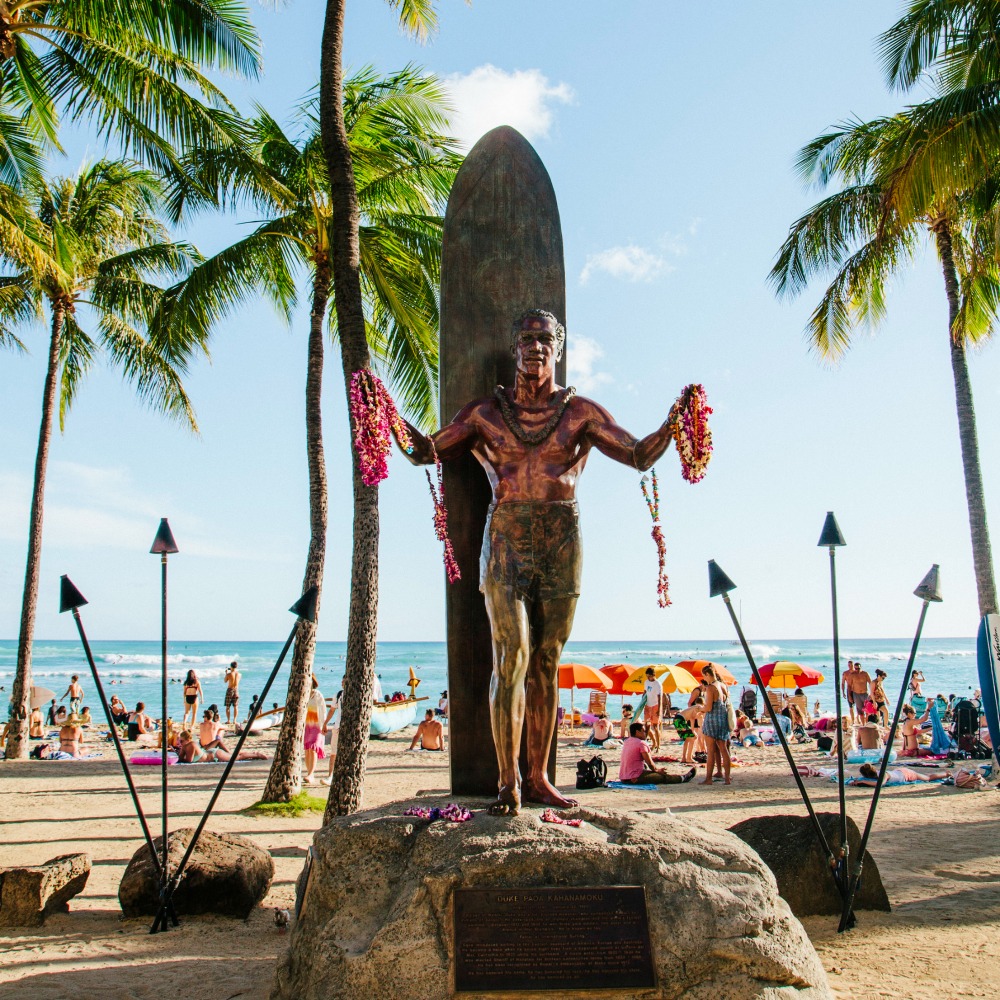 Things to do in: Honolulu

Urban Adventures
North America
Things To Do In
USA

Home to world-famous Waikiki Beach, Hawaii’s state capital is sometimes overlooked as visitors pass through on their way to other islands. Not that the other Hawaiian Islands aren’t well worth a visit, but skipping over Honolulu would be a big mistake since there’s so much to see, do, and eat here. Honolulu is home to not only beautiful beaches, but exhilarating hikes, stunning waterfalls, a rich history, interesting architecture, and some seriously delicious food courtesy of both local eateries and creative chefs putting a fresh spin on Polynesian faves. Here are a few worthwhile activities to put on your Honolulu itinerary.Take in the views from the Makapu’u Lighthouse Trail

A beautiful and easy hike with great views, the Makapu’u Lighthouse Trail takes hikers along a paved trail just over three kilometres round-trip. The lighthouse in question is the historic red-roofed Makapuʻu lighthouse, built in 1909. And while there is no access to the lighthouse itself, you’ll see it from the trail and you’ll want to have your camera ready to capture that aforementioned red roof against the deep indigo of the ocean below. There are viewing areas and rest benches along the trail to admire Oahu’s Windward Coast, and you should also be able to see the island of Molokai in the distance. If you’re really lucky, migrating humpback whales may even be visible during whale season, which goes from December to May. Just note that there are no water fountains or restrooms on route so plan accordingly.

While you might need to go a little way’s out of town to get here, if you’re looking for fresh, authentic Hawaiian food, this place is the best spot to try it. Located just outside of downtown Honolulu, Helena’s Hawaiian Food has been locally owned and operated since 1946 and is still a family-run business. Don’t let the frequent line-ups deter you from ordering up some local favourites like kalua pig, lau lau, lomi salmon, and Hawaiian-style short ribs.

Sun yourself at Waimanalo Beach Park

Not far from the crowded and more tourist-trodden Kailua and Lanikai beaches, you’ll find Waimanalo Beach Park, located on the nearly five-kilometre stretch of white sand that is known as Waimanalo Bay. The beach is relatively uncrowded during the week, making it a good alternative to some of the busier beaches in and around Honolulu. There’s plenty of shade if you need it, courtesy of an abundance of ironwood trees, as well as parking, restrooms, picnic tables, and showers.

Gorge yourself at Diamond Head Market and Grill

Diamond Head Market is a quick, grab-and-go style restaurant, bakery, and deli, where you can find an extensive menu consisting of everything from burgers and salads, to sandwiches and steaks. They are particularly well-known for their fresh-baked scones (with blueberry cream cheese being a local favourite). This is another busy place for both locals and tourists, but the wait usually isn’t very long. There are picnic tables outside where you can enjoy your meal with unobstructed views of Diamond Head.

Also known as the Kaiwa Ridge Trail, this short but steep and rocky hike rewards anyone who tackles it with views of Lanikai Beach, Kailua Beach, and the Mokulua Islands. The hike should take around an hour round-trip depending on how fast you’re moving, and you’ll be getting beautiful views of the island’s windward side the entire time. The “pillboxes” in question refers to the two military bunkers from WWII that you’ll pass at various stages of the hike.